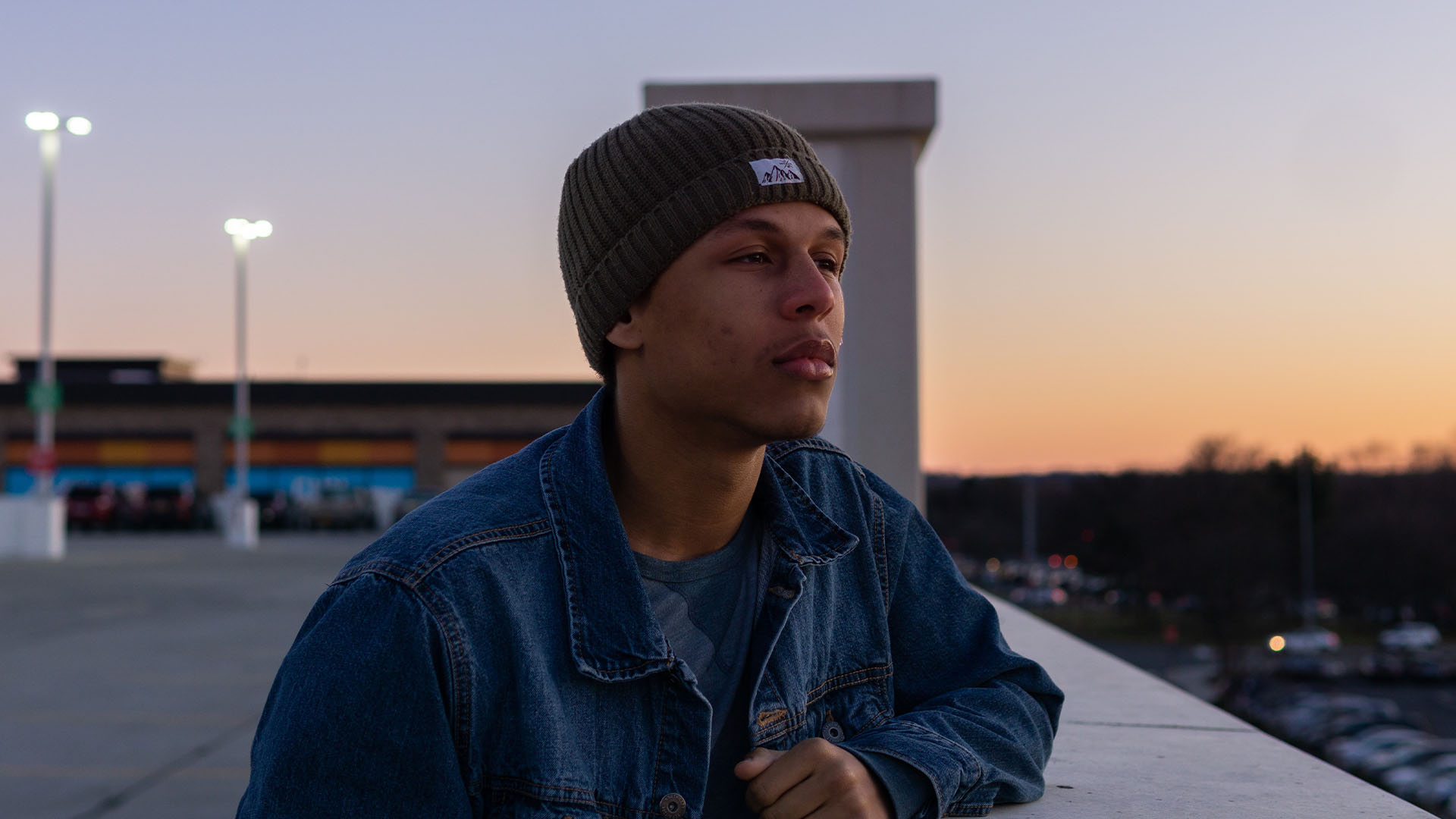 A godly identity should have integrity so that we are the same no matter what circumstances we find ourselves in, but so often hard words or bad behavior bubbles up, and we wonder why?

A. W. Pink was raised in a Christian household, so his parents were horrified when their son announced that he was joining an occult gnostic group. It was not until years later that Pink encountered God, and he experienced a dramatic spiritual revival. He would go on to become a brilliant theologian and one of the most influential Christian authors of the twentieth century. He’s one of my favorite authors.

For all of his intellectual powers, though, Pink was a bit of a recluse. I’m more introverted, so I kind of understand wanting to have time alone, but he really took it to a whole new level. He rarely left his home, except to go shopping or work in his garden. He actually discouraged people who admired his writings from trying to meet him or his wife in person. He had a newsletter of sorts that he would publish theological discussions in, and he put a note in it asking that people stop visiting him.

When he was younger, he was invited to pastor several churches, but then he would get fired or asked to leave. He was obviously very smart and had an incredible knowledge of the Bible, but something was still broken in his heart that affected how he viewed and treated other people. Some people who met him described him as being really critical of others and sometimes very harsh.

Maybe this started to change towards the end of his life, though, because he started writing letters back and forth with a couple people who ended up become lifelong friends. He encouraged younger pastors through his letters. Something seemed like it started to heal in his heart, at least I think and hope so.

One thing that every person wants is to be whole. We want to feel confident in who we are and the purpose for our lives. Believe it or not, it's not just teenagers or young adults or nonbelievers who wrestle with identity. Christians and people of all ages ask the questions: Who am I? What is my purpose in life? What am I called to? If I'm called to something clearly, can I do it effectively? Can I do it with fruitfulness? Can I bear witness to the glory of God in a way that truly impacts the world? Does my life have meaning and will my future hold out to be all that God has for me? Whether we're we're 18 or 88, almost all of us are wrestling with some aspect of our identity.

Let’s examine an oft-overlooked passage of scripture. It’s going to seem strange at first in this conversation about identity, but I think it’s very important, far more than we may realize. “Woe to you, scribes and Pharisees, hypocrites! For you clean the outside of the cup and the plate, but inside they are full of greed and self-indulgence. You blind Pharisee! First clean the inside of the cup and the plate, that the outside also may be clean” (Matthew 23:25-26, ESV). The inside of our cups hold sin but also brokenness. Not always but often, our sins are methods of compensating for our wounds rather than taking our brokenness to God for him to heal.

What does God think about you? Maybe a scripture comes to mind. Oh, God loves me. God forgives me. For others of us it might be God is displeased with me. God is angry with me. God is uncertain about me.

Now I want to ask you a different question, and it's just one word different, but that word makes all the difference. What does God feel about you? Many of us are live up here in our mind, but these things are in our heart. We can quote scriptures that God loves and accepts us, and we’re forgiven and cleansed in the beloved. We can believe these things in our minds, but our heart is telling us a different story.

So many people I've met and had the pastoral opportunity to counsel struggle with this. Oftentimes when I hear their story, they tell me about their problem in their relationship with God, and it echoes other relationships in their lives. They’ll tell me things like "My father was distant, and I feel abandoned.” I’ll ask them later, “How do you feel about God?” “Well, I'm just not sure he's going to be there for me when I'm in trouble.” We project our broken relationships onto God.

If we don’t see God correctly or trust him, we won’t allow him into the deepest parts of our hearts that need healing and cleansing. We won’t let God clean the inside of the cup.

Around 15 years old, I started to feel very lonely. I had been a good kid up to this point in my life, reading my Bible and trying to obey my parents; but I felt all alone. One day, I walked to a nearby gas station, and I saw a stand filled with pornographic magazines. This was before the internet, so places would have these magazines. I knew I shouldn’t look at them, but I just walked nearer and was looking at the covers even as I thought to myself “Oh no, Lord. Why do I feel pulled to this?” I picked one up and opened it.

You know what was strange? I didn’t really feel attracted to any of these girls, but I had this weird image that they were attracted to me, like “These girls think I’m hot.” That’s the lie of pornography: ‘Someone wants you; you’re not alone anymore’, but you are. It isolates you and makes connecting with others more and more difficult. Fifteen year old me didn’t know all of that yet, but I did know that what I’d done was bad, and I felt guilty. I went home, and I fasted and read the Bible more because the scriptures say, “How can a young man keep his way pure? By guarding it according to your word. With my whole heart I seek you; let me not wander from your commandments! I have stored up your word in my heart, that I might not sin against you” (Psalm 119:9-11).

So I was reading the Word of God, and I went to the parts about David because he wrote a lot of psalms and was a man after God’s own heart, right? I read about David going up onto his palace’s roof, and he looks down and sees Bathsheba who’s taking a bath, and I thought to myself, “Wow, I wonder what she looked like. Wait, what? Oh no! This isn’t working!”

Now I know taking heed of God’s Word does work, but it has to work in a certain way. More often, we try to white knuckle it and be bold and strong, saying to ourselves “I refuse to believe I'm hurt.” Instead, we quote scripture like “Do not present your members to sin as instruments for unrighteousness, but present yourselves to God as those who have been brought from death to life, and your members to God as instruments for righteousness. For sin will have no dominion over you, since you are not under law but under grace” (Romans 6:13-14). Everything we’re doing at that point, though, is on the outside of the cup.

How many people in church don't walk in joy? We read verses like where Jesus says, “I came that they may have life and have it abundantly” (John 10:10), and we think, “Well, I kind of have abundant life, but I have all of this other stuff that I’m repressing, that I don’t want to deal with.” We try to ‘confess away’ problems. We say things like “I’ve been healed at the cross”, and that’s true, but until we let Jesus go inside the cup and start cleaning, we’re going to come back to the same sin struggles over and over again.

How many ‘model’ pastors of successful churches or famous Christians have we heard of, and then we find out that they’ve secretly been living in sin for years? How many passionate believers suddenly burn out? Why does this happen?

My suggestion is that these problems don’t arise because of external temptations or pressures. They come from unaddressed issues inside the cup. My father confessed to me one time that he dealt with this in the early days of his ministry. One day, he was walking down the hall and overheard two staff members talking. One guy said, “Brother Dave just asked me to come to his office.” The other guy responded, “Oh, you better bring a spatula because you’re going to have to scrape yourself off the ceiling.” Basically, he was saying that my father was going to blow him up, and my father heard that and stopped. He started praying, “God, what’s causing this in me? I’m snapping at people. Is it an agenda to make everything work the way I want it to be? Is it a trust issue that’s bubbling over?”

Rather than try to cover this up or make the outside look good, my father turned to God and started examining the inside of the cup. I think Jesus would say to every one of us, “Let’s deal with your sin. Honestly admit that there are things that have bubbled up over in your life that you need to repent of, but there are some things in you heart that I need to heal in you.” We all have to go through this process many, many times in our lives. We have to let God heal inner wounds like feeling alone or abandoned. When we fully trust in the promise that we are the children of God and so incredibly loved that the Son of God gave his life for us, then we won’t look to other sources for love and acceptance.

Someone who has allowed Jesus to start working on the inside of the cup can go through horrible external situations and still be unmoved in their faith. They will have a deep internal wholeness and strength to draw upon in midst of fiery trials. Let’s start allowing Jesus to examine the inside of our cup. Let’s trust him enough to allow him to start lifting painful broken things out of us and restoring us so that we have room for the peace and power he’s longing to put inside us. We all want that, right?