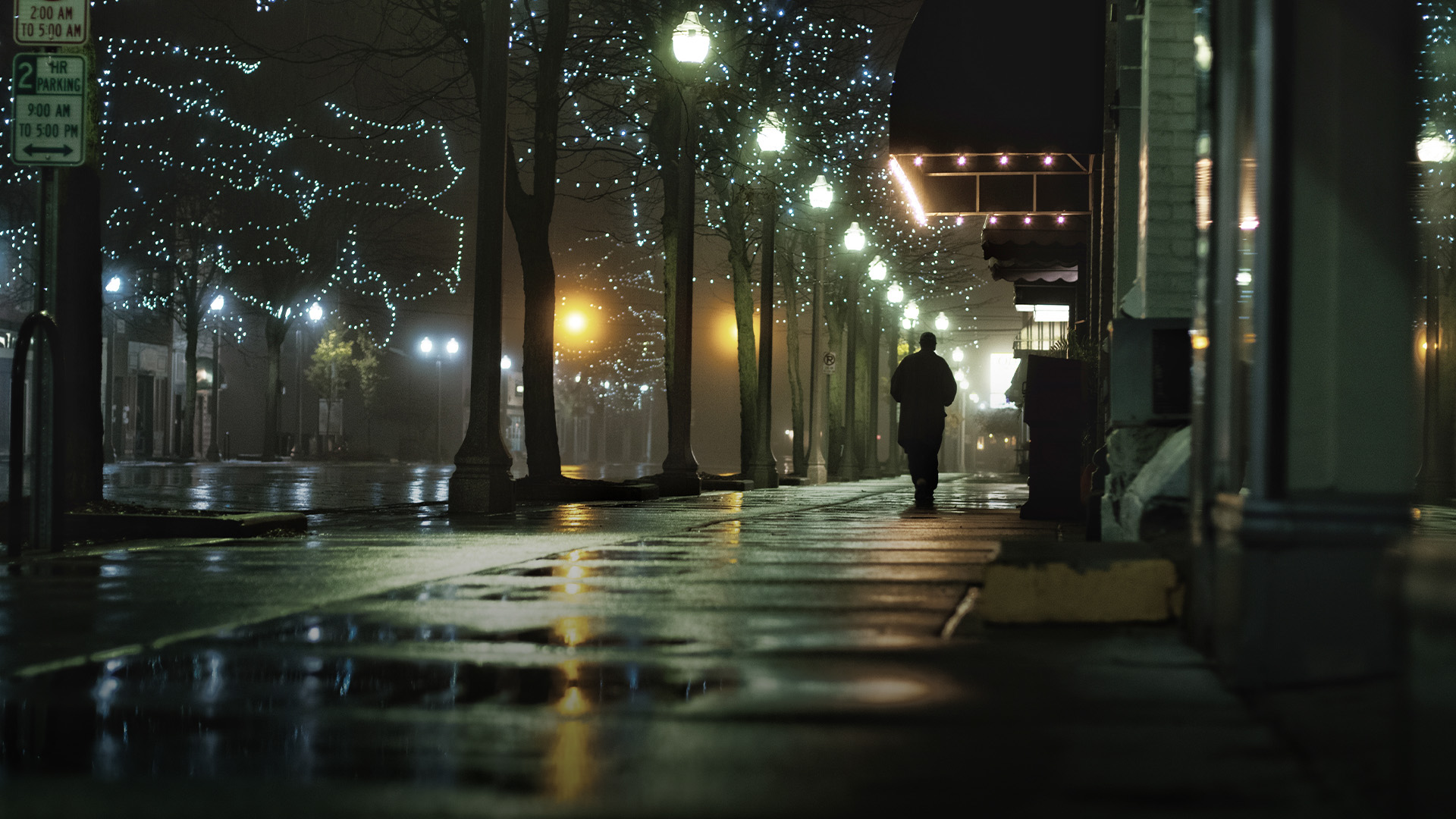 A Song in the Soul’s Dark Night

People often want to talk about the silver lining of suffering, but how should believers respond when there is no clear ‘benefit’ and God seems silent?

Horatio Spafford lost his four-year-old son to scarlet fever the same year that the Great Chicago Fire tore through the Windy City and caused the Spafford family to lose a fortune. They had less than a two-year respite before his wife, Anna, and their four daughters boarded the ocean liner Ville du Havre to travel to England. Horatio was delayed by unexpected business issues but sent the family on ahead and promised to join them later.

About four days into the crossing, the Ville du Harve crashed into an iron-hulled ship. Anna hurried her four children to the deck, knelt there and prayed that God would spare them or else give them the strength to endure whatever awaited. Approximately 12 minutes later, the Ville du Harve slipped into the dark folds of the Atlantic, carrying two thirds of its passengers to a watery grave.

A sailor, rowing a small lifeboat, spotted a woman floating on a piece of the wreckage. It was Anna Spafford, still alive. When they arrived back at land, she telegrammed her husband, “Saved alone… What shall I do?” Another of the ship’s survivors later recalled Anna saying, “God gave me four daughters. Now they have been taken from me. Someday I will understand why.”

Mr. Spafford booked passage on the next available ship to be with his grieving wife. At one point, the captain called Spafford to his cabin and told him they were right at the place where his children perished. He later wrote, “On Thursday last, we passed over the spot where she went down, in mid-ocean, the waters three miles deep. But I do not think of our dear ones there. They are safe…dear lambs.”

According to Bertha Spafford, a daughter born after the tragedy, her father wrote the famous song “It Is Well with My Soul” while on this journey.

Trying to Explain Away the Pain

What’s less well known about Horatio Spafford was how much he struggled with his faith in the later years after his children’s deaths. Deeply disturbed by the suffering and death of children or hard-working, well-meaning people, he would go on to firmly reject predestination of any kind and eventually deny the existence of hell.

Many Christians have great difficulty responding to suffering, especially ongoing pain that is not easily fixed. We want a pat answer or quick resolution. This is one of the major attractions of the prosperity gospel; be a good, moral person, and God will bless you, which means that suffering and hardship is the result of bad behavior and poor choices. Fix those, and all your problems are solved!

In his sermon “Learning Through Afflictions”, David Wilkerson acknowledged falling into the legalistic version of this mentality. After reading about the struggles of missionaries in Mozambique, he said, “I tell you I had a message about the pettiness of Christians focused on depression and their emotional mental problems and the hurts caused by people talking about them and so forth. I was going to get up and really lambast it today.

“Except for one thing. Come Friday, I got up, and something happened to me that very seldom happens. I was depressed. I mean, really depressed!

“I’ve never had patience with people who’ve been depressed because I’ve never been depressed. I was walking around the apartment, saying, ‘What’s going on?’ I had no reason for all of these emotions. Grief, sorrow, self-pity and fear — everything all wrapped up in one deep, dark, blue funk.”

He admitted that he spent hours doing everything he could think of to shake off the grim feelings. He tried taking authority over demons and going on a long walk. Nothing helped, until he simply cried, “Oh God, help.”

Comparing other people’s pain or trying to explain it away is a futile and often harmful exercise. It’s an attempt to diminish one form of hardship with another; it’s often damaging to those currently experiencing trials, and it puts roadblocks between ourselves and the true reason for our suffering.

A Life that Is Not Our Own

Not only does the Bible accurately reflect the hardship and struggles of life, but it points to it as a necessary feature of our walk with God. David Wilkerson had his church turn to this passage and read it out loud: “It is good for me that I was afflicted, that I might learn your statutes” (Psalm 119:71, ESV). He commented a little sardonically, “How many believe that’s in your Bible? Is that in your Bible, or do I have a special edition?”

Sobering, he went on to say, “What kind of theology is this?... It’s good for me that I’ve been browbeaten, troubled, abased, chastened, defiled, hurt, humbled, weakened and depressed. It’s all been good for me…because in the process he’s engraving his laws in my heart.”

Perhaps the most important lesson of hardship is found in the Old Testament, penned by Jeremiah who was often called the ‘weeping prophet’ and who is credited with not only the book under his own name but another titled Lamentations. Jeremiah was imprisoned more than once, flogged, publicly humiliated, thrown into a dry well and left to die.

God could have saved him from many of these horrific trials, but the Lord allowed him to walk through these dark valleys of life. More than once, he spoke of giving up. At one point, he wrote, “What sorrow is mine, my mother. Oh, that I had died at birth! I am hated everywhere I go. I am neither a lender who threatens to foreclose nor a borrower who refuses to pay — yet they all curse me” (Jeremiah 15:10, NLT).

Despite this, he also wrote, “I know, O Lord, that the way of man is not in himself, that it is not in man who walks to direct his steps” (Jeremiah 10:23).

David noted in his sermon, “Afflictions come to drive us to the Lord, to bend our knees, to teach us, to learn, to pray and cry out to God in all of our problems…. I stayed on my knees, crying out to God…. I got into his Word and began to build myself up in the faith, and I began to realize that all I could do is stand still and see the salvation of the Lord, that this was his battle.”

The most valuable lesson that adversity can offer us is a stark picture of our frailty, our complete dependence on God and the trust we must have in his purposes that may never be explained to us this side of heaven. As Jeremiah so aptly put it, the way of my life is not in myself.

The Path Up or Down

As Horatio Spafford’s life unfortunately demonstrates, it is possible to have a correctly humble, trusting reaction to tremendous loss and grief in the beginning and then later allow grief to grow into bitterness that blinds us to biblical doctrine and leads us away from God.

This path can be especially tempting when we go for years without being able to see a ‘spiritual’ reason for our suffering or when we realize that God could never answer our question “Why?” Loved ones who have passed away often aren’t brought back to life; and depending on their beliefs about God, we may know that we might not see them in heaven. What relief can there be for this kind of pain?

Conversely, though, it’s equally possible to respond roughly at first and then step-by-step learn to place our hand in God’s and follow him through the shock, anger and grief. In the sorrow, we learn to sense his presence and see his hand move, although it may never restore what we’ve lost.

Trials and loss become the fiery crucible in which we learn to follow the Lord with abject humility, trusting like a child in a loving Father and a plan we cannot see. Here, and perhaps only here, do we discover a transcendent peace the world can never steal.

As we painfully toil forward in God’s path, we can make Spafford’s famous lyrics take firm root in our hearts.

Whatever my lot, Thou hast taught me to say,

It is well, it is well with my soul.

Though Satan should buffet, though trials should come,

That Christ has regarded my helpless estate,

And hath shed His own blood for my soul….

And Lord, haste the day when the faith shall be sight,

The clouds be rolled back as a scroll;

The trump shall resound, and the Lord shall descend,

A song in the night, oh my soul!