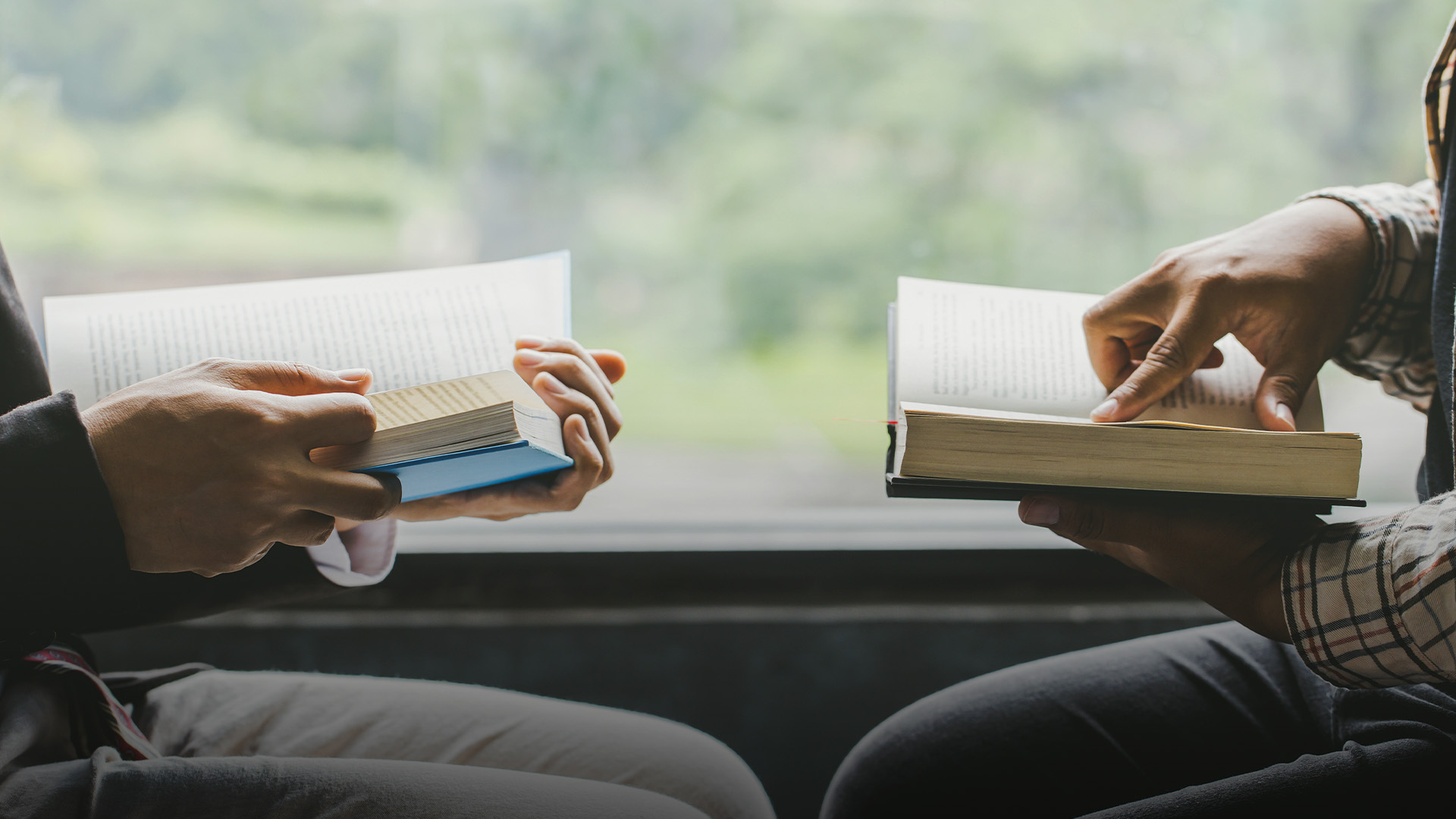 The Price Tag for Heaven

How do we respond to people, sometimes even believers, who seem quite content with their sin and convinced that Jesus is more than happy to ignore all their indiscretions?

David Wilkerson told his audience once about a shocking experience he’d had. “I'm thinking tonight of a young mother. I used to see her pushing a baby carriage up in Harlem, and it bothered me because she had black and blue marks on her. She stopped me one day and said, ‘Aren't you the man working with drug addicts?’

“’Yes ma'am.’ She said then, ‘Sir, you've got to get to my husband Hector. He's one of the worst drug pushers. He's a maniac. He beats me up; he abuses the baby. He’s going to kill us. Please get to him now.’

“We usually don't work like that…but out of pity for that mother, we went to Hector and told him about our program and said, ‘When you get desperate, come and see me.’ A few weeks later, at a point of desperation, Hector came. We took him into the program…. Eight months later, we sent Hector home with a Bible under one arm and a box of candy under the other. It gave me joy to know that we were sending a young man home that wasn't a maniac….

“Two weeks later, I got the shock of my life. I was walking in the back alley, working with some junkies; and there’s Hector on the corner on the curb, dirty, filthy, back under needle worse than ever. I was horrified, said, ‘Hector, what in the world happened to you?’”

Hector finally explained that Carla smoked and drank at home, which was difficult for him to be around as a recovering addict. When he asked her to stop, she responded, “’You get a little religion and come in here and start preaching at me. You make me nervous. I don't like you like this. I liked you better the way you were before.’

“Boy, she started henpecking him and henpecking him for two weeks, trying to seduce him back to the needle. She went out finally and bought two bags of heroin, threw it on the kitchen table with a set and said, ‘Shoot it up. I want you back the way you were.’”

As often as not we find sin comforting. We just don’t like the consequences of indulging it.

In a sermon, David Wilkerson announced to his audience, “We have a type of sinner in America now who won't come to Christ because they have the idea in their mind that some strange mysterious power has overwhelmed them, and they can't help it. They are a victim, you see. Have you ever heard this? ‘The devil made me do it. I couldn't help it. This strange mysterious power keeps pushing me on. I don't want to be like this, but I can't help it.’”

He offered a sampling of some more specific excuses he’d heard in his line of work with inner city ministries: “I can't help what I am; I'm a victim of poverty. I got stuck in this ghetto, and I can't help it. I didn't ask to be born down here. This is where I've been put. I can't help it. Society put this on me.

“Right. I'm not about to tell you that poverty and unemployment are not contributing factors to drag a soul down. However, I can take you to Harlem and show you kids sleeping in hell — mom’s a prostitute; dad’s a drug pusher; brothers and sisters are all stoned on drugs — yet that kid’s a man of God. He's going to go to Bible school and preach the gospel in spite of his environment….

“There's no strange power that's overwhelmed you. No, you’re drawn away by the lusts of your heart. You're doing exactly what you want to do.” David concluded, “There's no such thing as a victim of sin, only volunteers.”

The Apostle Paul wrote about this issue in his letter to Timothy, as he coached the young church leader. “But understand this, that in the last days there will come times of difficulty. For people will be lovers of self, lovers of money, proud, arrogant, abusive, disobedient to their parents, ungrateful, unholy, heartless, unappeasable, slanderous, without self-control, brutal, not loving good, treacherous, reckless, swollen with conceit, lovers of pleasure rather than lovers of God, having the appearance of godliness, but denying its power. Avoid such people” (2 Timothy 3:1-5, ESV).

When we blame others for our sins, we’re excusing ourselves from taking responsibility for our choices. We’re refusing to admit that there’s a real problem, and it’s us. At that point, we will quickly fall prey to our sins’ growing degradations.

The Weak and Fluffy God

The permission to blame others and not take responsibility for our sins comes from a very particular view of God as a permissive grandma deity who looks dimly but fondly at us through a set of drug-store reading glasses. He’s the teacher who hands out study packets and then sits in his office on his phone for the rest of the period, as long as no one gets too rowdy.

If we drink a little too much too often or tell a few little ‘white lies’ every so often, how does that hurt anyone else? No one else is affected, surely.

A ‘personal problem’ ignores the long-term effects of our sin on our physical beings that will impact our ability to serve others and our community, care for our families and not be as dependent on future caregivers. A ‘personal problem’ sidesteps the emotional and relational toll of trust being slowly eroded and respect lost, of potentially leading others astray, of being a poor and hypocritical witness for the gospel. These are all costs that do deeply impact other people. We do pay in the end, and so do the people who love us and surround us.

If churches focus exclusively on God’s mercy and grace, however, people have no reason to consider why God takes such a hard stance on sin in the Bible. If we don’t believe that God finds our sins offensive, it’s easy to skip over all of scripture’s law rather than examine it against Jesus’ words.

After all, Christ told the crowds in his sermon on the mount, “Do not think that I have come to abolish the Law or the Prophets; I have not come to abolish them but to fulfill them. For truly, I say to you, until heaven and earth pass away, not an iota, not a dot, will pass from the Law until all is accomplished. Therefore whoever relaxes one of the least of these commandments and teaches others to do the same will be called least in the kingdom of heaven, but whoever does them and teaches them will be called great in the kingdom of heaven” (Matthew 5:17-19, ESV).

If God in the Old Testament seemed pretty serious about his own laws, and Jesus told people in the New Testament that even relaxing a commandment was bad business, we should probably take them seriously too.

Selling Everything for a Pearl

Why is God such a stickler for the rules? Is he just being a cosmic killjoy? Does he enjoy rapping our knuckles every time we mess up?

Once again, Jesus clearly lays out the answer in response to someone asking about God’s law. In Matthew 22:36-40, a Pharisee and lawyer asked Jesus “Teacher, which is the great commandment in the Law?”

If we love God with all of our hearts and minds, we’re not going to have any room in our lives for sin because there’s no sin in the Lord; sin impedes our ability to connect with him. If we actually want to love our neighbors, not only with our words but also by our actions, we will ruthlessly hunt down and eliminate sin in our own lives so that it doesn’t negatively impact them.

A genuine knowledge of God will dismiss any notions that he’s okay with our sins at any point, for any reason. A genuine desire to grow close to God will leave no room for sins in our lives, instead leading us into the continual work of connecting scripture to the demands of our everyday lives. A genuine love for others will constantly hunt down anything in us that isn’t true consideration for their wellbeing. We will seek out others who push us closer to God, even if it means tough conversations and uncomfortable convictions.

This is the mentality that Christ illustrated in his parable about the pearl of great price. “The kingdom of heaven is like a merchant in search of fine pearls, who, on finding one pearl of great value, went and sold all that he had and bought it” (Matthew 13:45-46).

We must believe that what we’re gaining when we cut away self-indulgent habits or confronting old reactions is truly worth giving up everything to obtain. It’s the pearl of great price, the kingdom of heaven.