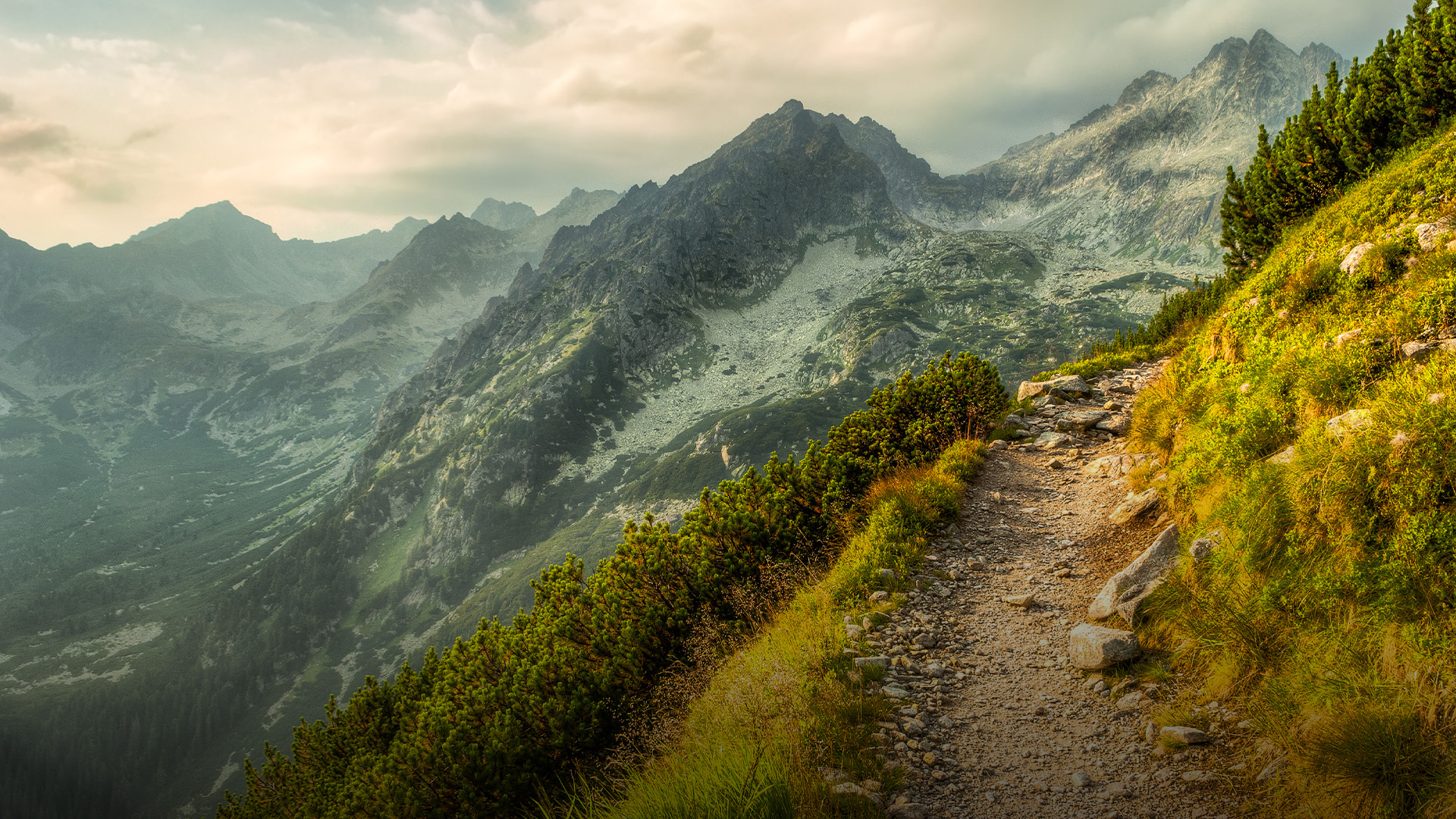 Path of Fools and the Faithful

God’s route to an end goal is usually not the one we would’ve taken, so why does he so often insist on taking us the ‘long way around,’ sometimes through pretty terrible circumstances?

“Have you ever wondered why God made us so sexual, especially when it often seems to plague us with shame?” Jay Stringer wrote in his book Unwanted. “I’ve wondered the same thing. What I am struck by is the reality that sex was God’s idea. And I have to believe that because he invented it, he knows the power it will render in our loves….

“It is vital for us to address our sexual brokenness from a standpoint of the dignity of self and the dignity of our longing for connection. No person, no matter how troubled or vile, can ever escape the reality of being made to grow in maturity and simultaneously receive care, gentleness, and rest in the context of relationships. This is just as true for an infant as it is for a man when he leaves a hotel room after buying sex or watching pornography….

“As we journey through life, we inevitably undergo formative experiences of disconnection from those who were most intended to bring us into wholeness. Cruelty, abandonment, and divorce divide us from our parents. Bullying, abuse, and humiliation divide us from our peers. It is in the aftermath of these stories that we live as exiles ‘east of Eden.’… Sexual brokenness is not a life sentence; it is an invitation…

“Scripture is clear that God moves into human struggle, rather than teleporting us out of it. At the beginning of the Gospel of John, God moves so much into human struggle that he takes on our sarx—the New Testament. Word for the vulnerable, prone-to-sin form of flesh—and ‘move[s] into the neighborhood’ (1:14, MSG). Our sexual brokenness is the geography of God’s arrival.”

Reading this passage by Stringer, I was struck by his unique perspective on deep sin struggles, namely, ‘This is where God enters the scene.’ That said, failure is such a humiliating place for us to be, so why does that so often turn out to be the starting place for God’s work?

Let’s take one or two steps back from that initial question and start with the promise God has given us that he will redeem and save us. Often when we’ve been given a promise from God, we’re naturally eager to see the fulfillment. Who wouldn’t be? Just as often, however, God seems to take his sweet time making that promise a reality. It can be absolutely infuriating. “God said this thing was going to happen, so why isn’t it happening already?”

The frustration inherent in this kind of waiting can ramp up exponentially when a lot is on the line with this promise. These are situations like “God directed me to use a certain gifting I have for his glory, but I can’t use it in my current job, and I don’t see any way to change that right now. What am I doing wrong?” or “We feel certain that God has promised us a child, so why are years of infertility drifting by without God moving? We’re not getting any younger!”

These kinds of situations are certainly nothing new to God. The Bible has more than a few stories about promises God gave his people that seemed to miss their ideal time to come true.

Case in point was the liberation of Israel from Egypt. God promises the enslaved people deliverance. He raises up the man who will lead them out, but right as this man tries to get the show on the road, he fails. “Moses was instructed in all the wisdom of the Egyptians, and he was mighty in his words and deeds. When he was forty years old, it came into his heart to visit his brothers, the children of Israel. And seeing one of them being wronged, he defended the oppressed man and avenged him by striking down the Egyptian…. On the following day he appeared to them as they were quarreling and tried to reconcile them, saying, ‘Men, you are brothers. Why do you wrong each other?’ But the man who was wronging his neighbor thrust him aside, saying, ‘Who made you a ruler and a judge over us?... At this retort Moses fled and became an exile in the land of Midian” (Acts 7:22-29, ESV).

This is definitely not how the Hollywood version of this story would’ve gone. In a sermon, Carter Conlon proposes the reason why God didn’t allow his promise to be fulfilled at this moment.

“Moses came to deliver the children of Israel, and he came with a sword in his

hand. It says he was a full 40 years old, and I suppose that at those times that means he was at the pinnacle of his physical strength. He was a man known for his power. He was renowned for his position in the kingdom of pharaoh. He was learned, he was wise… He was commissioned of God, but he failed to understand that God will never deliver by the strength, the power and the wisdom of man.”

Moses saw how he would accomplish the liberation of a nation. He assumed God had the same scheme in mind. If Moses had succeeded here, though, Israel would’ve been looking to him for salvation instead of God. They would’ve had a man up on a pedestal in the desert instead of a golden calf.

When We’re Not the Hero

Only after 40 years of being a humble shepherd in the desert, becoming a husband and then a father, did God deem Moses ready for the task of emancipation. The New Testament frames his return not as a triumphant liberator but this way: “This Moses, whom they rejected, saying, ‘Who made you a ruler and a judge?’—this man God sent as both ruler and redeemer by the hand of the angel who appeared to him in the bush. This man led them out, performing wonders and signs in Egypt and at the Red Sea and in the wilderness for forty years” (Acts 7:35-36).

Carter Conlon described it as “We know that the United States of America needs a deliverer. We know that Nation of Canada needs a deliverer right in this hour that we're living. What if God spoke sovereignly to our heart and said, ‘I am sending a deliverer to the city of New York, and he'll be arriving very shortly’? We would be looking for somebody very powerful in our natural mind. We'd be looking for somebody that would rip open his suit with a big S on the front of it, with rippling muscles….

“Can you imagine picking up the paper tomorrow, and there was a headline in the New York Times that said, ‘Here comes the deliverer. The deliverer has arrived in New York!’ and it was a picture of an 80-year-old man with his family on a donkey, coming down the highway with a rope over his shoulder and a stick in his hand? You see, God just doesn't do things the way we do them.”

This idea that all of our best ideas won’t even measure up to God’s is a humbling pill to swallow, but it’s vital in order to see God’s plans move forward in our lives. Carter explained, “God had to do a work in this man to get him to a place where he could use him in his Kingdom. He had to deliver Moses of his own agenda. He had to deliver Moses of all of his plans and schemes in the way that he would plot to perhaps set the people of Israel free from the wicked rule that was over them.”

If God had allowed Moses to go forward with his own plan, Moses might have succeeded in an earthly sense. He might’ve freed the whole nation of Israel from Egypt; they would’ve almost certainly made him king. They show that proclivity in later books of the Bible. It’s doubtful they would’ve made it as far as the Promised Land, because why aim for some unknown place when you’ve got water and resources right around you? They tried to go back to Egypt several times during the exodus. Let’s go one step further and say they even took over the land of Egypt; scripture outright confirms that the Egyptians were concerned about this possibility.

Israel then becomes the next Egypt, Moses the next pharaoh and God merely a new addition to the pantheon of gods.

The Strange Path to Life

No one deliberately plans to spend 40 years wandering around a desert, fending off enemies and being attacked by poisonous snakes. No one sits down with a budget and calculates how to be poor. No one makes arrangements to have a humiliating sexual addiction. No one eagerly anticipates a long season of battling aggressive cancer or grieving the loss of a child. No one really plans to experience the types of hardship and pain that intrinsically change you physically, emotionally and spiritually.

We’d all like the job that’s never exhausting or annoying, the spouse who is always loving and attentive, a fulfilling sex life (hopefully with the aforementioned spouse), the kids who grow up ambitious and successful, the house with no plumbing issues and the well-mannered dog who doesn’t get old and die. Please and thank you.

Ultimately, our plans look great by the world’s standards, and they usually could get us to the place we want, but God intervenes and lets them go awry because that path we’ve charted for ourselves won’t move us closer to him.

This is why Paul wrote to the early church, “Where is the one who is wise? Where is the scribe? Where is the debater of this age? Has not God made foolish the wisdom of the world? For since, in the wisdom of God, the world did not know God through wisdom, it pleased God through the folly of what we preach to save those who believe. For Jews demand signs and Greeks seek wisdom, but we preach Christ crucified, a stumbling block to Jews and folly to Gentiles, but to those who are called, both Jews and Greeks, Christ the power of God and the wisdom of God” (1 Corinthians 1:20-24).

What looks like unnecessary danger and foolishness from the outside can, if directed by God, be the wisest and most healthy path ahead.