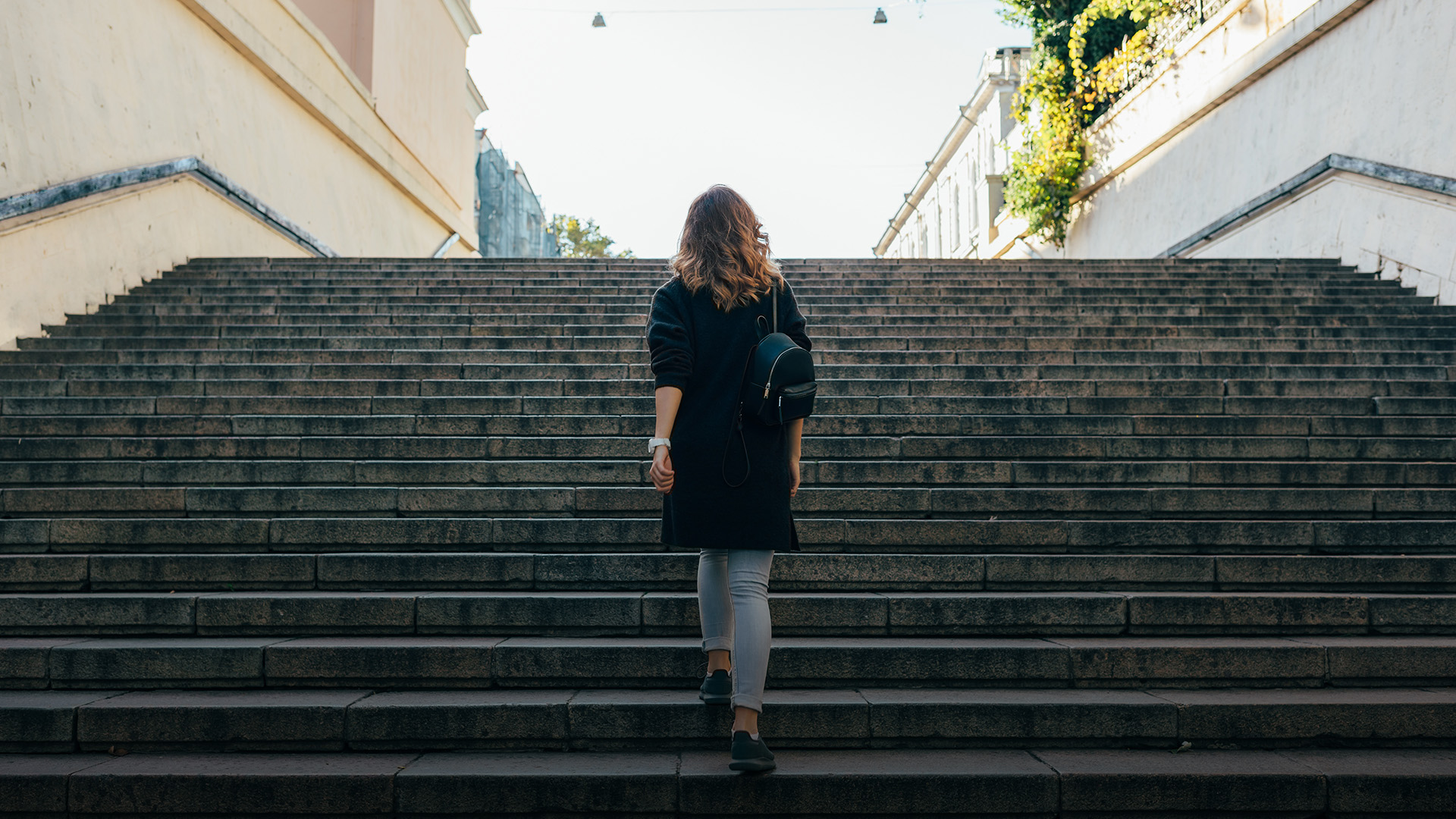 My ‘Spiritual’ Excuse for Leaving Church

People have countless reasons for leaving church or ‘church-hopping’, and many of these reasons seem to be based in scripture, but are they actually? What are legitimate reasons to leave a church?

In her book Journey Inward, Journey Outward, Elizabeth O’Connor wrote about a unique challenge that faces all Christians in their own community.

“We do not do the calling. Christ does the calling, and this is very threatening if we belong to his Church, because the people he calls are the people with whom we are to have intimate belonging. This gives us a strange assortment of people to be with. They are often not our idea of the ones God should be using to proclaim his Kingdom.”

Basically, we probably won’t like a sizeable portion of the other people God’s saved and put in the egg carton with us. That makes church awkward. To make matters worse, our modern, individualistic, emotions-based society pretty quickly digresses into the ranting cry, “But I’m not happy!” We don’t like our neighbors in the pews, or the pastor said something we don’t like, so we grab our toys and stomp out.

The Pew Research Center regularly conducts polls on why people don’t attend church as attendance numbers in the United States continue to sag. The most commonly cited reason was “I practice my faith in other ways.”

Most probably translation: I practice my faith my way because it doesn’t involve inconvenient people and messy relationships.

Let’s be honest; wouldn’t we all like that? Admitting this, though, is generally frowned upon as selfish and all those uncomfortable labels, so people come up with spiritual-sounding reasons for why they’re leaving.

Obeying God and Not Man

A verse often invoked by those who have stopped attending church or who are pushing back against a pastor’s reproof is Acts 5:29, “We must obey God rather than men.”

In his sermon “The Spirit of Disorders”, David Wilkerson pointed out the problem with how this verse is often used. “That's absolutely misquoted. The context of this is so very, very clear. What Paul the Apostle's talking about here is people who were trying to stop them from preaching the gospel. Whenever someone tries to stop you from preaching the gospel, you obey God and you preach it, no matter if it sends you to jail.”

He noted next that Paul had a sharp command for those who witnessed others refusing the rigorous work of the gospel, whether it was not submitting to the body of Christ or the shepherds who have taken responsibility for believers. The early letters to the church said, “Now we command you, brothers, in the name of our Lord Jesus Christ, that you keep away from any brother who is walking in idleness and not in accord with the tradition that you received from us” (2 Thessalonians 3:6, ESV).

“God calls certain men to be pastors and shepherds. He places them before congregations, and he says to that congregation, ‘Submit to that word’” David said. “They have to stand before God and answer and give an account for your soul.”

If you’re going to obey God rather than man, you have to obey his order through the writer of Hebrews: “Let us consider how to stir up one another to love and good works, not neglecting to meet together, as is the habit of some…” (Hebrews 10:24-25).

The Holy Spirit Is in Me

“Another popular excuse,” noted David, “of lawless Christians is ‘I don't need anyone to teach me. The Holy Ghost is my teacher. I’m as anointed as any Christian or any other teacher. The pastor is not the only one hears from God. God speaks to me also’, and they quote from 1 John 2:27.”

That verse says, “The anointing that you received from him abides in you, and you have no need that anyone should teach you. But as his anointing teaches you about everything, and is true, and is no lie—just as it has taught you, abide in him” (1 John 2:27).

David explained, “This is one of the most misquoted, misunderstood scriptures in all God's Word. You know what the apostle was talking about? He'd been warning about the antichrist spirit creeping into the world and the church. He said, ‘There’s going to come false teachers trying to seduce you’, but he said, ‘You've got an anointing in you which is the Holy Ghost who will teach you which teacher is of God and which is of Satan.’”

That discernment will only grow with spiritual maturity, and the purpose of pastors and church leaders is to use their gifts of teaching and preaching to help other believers grow into maturity. Without those skills at their disposal, unchurched Christians are left underdeveloped and vulnerable.

Jesus also often speaks through other believers in community. When we’re outside of the church, we’ve effectively isolated ourselves from a major source of God’s voice in our lives and the resources we need to grow into a mature Christian walk.

Perhaps the most carte blanche reason for leaving church is “God is calling us elsewhere.”

Now this one has to be handled with some care because it’s theoretically possible, and trying to tell someone what they did or didn’t hear from God can get us out on thin ice in a hurry. It’s safe to assume, though, that God won’t contradict himself between scripture and personal revelation.

God abruptly calling someone away from church right after a disagreement with church leadership doesn’t play well with verses like “Obey your leaders and submit to them, for they are keeping watch over your souls, as those who will have to give an account. Let them do this with joy and not with groaning, for that would be of no advantage to you” (Hebrews 13:17).

God suddenly ‘releasing’ someone from their community after another member confronted them about an issue stumbles over Paul’s instructions “Live in harmony with one another. Do not be proud, but be willing to associate with people of low position. Do not be conceited. Do not repay anyone evil for evil. Be careful to do what is right in the eyes of everyone. If it is possible, as far as it depends on you, live at peace with everyone” (Romans 12:16-18).

What the Bible has to say about people who falsely claim God has spoken to them should give anyone pause. God told the priest and prophet Ezekiel that he was against those who had ‘lying visions’ (see Ezekiel 13:6-8), and he commanded Moses to put these people to death (see Deuteronomy 18:20).

So just to be on the safe side, maybe don’t tell people that God called you away from your church if in fact he didn’t. He doesn’t take people putting words into his mouth kindly.

Living in a church community is uncomfortable at best and painful at worst. Scripture says that we’re being built into a spiritual house, and that’s never going to be a relaxing process. “As you come to him [Christ], a living stone rejected by men but in the sight of God chosen and precious, you yourselves like living stones are being built up as a spiritual house, to be a holy priesthood, to offer spiritual sacrifices acceptable to God through Jesus Christ” (1 Peter 2:4-5).

Similar to marriage, though, the Bible does make some allowance for a person to leave a church community. The following two occasions discussed at some length in scripture:

Even in these two situations, though, a believer isn’t necessarily commanded to leave. The writers of scripture were constantly looking for proper alignment with God and healing to occur within the church. If it was possible to rebuke, correct or call out the issue in such a way that the community was able to repent, we are called to try.

If nothing helps, we are given the option of leaving.

This is an intimidatingly high standard, like much of the Christian life that we are called to pursue. It certainly means that we perhaps ought to take a more careful evaluation of churches before we join them. It would also mean surrendering our pride in conflict with other believers. All of this, though, would result in more stable Christian communities where we could truly know others and be truly known and loved ourselves.