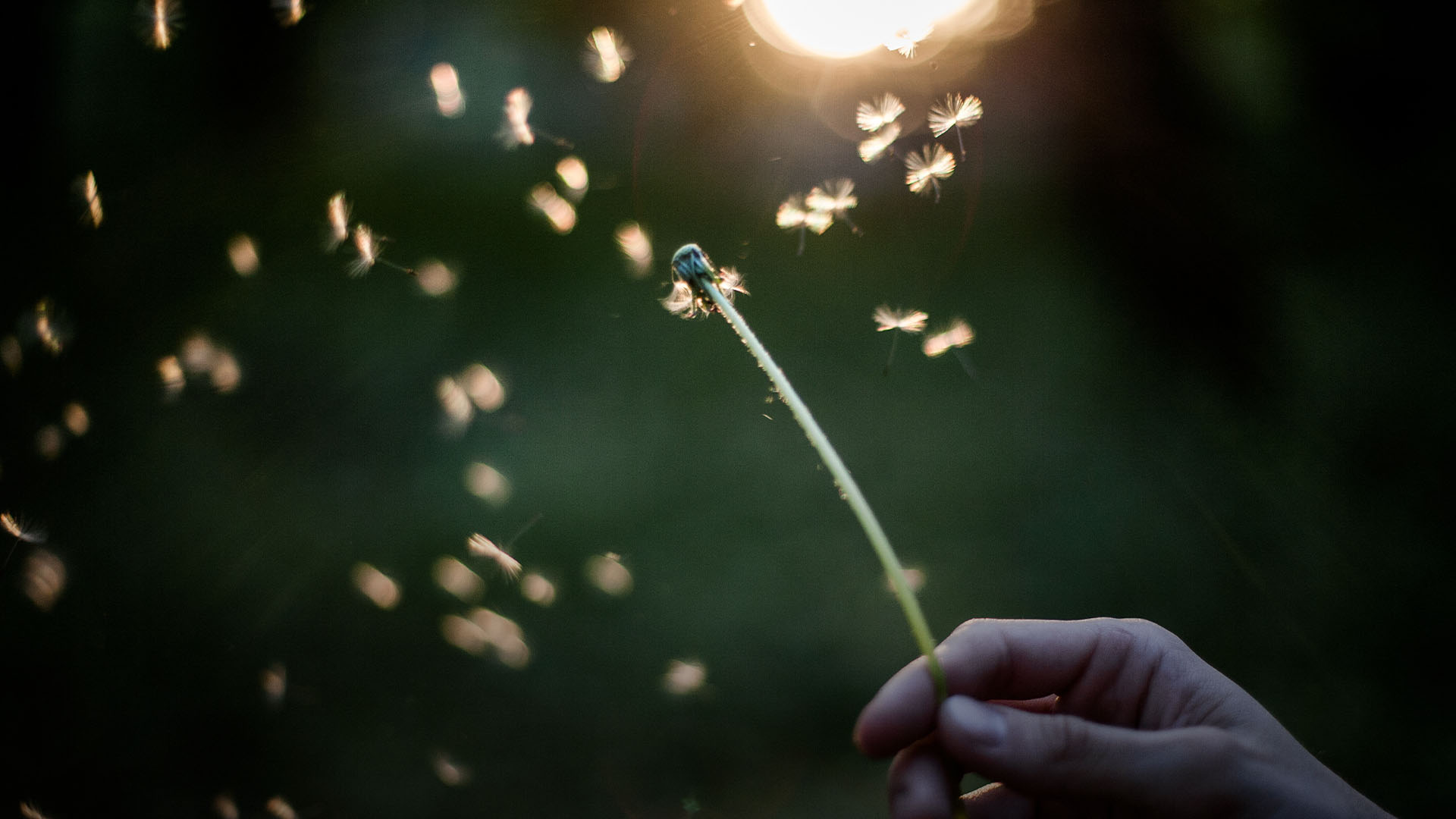 Letting Go of the Past

As beautiful as certain past experiences can be, the moment they stop us from living fully in the present, they become a problem.

In its bestseller books on relationships, Amazon ranks The 5 Love Languages: The Secret to Love that Lasts as the third most popular. The audiobook version comes in fifth. Number six is 8 Rules of Love, and number seven is Attached, a book about psychological attachment theory in romantic relationships.

It’s no wonder people obsess over their romantic relationships. Many people can tell you about their ‘first crush’ or first love in great detail, despite sometimes decades having gone by. Some people repine about their early years of marital bliss or the honeymoon period of dating. Gary Thomas, writer of The Sacred Search, mused on the temptation we all fall into when it comes to idolizing those early, idyllic periods of a relationship.

He noted, “One summer I spoke at a church in Pennsylvania, and a young woman came up to me afterward. She and her boyfriend were talking about marriage. She asked my advice, and we discussed her boyfriend’s strengths. I then asked her about his weaknesses. She blushed a bit and answered, ‘You know, that’s what’s so amazing. I don’t think he has any.’

“’Really?’” One can just imagine Thomas’s eyebrows rising at this.

“I reminded her of James 3:2, ‘We all stumble in many ways,’ and said to her, ‘I’m going to trust the truth of Scripture — that we all stumble, including your boyfriend — more than I’ll trust your perception. Since you asked for it, my advice is this: don’t marry this guy until you can tell me how he stumbles, because I guarantee you — even more than. that, God’s Word guarantees you — that he does stumble, and you might as well know what you’re signing up for before you marry him.’”

Most people don’t want to look past their rose-tinted glasses, though. Endless articles fill the internet about how to rekindle the honeymoon period in your relationships. The honeymoon period is nice and all, but what if it’s not worth trying to save? What if harder but far better things lie ahead?

Romanic relationships aren’t the only area where we experience this; all areas of life are filled with exciting firsts that we may be tempted to idolize, from the first blush of a new job, project, friendship or big purchase.

C. S. Lewis wrote, “The joke, or tragedy, of it all is that these golden moments in the past, which are so tormenting if we erect them into a norm, are entirely nourishing, wholesome, and enchanting if we are content to accept them for what they are, for memories. Properly bedded down in a past which we do not miserably try to conjure back, they will send up exquisite growths. Leave the bulbs alone, and the new flowers will come up. Grub them up and hope, by fondling and sniffing, to get last year’s blooms, and you will get nothing.”

Lewis speculated that this particularly applies to our relationship with God. Many people think back to their conversion in the same way many people reminisce about their childhood, as if the best parts of life were in the past. ‘If only we could go back to that time…’ Lewis dared to ask if early appetites and excitement were “ever intended to last”.

He then noted, “It would be rash to say that there is any prayer which God never grants. But the strongest candidate is the prayer we might express in the single word encore. And how should the Infinite repeat Himself? All space and time are too little for Him to utter Himself in them once.”

While the world goes through many similar cycles in its seasons and new creatures being born, rotating stars and rising to falling sun and moon, there are always unique moments in every cycle. Each chapter of our lives have new details. Nothing in this physical world repeats itself exactly, so why should we expect our relationships with God to do the same? What each one of us knew about God has grown (hopefully) since we first came to salvation. The circumstances of our lives are not the same as at the beginning of our walk with God and new conversations must be had and new roots of sin are still being yanked out of our hearts’ soil. Besides, as C. S. Lewis so brilliantly points out, God himself is infinite and endlessly creative. How would he not invite us further onward in our exploration of who he is and how he wants to engage with us?

This does not mean that we will ever ‘discover’ that the fundamental aspects of God which are described in scripture to be untrue. God is all knowing and powerful, present and good, just and glorious. Like the physics of sound at work within a symphony, these characteristics of God are always true. However, these laws work in ways that we are often too finite to fully understand, like when astrophysicists discovered that stars also ‘sing’ at frequencies the human can’t register without the help of machines.

Elizabeth Landau, who works with NASA's Exoplanet Exploration Program, explained, “We can’t hear it with our ears, but the stars in the sky are performing a concert, one that never stops. The biggest stars make the lowest, deepest sounds, like tubas and double basses. Small stars have high-pitched voices, like celestial flutes. These virtuosos don’t just play one ‘note’ at a time, either — our own Sun has thousands of different sound waves bouncing around inside it at any given moment. Understanding these stellar harmonies represents a revolution in astronomy. By ‘listening’ for stellar sound waves with telescopes, scientists can figure out what stars are made of, how old they are, how big they are…”

This discovery doesn‘t make anything that we knew about music a hundred years ago untrue. It simply means that the laws governing sound and harmonies are far more complicated than we realized.

Similarly, the lofty romance that God summons us into when our relationship with him starts should continuously turn our path to heights and mountain vistas that we couldn’t never anticipated.

A life that accepts the uncertainty of this attitude toward God will be perilous in many ways. In the God’s Eternal Pursuit series, John Bailey points to scripture and Paul’s letters where the apostle wrote, “Indeed, I count everything as loss because of the surpassing worth of knowing Christ Jesus my Lord. For his sake I have suffered the loss of all things and count them as rubbish, in order that I may gain Christ and be found in him, not having a righteousness of my own that comes from the law, but that which comes through faith in Christ, the righteousness from God that depends on faith — that I may know him and the power of his resurrection, and may share his sufferings, becoming like him in his death” (Philippians 3:8-10, ESV).

John noted about the apostle, “People rejected him, walked away from him, hated him, beat him. I mean, he said, ‘I've lost everything’… He lost his whole life. He had built his life upon righteousness by keeping the law; he lost all of this. Then he says, ‘But I counted all of this as rubbish that I may gain Christ and be found in him.’”

The life Paul lived truly embodied an element of Jesus’ description, “The wind blows where it wishes, and you hear its sound, but you do not know where it comes from or where it goes. So it is with everyone who is born of the Spirit” (John 3:8, ESV). Who could’ve ever predicted Paul’s path? Not anyone who knew him, surely. Not even himself. The Holy Spirit led him to not only impact a vast population in his own generation but also to write letters that would shape church doctrine for centuries to come. Paul would’ve never predicted such a course for his own life, and yet he recognized the vital importance of losing his life to Christ.

God’s great romance with his unworthy, hesitating bride is much the same. We constantly point back to glowing moments in our past, ignorant of the sunrise Christ is leading us toward.

Instead, friend, press onward into the unknown where the Holy Spirit guides with a gentle hand on ours, quieting a frightened heart that longs for the past and yet will fall in love with the future our infinite God holds for us. There we will hear stars sing and witness wonders we could’ve never imagined.