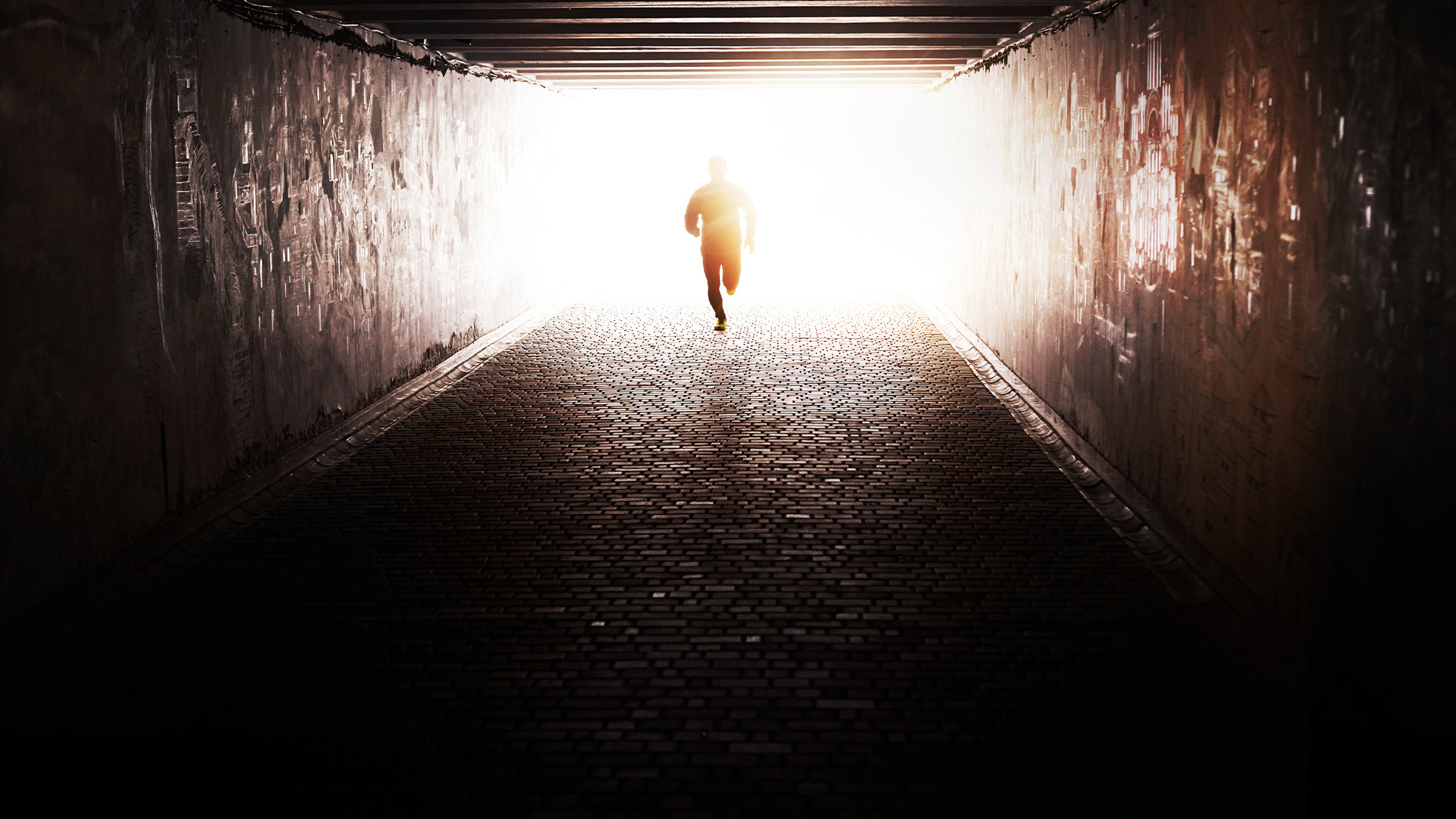 How We Escape Binding Sins

Many of us struggle with problems that have such a grip on us that we feel like we’ll never shake them off, so how do we find freedom?

Bill Wilson was a polite young man on the verge of getting shipped off to France for World War I. He was invited to a party before being deployed where someone handed him his first cocktail. He took one sip, and the rest was history.

By the time the 1930s rolled around, Wilson was falling apart professionally and personally. He’d failed to graduate from law school because he’d been too drunk to pick up his diploma. He’d nearly lost his job thanks to an intoxicated brawl. His fortune had evaporated in the stock market collapse, and his marriage was on the rocks. He’d detoxed multiple times; he’d tried pills and abstinence groups. Nothing seemed to be able to shake him free from his addiction.

One cold November morning, Wilson called an old drinking buddy over, but his friend told him that he’d been sober two months. “I got religion,” his friend told Wilson. “Realize you are licked, admit it, and get willing to turn your life over to God.”

Not a religious man, Wilson scoffed at this recommendation.

A month later, he was admitted to a hospital and detox center that specialized in the vogue treatment of that day for alcoholism: infusions of toxic and hallucinogenic belladonna. Desperately ill and despairing after days of this treatment, Wilson finally screamed into the silence of his room, “If there is a God, let him show himself! I’m ready to do anything!”

He later would write that no sooner had he said this than a white light filled the room, the pain immediately subsided, and he felt as if the wind was blowing over him. “It burst upon me that I was a free man.”

Bill Wilson never touched alcohol again. He would freely admit that the temptation always lingered in the back of his mind, but it no longer controlled him. He went on to co-found Alcoholics Anonymous with Dr. Robert Smith and created the famous 12 steps that have helped many people with addictions find freedom over the decades.

Our Slice of the Pie

In a sermon called “The Gift of Righteousness,” David Wilkerson bluntly stated, “The reason some of you have besetting sins in your life is because you thought that you were in control. You were different!

“There’s not a drug addict that hasn’t gone to drugs and thought he was different and was going to make it. He was in control. You never thought you were going to get hooked. ‘I am different.’”

The belief that we can manage our own sin nature, that we’re good enough and strong enough to save ourselves should we start to slip is a dangerous mentality. It paradoxically leaves us even more vulnerable to sins that can completely absorb our lives.

This poisonous illusion of control is hardly limited to addicts or those with more visual sin struggles. David pointed out, “Even in my teenage years I had to be in control. My poor wife, I don't know how she lived with it. If she didn't see it my way, I'd throw scriptures, even if I had to invent them. That's right. I'm not being facetious. I would throw together three or four little pieces, and she would say, ‘That's not in the Bible.’”

He shared another story about a fellow pastor who struggled with pride. This man was fit and energetic, eager to point out how well he could manage things himself because he wasn’t infirmed like other men his age.

Then one winter, a blizzard blew through New York, and he slipped and fell. His back was hurt, and he could barely move, so he had to call some young men from the church to help out around the house. That was bad enough, but to his utter horror one morning, he looked out his window and saw his wife shoveling the driveway and sidewalk, and she grinned at him.

It’s comforting to believe that we dictate our lives’ path and the results. I can choose to start smoking and choose to stop when I will. If I am selective enough about my spouse, they will have no significant spiritual, physical or mental issues down the road. When I decide I’m ready to become a homeowner, I will find the perfect house, and I always have my job to be able to afford payments. I’m in control, and I can manage this.

We do have a portion of authority and responsibility over our lives. We can choose to avoid certain bad habits or work hard at our jobs or be careful in our search for a mate, but our slice of the control-pie is often much smaller than we’d like to believe.

David Wilkerson, as someone who had walked alongside many people struggling with lifelong addictions, noted, “You are never ever going to get victory over any sin until you give up control, until you lay it down and say, ‘I am not in control. I am too weak. I am helpless. I can't do it.’ People said, ‘Well, I’ll bite the bullet. I'm going to get back in control,’ and that's what many of us do when we come up against a sin. We say, ‘Well, bless me, God, I'm going to get victory over this somehow. One more time, Lord, try me one more time! I'll get it right next time.’ We are seeking to get back in control….

“If you think that you can fight your sin — you think you're strong enough or God’s just waiting for you to be good enough; you are in control; God can't do anything — all the theology of preaching is in vain until you say, ‘Lord, I am not in control. I have failed and failed. As long as I think I'm in control, I'll keep on failing.’

“That's why Jesus sent the controller to live in you.” He went on to explain that the Holy Spirit puts a check on our sinful nature and makes it even possible for us to choose something other than our sins and addictions.

This is why Paul wrote to the early church, “I have been crucified with Christ. It is no longer I who live, but Christ who lives in me. And the life I now live in the flesh I live by faith in the Son of God, who loved me and gave himself for me” (Galatians 2:20, ESV).

In many ways, AA’s 12 steps have found their success because they encourage members to acknowledge that they are powerless over their sins, that God has the power to free us, that submission to God is necessary, to examine themselves frankly and identify the patterns of behavior that built into life-altering addiction and that they must honestly confess their failures to other people who will compassionately keep them accountable.

These steps are not so different from the ones that we should follow if we wish to find freedom from life-controlling sins. Only God can set us free. Only the Holy Spirit can give us the strength to not fall back into those sins or not become entangled again in them if we do backslide.

It’s frustrating to admit that we don’t have the control over ourselves that we might wish in order to avoid being embarrassed or to maintain a good image in church or among our friends. In Christ’s upside down kingdom, however, freedom is found in seeing our chains for what they are and submitting ourselves to God.

Finding Freedom from the Past

Scripture gives us a powerful promise in our struggles with sin. “The Lord knows how to rescue the godly from trials, and to keep the unrighteous under punishment until the day of judgment” (2 Peter 2:9).

David Wilkerson noted, “The Lord knows how to deliver the godly out of temptation. He knows how. I said, ‘God, I don't know how. You know how. I'm not in control; you're in control. My part is to believe you with all my heart. If I surrender to you and give you everything that I am, all that I have, you're going to give me the direction.’

If we have faith that God has dominion over sins that we may be experiencing — not only that, but he knows exactly how to lead us out of our addictions — this should give us fortitude in our struggle.

The Bible states, “From the day we heard, we have not ceased to pray for you, asking that you may be filled with the knowledge of his will in all spiritual wisdom and understanding…giving thanks to the Father, who has qualified you to share in the inheritance of the saints in light. He has delivered us from the domain of darkness and transferred us to the kingdom of his beloved Son, in whom we have redemption, the forgiveness of sins” (Colossians 1:9,12-14, ESV).

David explained, “Every time I try to do it myself, I'm going to back off and by faith — it's an act of faith — say, ‘Jesus. I trust you have the power. You have the willingness; you have the might. You already defeated this devil. Now defeat him practically in my life right now.’”

When we submit fully to God, then we will walk in freedom, no longer bound by the sins of the past.