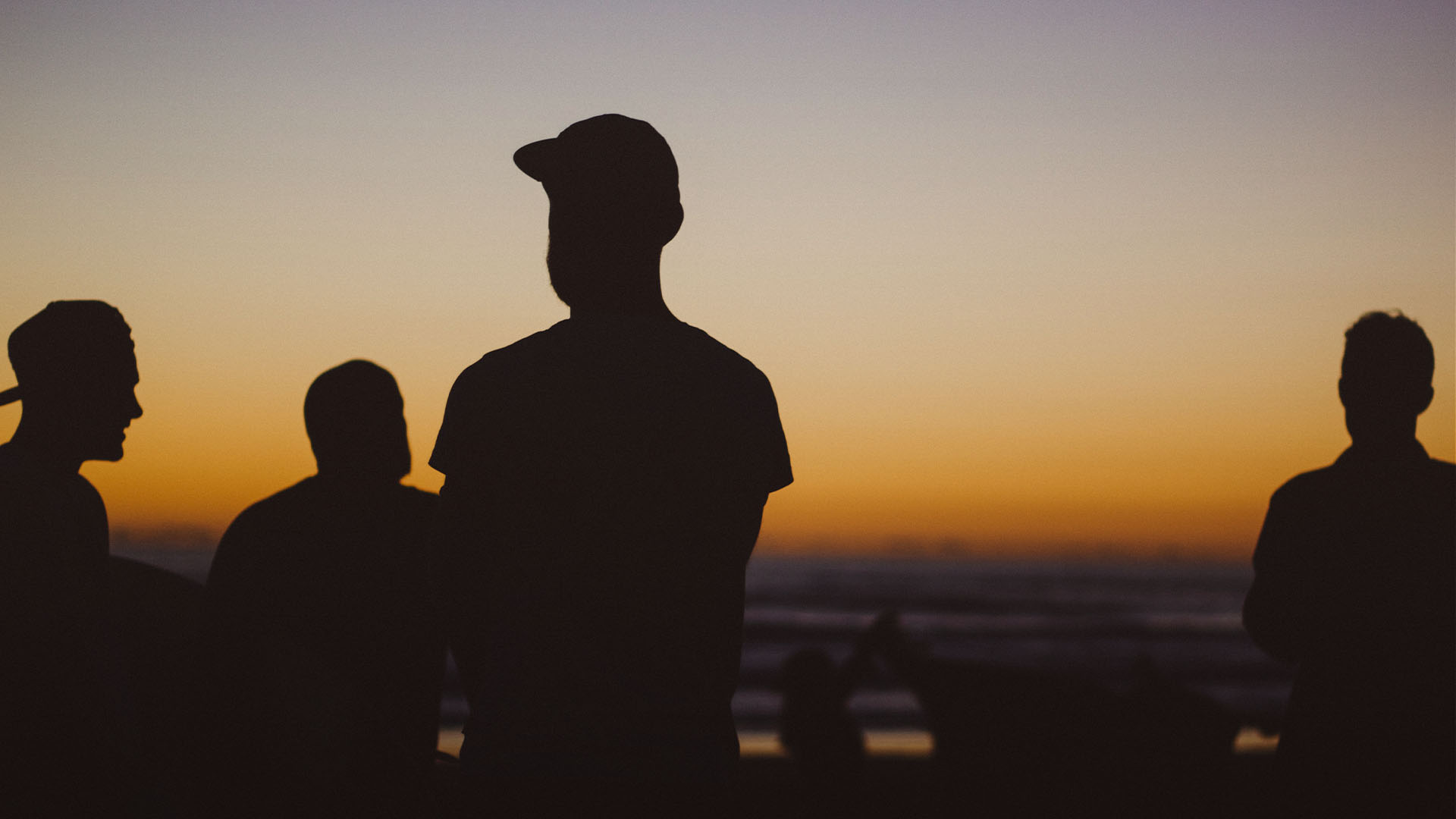 How to Befriend Our Rivals

God makes it very clear in scripture that there is one thing in us that spells the ruin of our relationship with him and other people.

When Abraham Lincoln won the Presidential nomination, famous writer Ralph Waldo Emerson wrote, “We heard the result coldly and sadly. It seemed too rash, on a purely local reputation, to build so grave a trust in such anxious times.”

Lincoln was not well known and had not received many of the more prestigious laurels of his opponents. In the biography Team of Rivals, however, it’s noted, “That Lincoln, after winning the presidency, made the unprecedented decision to incorporate his eminent rivals into his political family, the cabinet, was evidence of a profound self-confidence and a first indication of what would prove to others a most unexpected greatness. …Every member of this administration was better known, better educated, and more experienced in public life than Lincoln. Their presence in the cabinet might have threatened to eclipse the obscure prairie lawyer from Springfield.

“It soon became clear, however, that Abraham Lincoln would emerge the undisputed captain of this most unusual cabinet, truly a team of rivals. The powerful competitors who had originally disdained Lincoln became colleagues who helped him steer the country through its darkest days. Seward was the first to appreciate Lincoln’s remarkable talents, quickly realizing the futility of his plan to relegate the president to a figurehead role.

“Though Bates initially viewed Lincoln asa well-meaning but incompetent administrator, he eventually concluded that the president was an unmatched leader, ‘very near being a perfect man.’ Edwin Stanton, who had treated Lincoln with contempt at their initial acquaintance, developed a great respect for the commander in chief and was unable to control his tears for weeks after the president’s death. …This, then, is a story of Lincoln’s political genius revealed through his extraordinary array of personal qualities that enabled him to form friendships with men who had previously opposed him; to repair injured feelings that, left untended, might have escalated into permanent hostility; to assume responsibility for the failures of subordinates; to share credit with ease; and to learn from mistakes.”

Whether or not Lincoln was a Christian is unknown, but his conduct toward his cabinet reflects the graciousness and strength that Christ showed to his followers and disciples.

Jesus had quite the motley assortment of men among his twelve disciples. Several were fishermen; another was possibly nobility. One was a tax collector for the Roman Empire, and one probably belonged to a fanatically religious, nationalist sect. If there was ever a band of people with reasons to despise one another, it was this one. They were brought together by one thing alone: their relationship with Christ. It’s easy to leave the source of their unity at that and expect the same to happen when any group of believers gather, but far too often, Christians can’t seem to get along. What’s the secret then?

The answer appears in an unexpected place amid a tale of evangelism. “After this the Lord appointed seventy-two others and sent them on ahead of him, two by two, into every town and place where he himself was about to go. And he said to them, ‘The harvest is plentiful, but the laborers are few. Therefore pray earnestly to the Lord of the harvest to send out laborers into his harvest’” (Luke 10:1-2, ESV).

Jesus gave these followers several specific instructions on how to respond to people’s acceptance and rejection. Later, “The seventy-two returned with joy, saying, ‘Lord, even the demons are subject to us in your name!’ And he said to them, ‘I saw Satan fall like lightning from heaven. Behold, I have given you authority to tread on serpents and scorpions, and over all the power of the enemy, and nothing shall hurt you. Nevertheless, do not rejoice in this, that the spirits are subject to you, but rejoice that your names are written in heaven.’” (Luke 10:17-20).

Jesus’ immediate response to these people’s jubilation really baffled me. When they celebrated evil spirits fled from them in Christ’s name, he simply responded, “I saw Satan fall like lightning from heaven.”

What? What kind of response is this?

I often wondered if Jesus’ line was some kind of Jewish idiom that hadn’t translated well into English. Did a chunk fall out of the ancient scroll, and we were all missing a critical part of the conversation? How did so many people read this passage without batting an eyelash? Surely I wasn’t the only one with these questions?

Perhaps I needed to take a step back to see the bigger picture. The reason that these followers had to deal with demons at all was a result of the sin-riddled world. Humanity fell because Satan tempted them and they took the bait. Why did Satan do this? Why was he so bitter at God that he wanted to ruin these creatures God had made in his own image?

The prophet Isaiah explained, “How you are fallen from heaven, O Day Star, son of Dawn! How you are cut down to the ground, you who laid the nations low! You said in your heart, ‘I will ascend to heaven; above the stars of God, I will set my throne on high; I will sit on the mount of assembly in the far reaches of the north; I will ascend above the heights of the clouds; I will make myself like the Most High.’” (Isaiah 14:12-14).

That last line is an eerie echo of the terrible, hollow promise Satan made Eve. “You will be like God, knowing good and evil” (Genesis 3:5).

We wanted a role beside the one God had given us as lovely, subordinate creatures and caretakers. We wanted knowledge of things that were not ours to have. We wanted to determine our own course in life. Rather than becoming like God, humanity’s forefather and mother chose to become like Satan, and we fell.

Making sense of our relationship to angels, fallen or otherwise, has always been a sticky topic because so little is said about them in the Bible. Sure, there’s verses here or there, but they’re a peculiar gray area. It’s one of those topics that God seems to have mostly kept to himself.

One of those few verses that discusses humanity and angels, though, is in Hebrews. “For it was not to angels that God subjected the world to come, of which we are speaking. It has been testified somewhere, ‘What is man, that you are mindful of him, or the son of man, that you care for him? You made him for a little while lower than the angels; you have crowned him with glory and honor, putting everything in subjection under his feet.’ …But we see him who for a little while was made lower than the angels, namely Jesus, crowned with glory and honor because of the suffering of death, so that by the grace of God he might taste death for everyone” (Hebrews 2:5-9). We’re lower than angels, and yet God also stooped down to bear the grotesque load of our sins rather than letting it crush us. As far as we know, he didn’t do that for the fallen angels. Why not? We can speculate, but we don’t know for sure.

I wonder if Jesus looked at his followers, bragging about casting out demons, and saw the shadow of a serpent. I wonder if he was saying, “Be careful. I saw Satan’s pride knock his own feet out from under him. I saw him fall because he thought he could be like God, and instead, he lost everything good in what he was. Be careful. When you commanded these fallen angels, did you feel powerful? Did you feel like you had divine power? Did you hear the whisper, ‘You can be like God’? Be careful.”

In a sermon, Carter Conlon said, “Pride is the one sin of which you and I should be most afraid. …You should be terrified of this sin ever getting ahold of your heart. Proverbs 16:18 says, ‘Pride goes before destruction, and a haughty spirit before a fall.’ If pride gets into the heart, it’s indisputable because God’s Word gives a description of what follows pride. It goes before destruction. Proverbs 6:17 lists a proud look first among the seven things that God hates. If we’re going to list things that God’s Word says are an abomination to God, he lists a proud look as number one of all these things that God hates. Pride is the fuel source of all rebellion against God.”

This is where we have a choice. We can either allow ourselves to be conformed in the image of Satan, the father of pride and lies. Alternatively, we can submit ourselves to the promise of humility and its power which is found in Paul’s instructions to the early believers. “Now the Lord is the Spirit, and where the Spirit of the Lord is, there is freedom. And we all, with unveiled face, beholding the glory of the Lord, are being transformed into the same image from one degree of glory to another. For this comes from the Lord who is the Spirit” (2 Corinthians 3:17-18). If we choose the path of submitting ourselves to God, we will be transformed to be more like Christ. He was perfectly secure in who he was in God that he could also be perfectly humble and not be threatened by his followers’ personalities and yet also not be pushed into any selfish plans or petty arguments.

Nothing destroys relationships faster than pride. Immediately after Adam and Eve absorbed Satan’s sin of pride, they hid from God then blamed and attacked one another. The first relationship that suffers is ours with God, but our ability to connect genuinely with others falls right afterward.

On the other hand, if we allow God to ruthlessly weed out pride in our hearts, we will find that he replaces it with a grace and strength that allows us to befriend our greatest rivals.