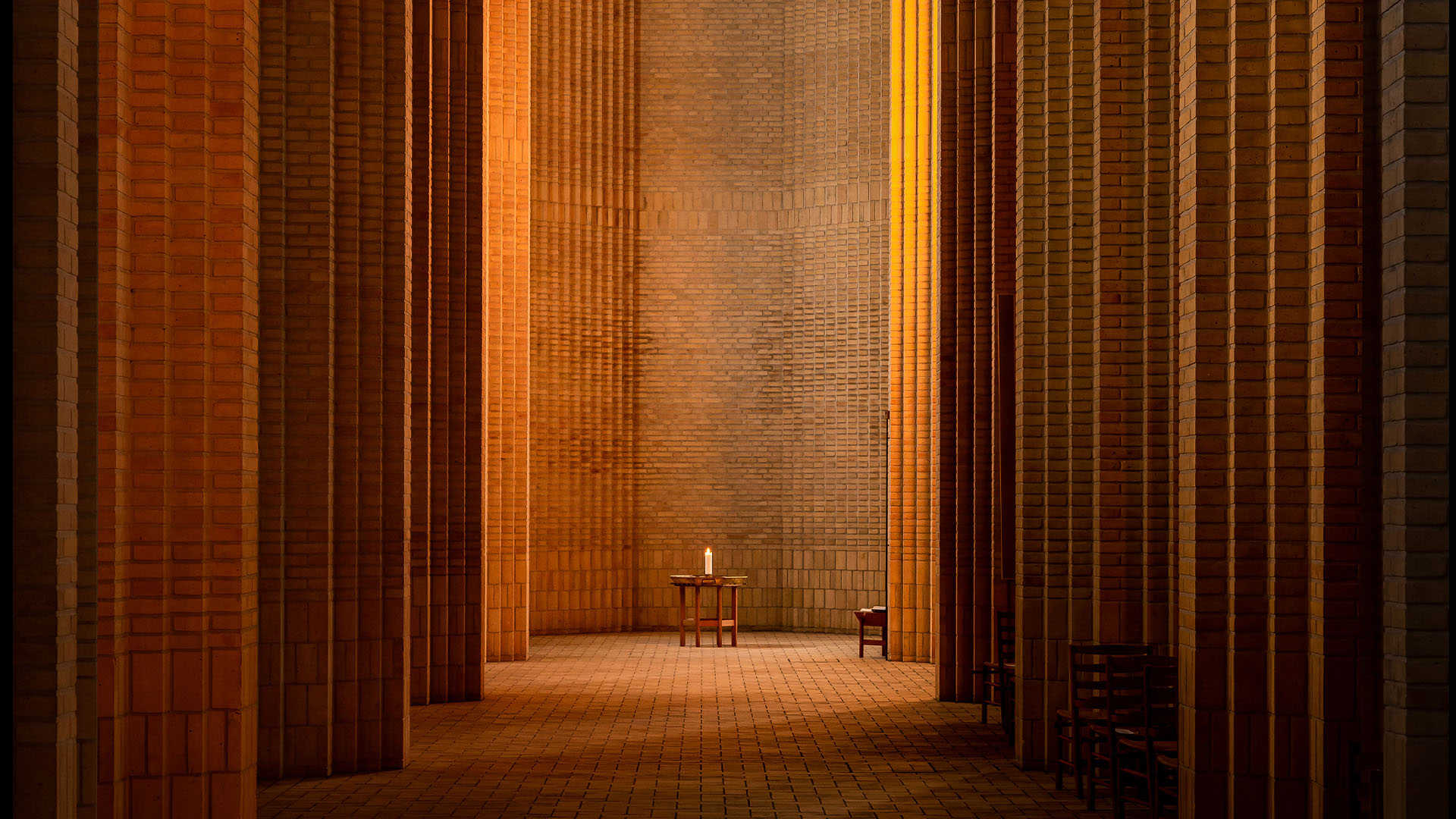 Clouds of Passion and Misunderstanding

God wants the church to work together like a body, but we’re more like a body with cancer; we’re attacking ourselves…

The famous reformer Martin Luther and almost equally important reformer Huldreich Zwingli were contemporaries but most emphatically not friends.

Their differences with one another centered around the finer points of theology, specifically the Lord’s Supper. Professor Michael A. G. Haykin has studied these men’s lives as well as the church history surrounding them both at great detail, particularly the tragic chain of misunderstandings that hounded their discussions.

Professor Haykin noted, “Luther insisted that ‘This is my body’ means simply that: the word is needs to be taken literally — the bread is the body of Christ. Zwingli, convinced that the risen body of Christ had ascended to heaven and could not be literally present in every locale where the Lord’s Supper was being celebrated, insisted as vehemently that the elements must therefore be vehicles through which God met with those who came to the Table with faith.

“As in every theological disagreement, however, more than theology divided them. The fact that Luther’s Saxon dialect was virtually incomprehensible to a speaker of Swiss German like Zwingli has been seen by Bruce Gordon as a parable of their mutual inability to understand one another and their differing visions of the Christian life.”

Luther and Zwingli couldn’t see eye to eye, from the simplest word choice to major decisions about which sacraments the new Protestant church would retain from the Roman Catholic tradition. Their conflict from hundreds of years ago is emblematic of many modern day struggles within the church, as Professor Kaykin points out. “When facing Christian division — and our day is equally filled with vitriol and misunderstanding between believers — we all still need to pray the prayer that Zwingli uttered before the beginning of that famous colloquy at Marburger Schloss: ‘Fill us, O Lord and Father of us all, we beseech Thee, with thy gentle Spirit, and dispel on both sides all the clouds of misunderstanding and passion.’”

Zwingli’s prayer for unity is one that many believers these days might productively murmur to the Lord.

The Apostle Paul wrote a similar entreaty to the earliest believers. “I appeal to you, brothers, by the name of our Lord Jesus Christ, that all of you agree, and that there be no divisions among you, but that you be united in the same mind and the same judgment” (1 Corinthians 1:10, ESV).

Peter, who was as hot-headed as they come, echoed this and added a solution. “Finally, all of you, have unity of mind, sympathy, brotherly love, a tender heart, and a humble mind. Do not repay evil for evil or reviling for reviling, but on the contrary, bless, for to this you were called, that you may obtain a blessing” (1 Peter 3:8-9). He pointed out a tender heart and humble mind are part of unity because they keep us from falling into a cycle of retaliation.

Peter had been one who asked Jesus, “How often will my brother sin against me, and I forgive him? As many as seven times?” With a temperament like his, Peter probably got into a lot of scrapes with family and friends and…everyone else. One can only imagine Jesus’s mouth twitching and struggling not to laugh as he said, "I do not say to you seven times, but seventy-seven times.” and then watching Peter’s face. Christ went on to tell Peter and the others disciples a parable about a servant who owed an impossibly overwhelming debt; the king forgives the debt in a stunningly act of generosity; then the servant goes out and beats one of his coworkers for owing him the money from a day’s worth of work. This cruel turn is justly punished by the king who is furious at the first servant’s lack of care for someone else. Jesus concluded, “So also my heavenly Father will do to every one of you, if you do not forgive your brother from your heart” (see Matthew 18:21-35).

Jesus didn’t ignore that the second servant owed the first money. There was a debt there that had clearly gone unpaid for some length of time, long enough for the first man to feel angry and ill-used. No excuses were given for why the second servant hadn’t paid up. The focus instead was on the king’s graciousness that was not passed on and how the king responded.

Far too easily, we point at others and say, “But they owe me! There’s a debt here that should be repaid.”

The Bible doesn’t deny the debt and the pain that people inflict on one another. That debt was so heavy that the Son of God cried out in anguish beneath it all. God does not fall into our temptation of pretending there are no wrongs or underplaying the pain. He bled and wept for it. This is really important because does forgiveness mean much if the problem ‘isn’t that bad’? Isn’t that just another face of the refusal to really address sin?

The Bible never asks us to ignore the debt of other’s sins against us; it simply says that each one of us has been forgiven far, far more by God, and his requirement is that we extend a fraction of his forgiveness to each other.

Pastor Carter Conlon said, “Unity is possible. Genuine, biblical love is possible. We can get along with each another in Christ!” He pointed out that this is never easy, though. A snapshot of the struggle is captured in Psalm 17. “David says ‘Arise oh Lord and confront them and cast them down. Deliver my life from the wicked. With your sword—in other words, with your Word, God—deliver me from those who would try to sow something in me that you don’t want in my life. God, deliver me from my own heart that wants to hold on to and harbor past injustices and speak about it every day. God, deliver my heart! God, deliver me with your Word!’ That must be the cry of every saint of God.”

Our hearts are often clouded by our own sinful desires. Sometimes these bubble to the surface in the form of, as the reformer Huldreich Zwingli put it, “misunderstanding and passion.” We fail to consider how others may think and feel; we ignore how God may be speaking and moving in their lives differently than our own; we decide that God must care as much about the same issues as we do, regardless of what other believers or the Bible says.

God cares deeply about the unity of his people.

Jesus himself made a big deal out of this. In fact, he emphasized that his prayer for unity wasn’t just for his disciples but for all believers, saying, "I do not ask for these only, but also for those who will believe in me through their word, that they may all be one, just as you, Father, are in me, and I in you, that they also may be in us, so that the world may believe that you have sent me. The glory that you have given me I have given to them, that they may be one even as we are one, I in them and you in me, that they may become perfectly one, so that the world may know that you sent me and loved them even as you loved me” (John 17:20-23). Jesus repeats his desire for unity three times. That’s probably significant.

It’s also noteworthy that Jesus asks for believers to have unity with one another in a similar way to how God the Father, God the Son and God the Holy Spirit have unity so “that they also may be in us.”

Can we fight and argue with other believers and then have peace with God? As James put it in scripture, “With the tongue we praise our Lord and Father, and with it we curse human beings, who have been made in God’s likeness. Out of the same mouth come praise and cursing. My brothers and sisters, this should not be. Can both fresh water and salt water flow from the same spring? …Who is wise and understanding among you? Let them show it by their good life, by deeds done in the humility that comes from wisdom” (James 3:9-11, 13). Those who are wise also have a humble, gentle heart. Those with that kind of heart don’t speak evil of others and create division.

The heart that pursues God will acknowledge the pain in the debt of sins against us but then forgive and bring others together.