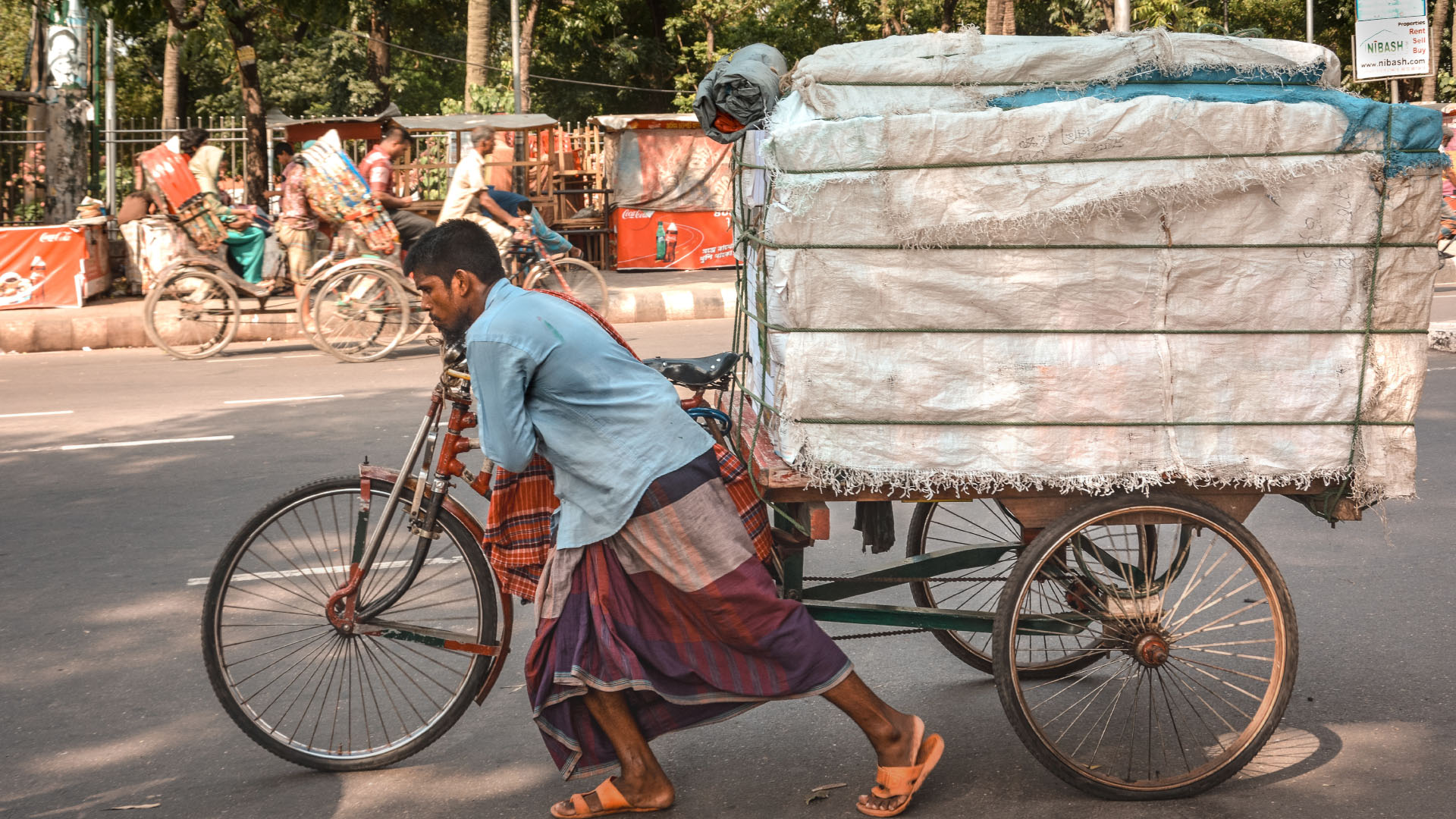 Working in the Graveyards

Bangladesh’s most impoverished and discriminated-against group is slowly opening up to outsiders and the good news of Jesus Christ.

Aatmaja waits by the gates, wreathed in the scents of smoldering camphor and incense, burning bamboo and bodies.

The cremation grounds are filled with pyres, feet often poking out with the big toes tied together. Families gather around the hottest burning ones, chanting matras that will hopefully help their loved one achieve “moksha,” freedom from the endless cycle of death and rebirth.

Another family enters the grounds, carrying a body on poles, everyone careful not to touch it. That’s Aatmaja’s job, that and tending the pyres, because she has no caste status or purity to lose.

She’s a Dom, the lowest strata of the untouchable caste “Dalits.”

In the Fields of the Dead

Traditional stories hold that the first Dom became an outcaste people group when they slaughtered and ate a sacred cow.

Most Hindus in Bangladesh consider their mere presence to be polluting. No one is willing to let Doms into their house or business because they’re considered unclean. They are not allowed to go to school, and children know from their earliest years that they will work with their parents amid the clouds of black smoke from burning bodies.

The smoke often gives workers a chronic cough along with other health problems and occasionally even diseases from the bodies.

Other Dom have work such as grave digging or cleaning out toilets, but the cremating business is the most reliable and the safest for a woman. Few outside men are willing to enter the crematorium for fear of the dead making them unclean.

In order to minimize the persecution, most Dom officially hold whatever religion is the majority in their area, whether it’s Hinduism or Islam. “There are very few known Christians among the Dom,” stated Dr. G. A. Williams in his academic study on outcast ethnic groups.

In addition, they hold a deep-seeded mistrust of outsiders, especially those who introduce a religion that could further alienate them from the majority society.

When World Challenge partners first entered the Dom slums, people tried not to speak to them. Most were frightened by outside people coming into their community without fear of being polluted. They weren’t sure how to respond and were suspicious of these outsiders’ intentions.

The leaders of the community asked them to leave because they were worried about these strangers converting anyone to Christianity.

The team continued to meet with Dom leaders, explaining that they wanted to offer community health lessons and work together with the community.

Finally, the local leaders decided they could start work with people in the community. The trainers began holding lessons about simple ways people could avoid tuberculosis and stomach illnesses.

They also helped Doms become aware that their sicknesses weren’t caused by evil spirits but by smoke or other unsanitary working conditions. Together they work out small ways that workers can keep themselves healthier: bandanas over the mouth and nose, regular hand-washing, not directly touching bodies or feces as much as possible.

Despite their initial mistrust of the World Challenge teams, many Dom have begun attending the health groups and listen to the group leader pray over them.

The prayers encourage some to share their sorrows and daily struggles as they begin to hope that this God will listen and care about their problems in a way that none of the Hindu gods seem to.

This last December, about 80 members from the community attended a Christmas celebration where a local church leader preached about the life of Jesus Christ. Many of them approached the team afterward with questions about Jesus and his story.

Fear of rejection from their own community still keeps many from openly accepting Christ, so the team is praying for the Holy Spirit to open more opportunities for them with those who seem open and curious about the God of the Bible.