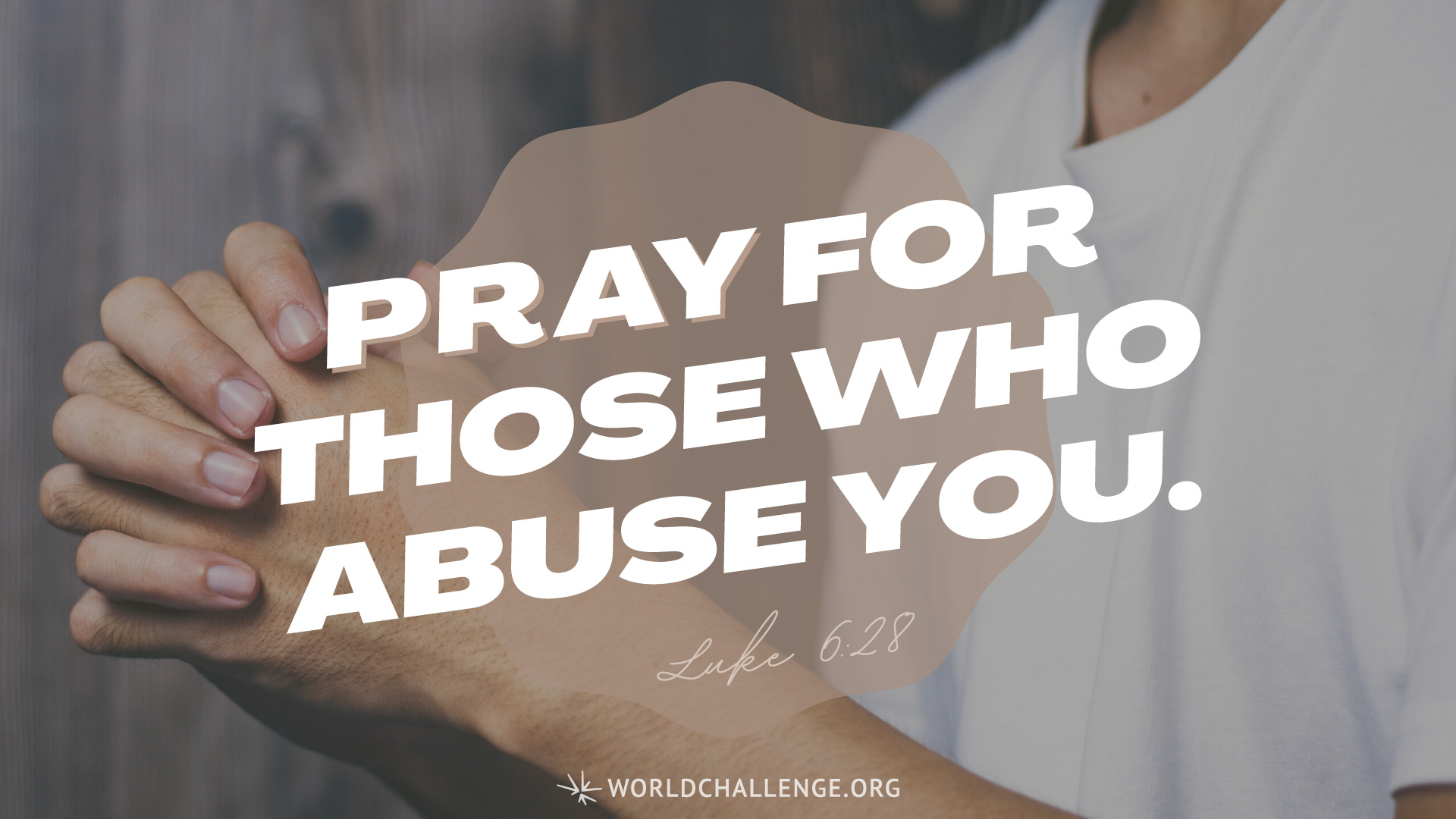 But I say to you who hear, Love your enemies, do good to those who hate you, bless those who curse you, pray for those who abuse you.

“Love your enemies … hoping for nothing in return; and your reward will be great … He is kind to the unthankful and evil. Therefore be merciful, just as your Father also is merciful … Forgive, and you will be forgiven. Give, and it will be given to you … For with the same measure that you use, it will be measured back to you” (Luke 6:35-38).

According to Jesus, an enemy is someone who has cursed you, hated you, or persecuted you (see Matthew 5:44). By his definition, we have enemies not only in the world, but at times in the church. Paul said, “Put on tender mercies, kindness, humility, meekness, longsuffering; bearing with one another, and forgiving one another” (Colossians 3:12-13).

Bearing with (forbearing) and forgiving are two different issues. Forbearing means ceasing from all acts and thoughts of revenge. It says, “Don’t take matters into your own hands. Instead, endure the hurt. Lay the matter down and leave it alone.”

In addition to forbearing, we must forgive from the heart. This encompasses two other commands: loving your enemies and praying for them. Jesus never said the work of forgiving would be easy. When he commanded, “Love your enemies,” the Greek word for “love” doesn’t mean affection but “moral understanding.” Simply put, forgiving someone isn’t a matter of stirring up human affection; rather, it means making a moral decision to remove hatred from our hearts.

When Saul was pursuing David with intent to kill him, David had an opportunity for easy revenge when he found his pursuer asleep in a cave in which David himself was hiding. David’s men urged him, “This is God’s doing! He has delivered Saul into your hand so kill him now and avenge yourself.” But David would not; instead, he cut off a piece of Saul’s garment so he could later prove he could have killed him.

Such wise actions are God’s way of putting our enemies to shame. This was the case when David showed Saul the piece of his garment. “Then Saul said to David, ‘You are more righteous than I; for you have rewarded me with good, whereas I have rewarded you with evil’” (1 Samuel 24:17). Because of David’s actions, Saul’s bitter heart toward him melted.

That is the power of forgiveness — it puts hateful enemies to shame, because the human heart can’t understand such a purely loving response.