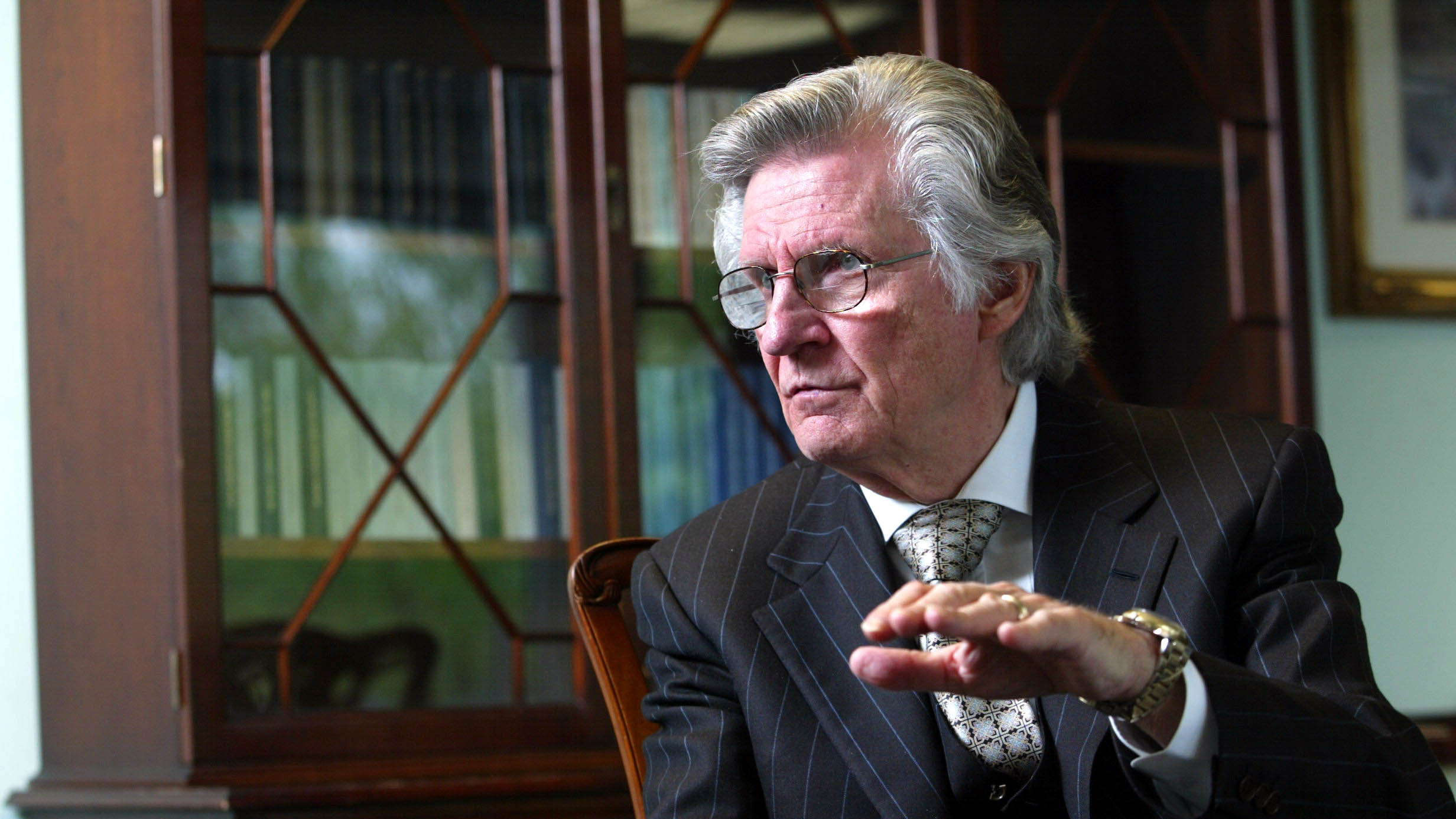 The great work of grace that operated in my father came to an end one year ago. I write to you today not to build up a man, but to give glory to God for the life of his servant.

David Wilkerson’s season of hard work—reaching addicts, gang members and abandoned children on ghetto streets; traveling the globe to raise up Teen Challenge centers and preach the gospel; raising up a church in the heart of Times Square; leading World Challenge to minister to the unreached, to weary pastors, and to the poorest people in impoverished nations—all have come to an end. My father had run his race, faced his upward calling with passion, and has now passed the baton.

We saw in his life the grace of Christ in operation, a grace that energized my father to work harder than anyone I’ve ever known. His work was not self-motivated, nor did he labor by the strength of man. It wasn’t clever ideas or charismatic personality that drove his ministry. It was all by the grace of God, for the glory of God. He ignored accolades, awards and invitations to the offices of presidents and kings. He was more comfortable in prayer, in the pulpit and on the streets than being doted over. His life was to honor God, not to be honored.

Looking back, I’m amazed at how clearly his ministry was birthed, operated and sustained by the Holy Spirit. How else could this multi-faceted ministry still be going strong? How else but by the Holy Spirit could Teen Challenge now have a presence in over 1,000 locations, touching more lives than ever? How could Times Square Church still be faithfully proclaiming an uncompromised gospel to standing-room-only crowds on Broadway, twenty-five years after its founding? How could World Challenge still be serving in over sixty nations, feeding tens of thousands of children, starting and sustaining orphanages, clinics and schools?

My father not only worked harder by the grace of God—he challenged those around him to take up the same calling. The various ministries of World Challenge now have men and women at the helm who are faithfully growing the works begun by God through the life of David Wilkerson. Yet my father’s challenge did not end with them. He meant it also for the thousands of readers touched through this newsletter. I know he wrote to you through tear-stained eyes, often on his knees on your behalf, that you too could discover your high calling and walk fully in it through the great grace of God available to all of us.

My mother, Gwen, a year after the loss of her husband of nearly sixty years, fights through her own tears and sorrow to be a blessing to many. She lives happily near two of her children in Texas, and her physical recovery matches the story of her amazing life—both are truly a miracle. A year ago she was laid up in a hospital bed, then was wheelchair bound, then became mobile with the help of a walker, then was walking with a cane—and today she is walking on her own again. I have no hesitation in saying the great grace of God works mightily through her. She is a sweet woman of great resilience who lives her life for Christ and others.

Our family thanks you so much for your prayers. We know that many of you to whom we minister are in great need yourselves. Last month we sent out a form asking for prayer requests, and we received more than 7,650 responses. It is heartrending to read thousands of stories of families torn apart by youth on drugs, by devastating health, by financial issues. Our family, staff and churches in Colorado, New York and Texas have been hard at work praying diligently over every need. The words of the Andraé Crouch song Through It All make sense for our family and yours: “Through it all, through it all, I’ve learned to trust in Jesus, I’ve learned to trust in God.”

We are standing with you in prayer. And we thank God for your prayers and continued partnership as we continue to work hard, as my father did, through the empowering grace of the Lord.

With you in Christ,
Gary Wilkerson

Update: This page was written and published prior to the passing of Gwen Wilkerson. We are comforted knowing she has entered her reward and is with her beloved husband in the presence of God.