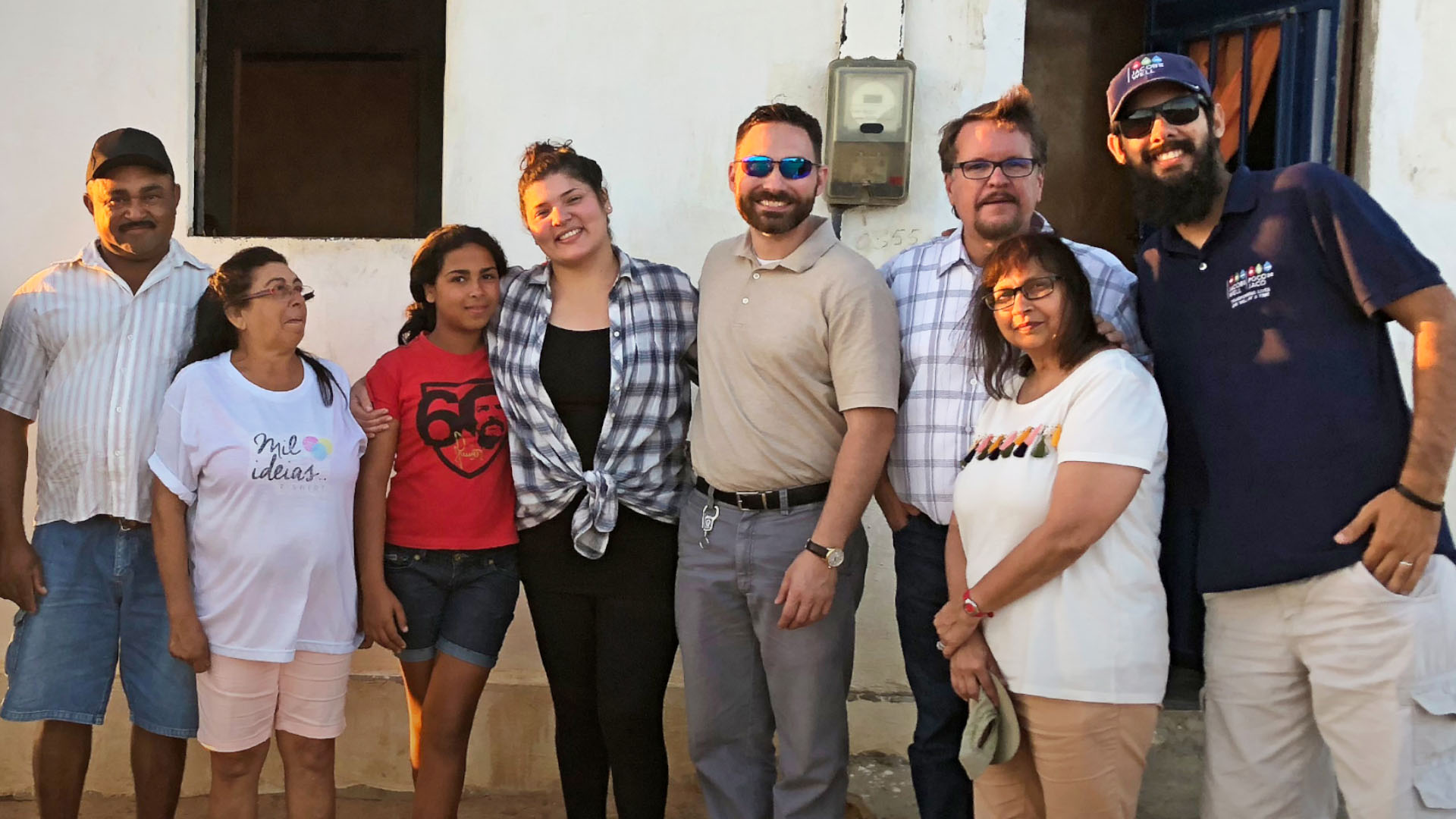 Spirit of Healing in Brazil

Out of desperation, one little girl cried out to God to heal her father and her family.

Walking down a dusty sunbeaten road outside of Fortaleza, you might not realize that you’re only a half an hour drive from those gorgeous white beaches where the world’s top athletes played volleyball in the 2016 Olympics.

While those summer games brought Brazil’s natural beauty to the world’s attention, it also made many people aware of the country’s gang violence, state corruption and sweeping poverty.

As one of Brazil’s biggest cities, Fortaleza has some of the country’s most breathtaking beaches and dreariest ghettos, a portrait of the fabulously wealthy and the desperately poor living side-by-side.

The Church in Brazil

About 55 million Brazilians live in poverty, over a quarter of the population. More than 15 million of those people are in extreme poverty with a daily income of less than 2 dollars.

However, this metric only measures the economics of the “have” and “have-nots.”

World Challenge’s partners see this economic lack as the symptoms of a much deeper problem, one that all of the grandest political movements and secular social work in the world can’t cure.

One of our team trainers met with local church leaders. Over lunch, they talked about what God was doing in their neighborhoods.

Afterward, they decided to go see some of the agricultural projects the church had started and meet the people they were working with.

Church leaders Pedro and Cassia eagerly led the way to the houses of several families who were part of the church community. They particularly wanted our worker to meet one man named Julio, a warm and friendly soul who welcomed everyone into his home.

Looking at his beaming face, no one would’ve guessed that he’d had a violent alcohol addiction and been teetering on the brink of crippling poverty only a few months before.

As the team started talking to Julio and his family about this miracle, their eyes began to well up with tears.

Julio worked at a soccer club, but after work he would head to the nearest bar.

Hours later, he would return home drunk and violent. His paychecks evaporated until all he had to show for his work were the clothes on his back. Julio’s mother came to know Christ and began inviting Pedro and Cassia over to witness to the family, hoping that her son would turn his life around.

The family’s situation did not immediately improve. Julio was still getting drunk and violent. To protect herself and the children from his drunken rampages, his wife left.

However, his daughter started talking to God, crying out as only a child can, for her father to be healed and come back to their family.

A New Start for the Family

Julio began to spend more time with Pedro and Cassia, listening to what they said about God. Eventually, he decided to bend his life to God’s will, which changed his entire demeanor. He was freed of his alcohol addiction.

He reached out to his wife and reconnected with the family.

Now, they meet with Pedro and Cassia for encouragement and accountability. Not only that but Julio and his wife are making plans to be remarried in the church as a celebration of a new life and a new start.

Without God, their story might have simply become another addition to the depressing statistics that hound many poor Brazilians.

With Christ at the center of their lives, though, there is hope for healing from addiction, restored marriages and healthy relationships.

Pictured: Julio and his family, Cassia, the WPS team, and Pedro outisde of Julio’s home.