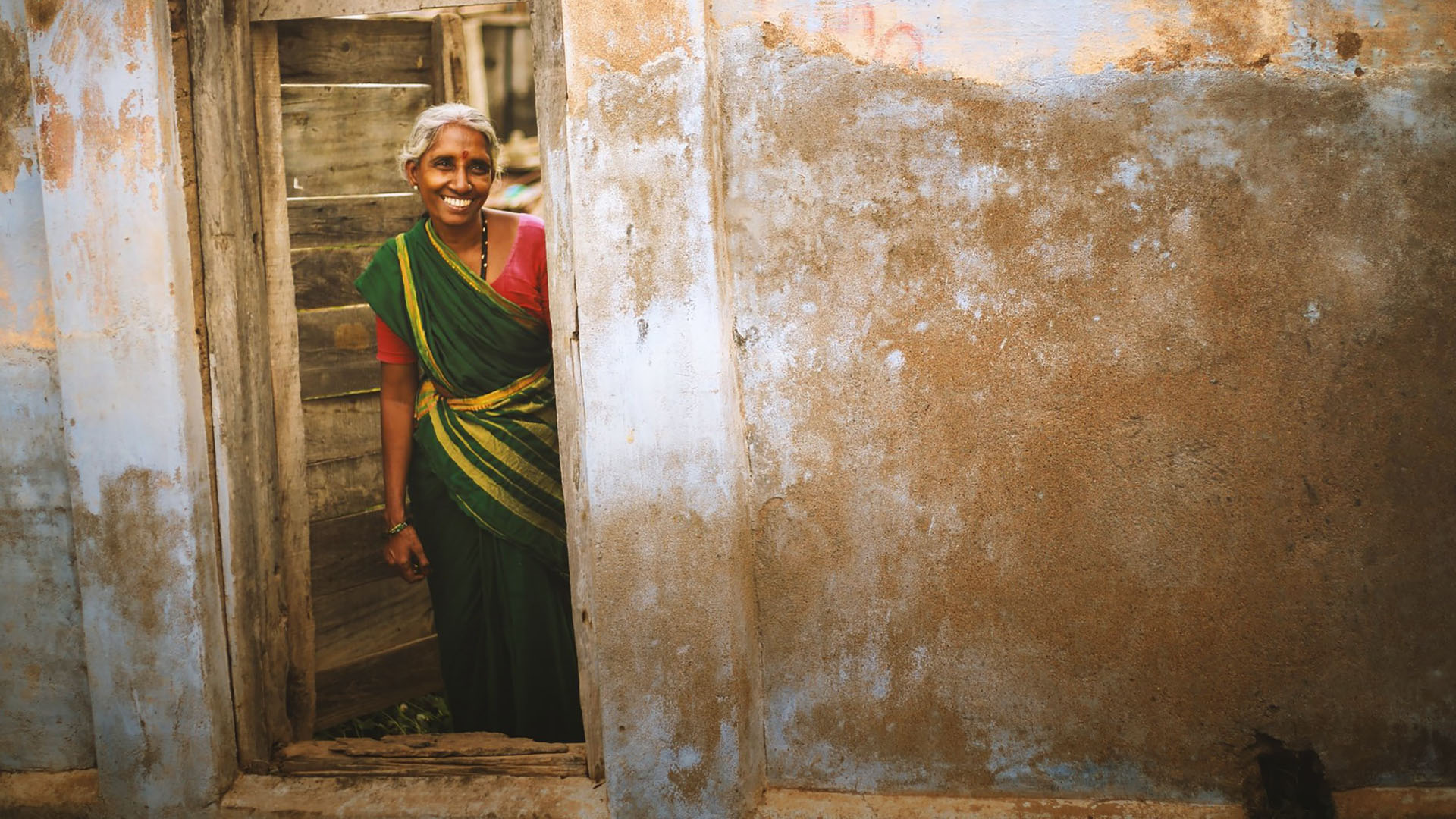 A Prayer Warrior in India

One woman’s miraculous encounter with God planted a sturdy faith in her that would withstand terrible persecution and loss.

Jahnavi’s neighbors brought her to a church that is World Challenge’s partner because she was demon possessed. Her family had ignored the issue, simply ascribing her strange behavior to a spiritual affliction from one of their thousands of gods.

The couple who lived near them were Christians, though, and they knew Jahnavi’s suffering was not benign or ill-defined.

They shepherded her away from her indifferent husband and other family members to the church where they pleaded with the pastor to pray for this woman’s freedom and healing. He willingly agreed, and they prayed.

“God gave me deliverance then,” Jahnavi described later, recalling this moment that changed the course of her life forever.

Persecution in the Home

Her husband was disgusted by her newfound passion for this God and with her attending a church for some foreign religion. Because faithful Hindus observe around 33 million gods, the Bible’s statement that there is only one deity is alien and quite offensive.

“He tortured me in many ways, sometimes beating me, and also forbidding me to go to the church for a long time,” Jahnavi said slowly before adding, “I prayed with tears for him to change.”

As it became clear, though, that her faith would not be dampened by his abuse, her husband decided to kick her out of the house. He told her not to come back.

“I stayed with relatives in another village. We never had children, but God strengthens me with his Holy Spirit in my times of loneliness.”

The pressure on people in India who don’t have children is intense, and many feel that childlessness is a curse. Men are strongly encouraged to find a different spouse, and women are told to see a babajis—a yogi who has supposedly achieved enlightenment—to be given strange tasks like beating themselves with peacock feathers, planting flags in difficult-to-reach areas and even feeding black dogs with chapaati for a month.

Jahnavi resisted all these pressures and prods from her family to “do something” about her abandonment and lack of children. She refused to remarry or bear a child outside of wedlock.

She continued to pray for her husband, and the church became her new family.

Embraced by the Church

Jahnavi’s husband eventually passed away without ever surrendering to God or forgiving his wife for following a different religion.

The years of petitioning God has become a way of life for Jahnavi, though, and she has become the one people regularly approached at church for prayer, knowing that she will steadfastly battle on their behalf through intercession.

As she’s grown older, she has begun to face some health problems and is no longer able to work. Her life shrank as food and other daily necessities became more and more difficult for her to buy. She started praying and trusting God to provide for her needs, and sure enough two leaders in the church approached her about receiving a monthly support for her medical needs, funded by World Challenge.

Jahnavi is not the only widow that the church helps either.

The team supports 176 widows and widowers, most of them receiving between $1.50 and $3 a month to help pay for doctor visits or medicines.

Although this may seem like a very small act, it’s deeply felt by many of the participants who don’t have relatives or children to help them. The church has become their family.

“I thank God for the support I receive from World Challenge. Even though they don't see me directly, God has put his love in their heart for people like me.” Jahnavi added with a smile, “I pray for them every day: ‘God bless you.’”