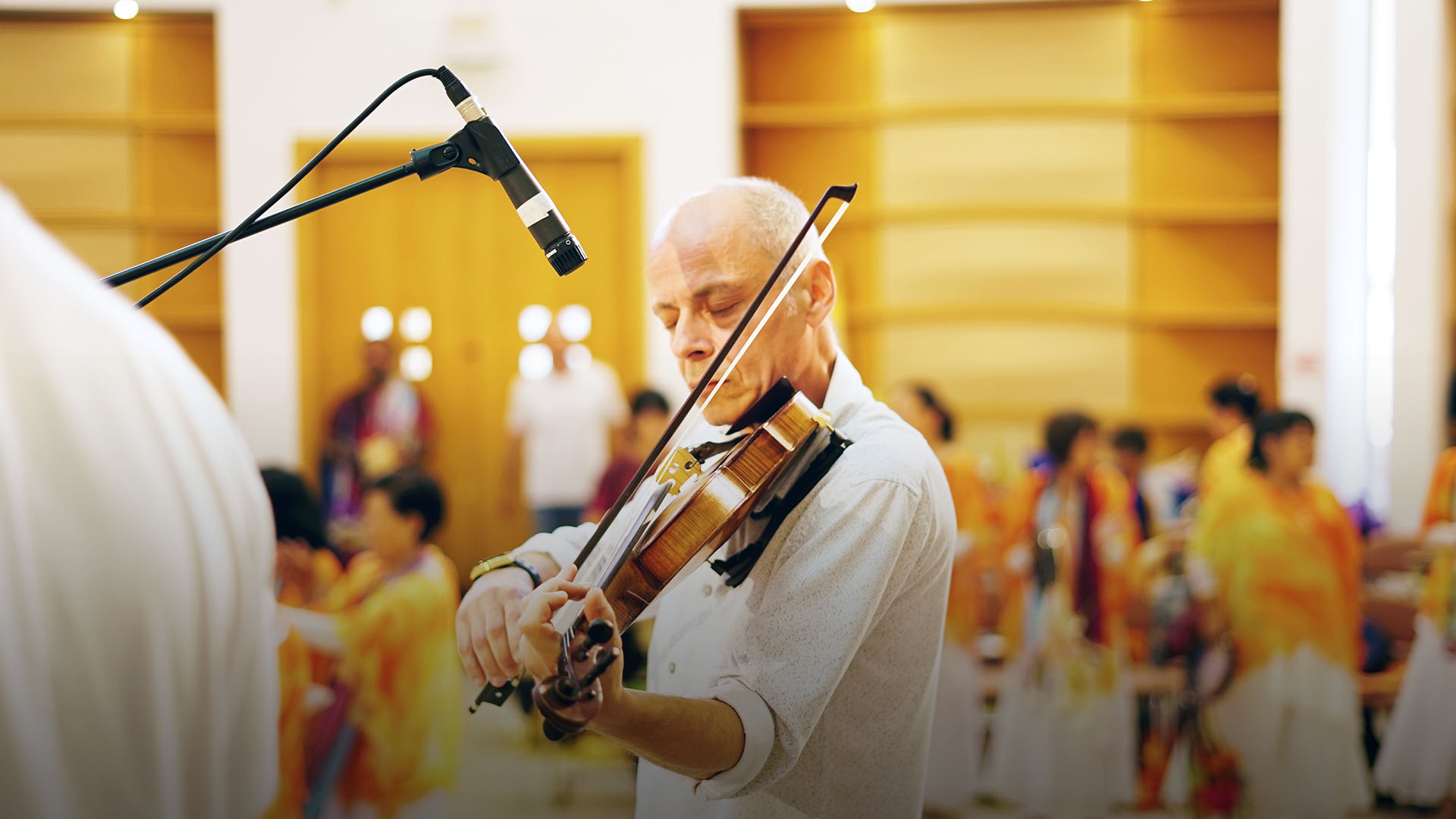 Making the Music of Freedom

As God moves in his life, one man is rediscovering the musical abilities that seemed lost in the sea of heroin addiction.

According to government studies, nearly 22 million Americans are addicted to alcohol or drugs.

Jerry Nance, director of Global Teen Challenge, points out that the world is in an epidemic of addiction. No matter where he goes—India, the Netherlands, Vietnam, America—he has found that drugs are the modern method of drowning out pain and hopelessness.

In a podcast episode about helping loved ones with addictions, Jerry noted, “People will say recidivism is a part of the process of recovery.

“Doesn’t have to be. That's why we say, ‘Jesus is the cure.’ We have such a high success rate in programs because faith has a true impact on the ability to bring recovery to an individual's life and because in the church you got community…”

Belief in the power of the Holy Spirit’s healing and community is what lies at the heart of World Challenge’s partners work in Israel with those who suffer from addictions.

Given a Heart of Flesh and New Life

When David arrived at the rehab center, he had been a heroin addict for 26 years, living on the streets of Tel Aviv.

A member of the local church’s congregation had shared the gospel with him and then told him about their rehab center. After over a quarter century of bondage to this vicious drug, David’s feet turned onto the road toward freedom.

He arrived at the rehab center and agreed to the stipulations of the program. They warned him about the withdrawal symptoms and began praying with him as he prepared to start this journey.  He stopped taking methadone, but he miraculously experienced no withdrawal pain at all. With this display of God’s compassion on him, David began pursuing a life with the Lord.

Reflecting on the recovery path God has put David on, the center director mused, “The prophet Ezekiel foretold a day would come when the Jewish people would be gathered from the four corners of the earth. Once they have returned the Lord would begin a spiritual cleansing leading up to a resurrection from the dead.

“This is exactly what is happening in our midst. The unclean spirits of drugs and alcohol are being crushed by the power of God. The promise of a new heart and spirit are being received by faith. As our friends from the nations heard the testimonies of the men in our home, they were hearing stories of life from death.”

To Play Music Before the Lord

One night at a kibbutz dinner, David stood up before the group, told the story of how God was changing his life and boldly expressed his personal faith in Jesus as the Messiah of Israel.

Eventually, David approached the center director with a story and a request. As a child growing up in the former Soviet Union, David had been trained as a violinist, but he put down his instrument after his addiction had gripped him. Frankly, he had not expected to play ever again. Now, however, he felt a resurging desire to pick up the violin. Would this be an appropriate way to worship God, assuming he could regain his former skill?

Of course, the director encouraged him to begin practicing and offered to mentor him as part of their church’s worship team. After not playing the violin for 26 years, David’s gifting and training as a violinist are being restored, and he has also begun playing in some of the church’s evangelistic outreaches to Holocaust survivors.

David’s life truly exemplifies the full scope of our partner’s calling in Israel: to minister to the lost addicts and to disciple them as their healing lives give glory to God.