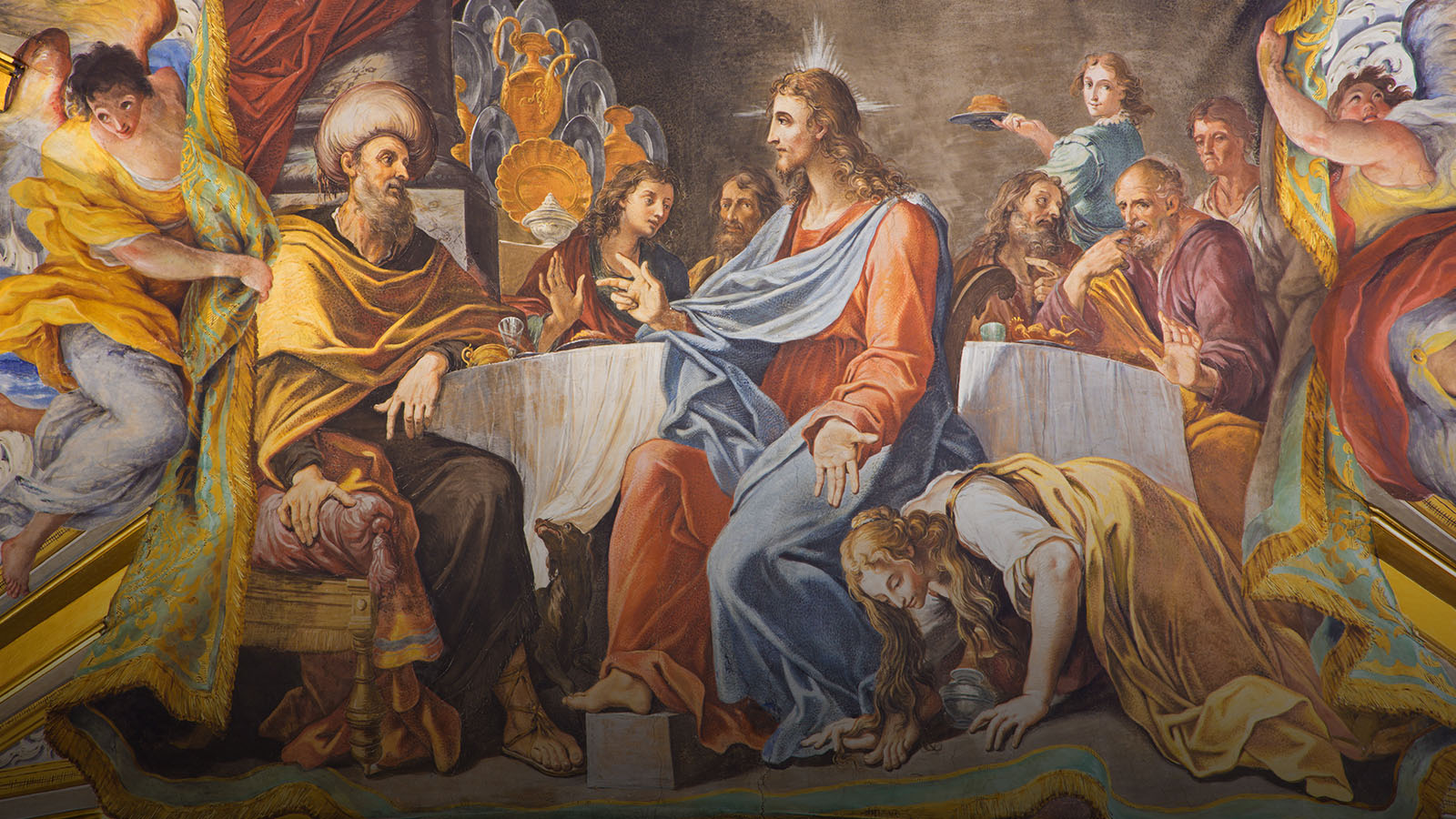 We cannot serve Jesus properly unless we know the depths of his love for us. As John writes, “We love because he first loved us” (1 John 4:19, ESV). We absolutely must receive the Lord’s love into our hearts — and it’s vital that we love him back.

This is beautifully illustrated for us in the story of a woman who showed up at a dinner Jesus was attending. “One of the Pharisees asked [Jesus] to eat with him, and he went into the Pharisee’s house and reclined at table. And behold, a woman of the city, who was a sinner … brought an alabaster flask of ointment, and standing behind him at his feet, weeping, she began to wet his feet with her tears and wiped them with the hair of her head and kissed his feet and anointed them with the ointment” (Luke 7:36-38).

This is one of the most moving scenes in all of God’s Word. This “woman of the streets” had apparently crashed a dinner party hosted by an upstanding religious leader. It was an awkward moment, yet it had everything to do with John’s statement, “We love because he first loved us.”

“When the Pharisee who had invited [Jesus] saw this, he said to himself, ‘If this man were a prophet, he would have known who and what sort of woman this is who is touching him, for she is a sinner.’ And Jesus answering said to him, ‘Simon, I have something to say to you.’ And he answered, ‘Say it, Teacher.’

“‘A certain moneylender had two debtors. One owed five hundred denarii, and the other fifty. When they could not pay, he cancelled the debt of both. Now which of them will love him more?’ Simon answered, ‘The one, I suppose, for whom he cancelled the larger debt.’ And he said to him, ‘You have judged rightly’” (7:39-43).

Jesus’ point to Simon is clear. He explains, “I tell you, her sins, which are many, are forgiven — for she loved much. But he who is forgiven little, loves little” (7:47).

This woman, emotionally ravaged by the life she led, felt God’s loving grace so powerfully that she had to love Jesus back. So, she initiated a sacrificial act of love — one that cost her a lot. She gladly paid the price not just in terms of the expensive ointment, but also her own dignity. The others at the table may have been embarrassed, but she is celebrated for the ages for her profound tenderness to the Savior.