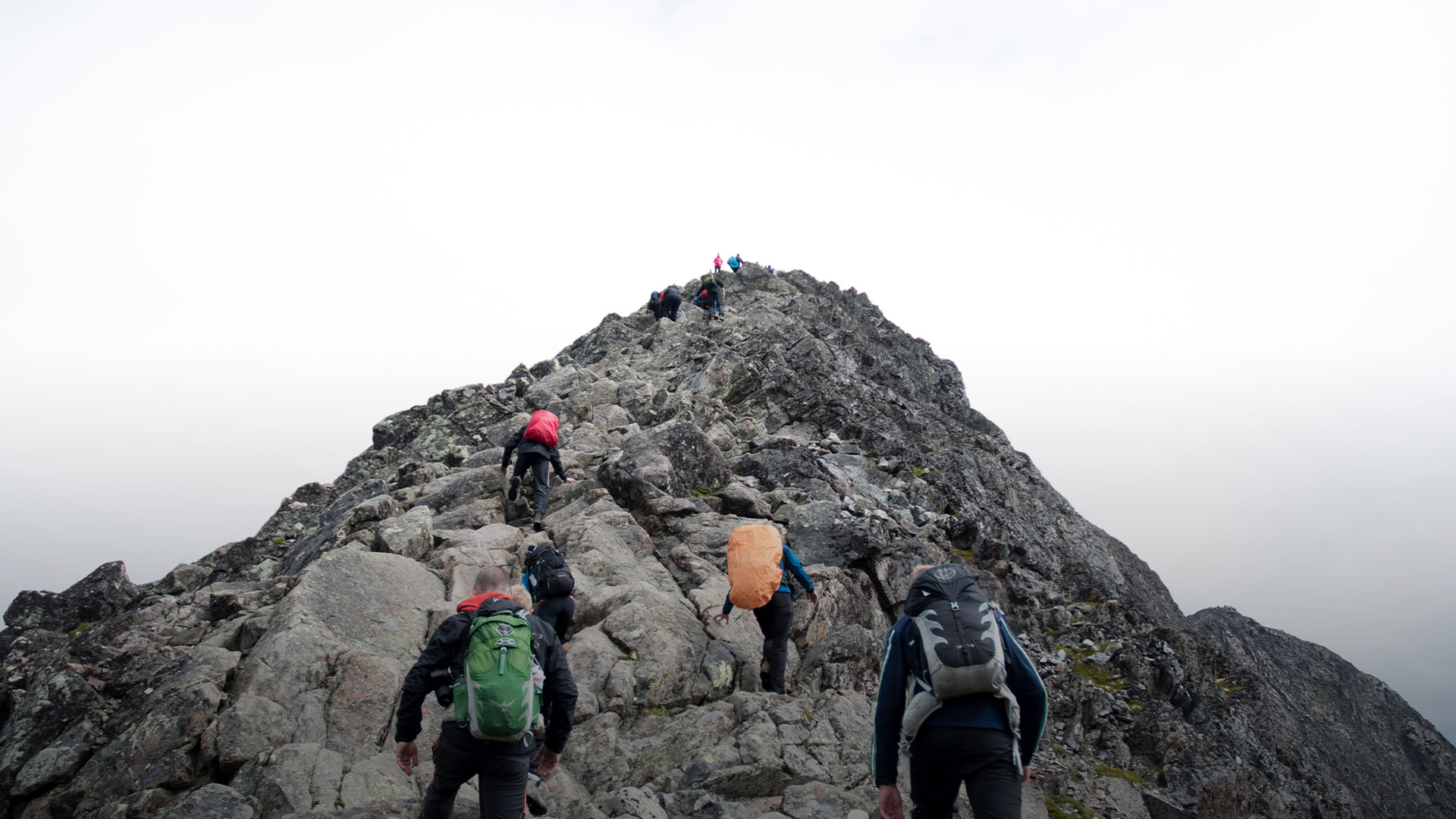 At the Head of the Pack

Everyone is under a leader, whether they like it or not, but the question remains of whether that leader is a good one.

What defines a good Christian leader?

If we want to be safely generic, we might say that it’s someone who “follows God.” In all honesty, though, there are a lot of people who follow God who would still make very poor leaders.

If we dared to be more specific, we might try to innumerate all the duties that a godly leader seems to manage; or we might try to describe the kind of personality we’ve noticed in someone we felt was a good leader.

All of these attempts to describe a leader worth looking up to, however, fall apart because extroverted, charismatic, driven individuals can still be poor leaders.

The definitive list of leadership comes from one impossibly good leader: Jesus Christ.

Jesus wasn’t interested in self-glorification; he regularly told people not to announce who had healed them. Jesus made sure to have close friends, and he didn’t try to manage everything. He got righteously angry at those who extorted and hurt others, but he was incredibly compassionate to those who were suffering or genuinely interested in understanding how to better know God.

Obviously, the most well-intentioned leader can’t be just like Jesus because he was God, but the impossible standard remains, a reminder that even the best leaders must always point past themselves to the one perfect leader.

Good leadership revolves around a working knowledge that the one ultimately calling the shots must be God, otherwise everything falls apart.

John Piper defines good “spiritual leadership as knowing where God wants people to be and taking the initiative to use God’s methods to get them there in reliance on God’s power….

“If we would be the kind of leaders we ought to be, we must make it our aim to develop persons rather than dictate plans. You can get people to do what you want, but if they don’t change in their heart, you have not led them spiritually. You have not taken them to where God wants them to be.”

This hints at what many people may, unfortunately, have far more experience with: bad leadership.

The Twin Roots of Poor Leaders

The Bible is jam-packed with examples of evil kings and hypocritical Pharisees, but honestly, most people don’t need extra illustrations. The church has a sad trail of failed leadership littered the road behind us with carnage.

Pastors abruptly and publicly renounce their faith. The leader of a Bible study turns out to be harboring a sexual addiction. It’s revealed that a ministry head was abusing their children. Someone’s sorted past is brutally uncovered, and they’re castigated instead of compassionately helped. A conflict between congregants receives slipshod attention. Marriage counseling is bungled.

A secret abuse, a mismanaged disagreement, a forgotten call, an ungracious response—the list could truly go on and on.

Two universal qualities of bad leadership, however, can be seen in King Saul.

“In essence, Saul’s root character flaw is self-exaltation and self-deception,” explains Bible Project creators Tim Mackie and Aeron Sullivan. “He thinks he knows better than everyone else, including God. The biggest tragedy is that he’s not even aware of it. The story shows he is completely blind to his arrogance and always believes he’s in the right.”

His self-exaltation made him quick to push others aside in order to elevate himself and overly defensive if anyone threatened that self-made image, especially that talented shepherd boy from Bethlehem.

His self-deception kept him from seeing any of the problems in his kingdom as his problems. They were always someone else’s fault.

More or less, these two issues encompass all bad leadership. While they may manifest differently for certain people, the rotten roots are the same: an inability to consider others as equals or superiors and a terrible internal myopia that blinds us to our own failings.

As a church leader, it can be hard to tell if we’re managing to stay on the road of good leadership, but there are a few steps we can take that help.

“Even if you're in a small church, you don't have to be a one-man show,” Gary Wilkerson explained in his podcast. “You can ask for help. There was a church in Kenya we were at last month or two months ago, and it's a church of maybe 10,000 people and they only have one staff member, the pastor. Everybody else is a volunteer.

“The place is run better than any organization I've ever seen here in American, powerful because the people just know their calling and their giftedness. You can have a church even if you don’t have a lot of money by willingly giving up some of the power and control.”

Giving up control, no matter what the circumstances, isn’t easy. In fact, it’s impossible to do right on our own.

David had a long tenure under King Saul before he was made king. He had a choice: he could let Saul’s behavior infect his own, or he could ask God to put him on a different path.

If you’ve read the story in 1 Samuel and 1 Kings, you know he chose the latter.

He knew he didn’t have the power to change his own base nature; only God could do that. A long-time military veteran, he also knew that this was a war, not a one-time battle. After his greatest personal failure, one where he thoroughly abused his power as king, he cries out, “Create in me a clean heart, O God. Renew a loyal spirit within me” (Psalm 51:10).

Good leadership isn’t without its rough patches and failures, but it doesn’t stay in those potholes, and it doesn’t rely on just human strength to pull through to better pastures.