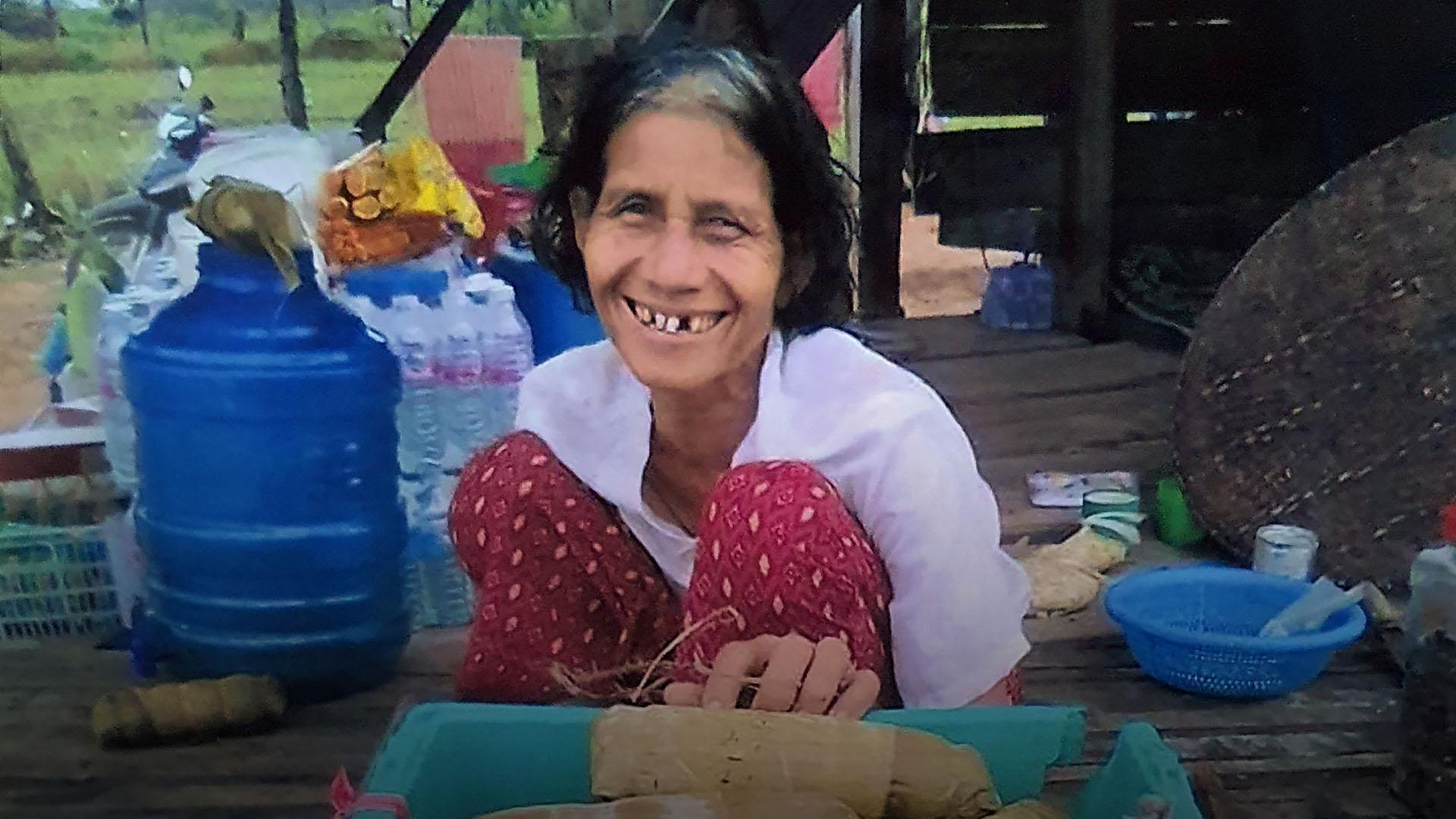 Spiritual attacks and hauntings are not unheard of in Cambodia, but the Holy Spirit gave light and new life to one precious lady and her granddaughter.

Being troubled or even possessed by spirits is an accepted possibility in Cambodia. Workers have claimed to have fainted in large groups because of a spiritual attack on the factory where they work. Buddhist monks regularly visit homes to help protect its inhabitance from vengeful spirits.

According to one report, an actress who had a part in a horror film was possessed while on the set filming. She attacked her co-star and attempted to strangle the other actor with a wire.

One reporter wrote, “We have heard of actors becoming so engrossed in their characters that they – sometimes – start to embody them. There is also a school of thought wherein people who essay the roles of ghosts or evil spirits are said to attract negative energy on to the sets and even the cast and crew.

“Well, if recent reports and a video are to be believed, one such incident happened in Cambodia…”

The distressed camera crew believed that filming a violent movie invited evil spirits onto the set and affected this particular actress. They gathered outside the room where the woman was huddled, begging the spirit to leave her and them alone.

While some Western news sources asked if this were a prank or publicity stunt, locals know better than to doubt many of the spiritual happenings in their land.

Ngen Phat lives in a relatively small village, helping her five children and 17 grandchildren whenever they are in a tight spot. She’d lost her husband years ago so her remaining family was the nucleus of her life and the reason she went out to hawk banana wraps with sticky rice.

When she heard that her granddaughter had been possessed by a demon, it felt like a blow to the heart of her family.

A year passed as Ngen Phat fretted over her granddaughter and how to help her shake off the evil spirit that had taken hold of her. “Before, she was fine; but since then, she even could not take a bath by herself. She always looked down to the ground from morning until night. I took her to many doctors and fortune tellers who are well-known…but nothing happened.”

The possession was not dramatic in many ways because her granddaughter was not violent to anyone else, but the entire event still struck fear in Phat’s heart. This was not the bright little girl she loved. How could she go forward in life like this, silent and tormented? What if other spirits were attracted to her? Who would marry her if she was known to be possessed?

Troubles and fears of the future felt like they were swirling overhead.

A Steady Stream of Prayer

Ngen Phat met World Challenge’s partners and church leaders in the area and heard about the Son of God who drove out demons and healed the sick. Desperate for any hope, she talked to one of the volunteers, wanting to hear more; and then she laid herself and her worried heart before Christ.

When she explained the situation with her granddaughter, a group of volunteers gathered and traveled with her to her home. “They came to my house to pray for my granddaughter and continue coming every Sunday to pray and ask us to join in worshipping God,” Phat explained.

“Step by step, my granddaughter started to lift up her head, looking at me and others. On the 6th of August, she gave her life to Christ and wanted to be baptized. We prayed over her, and the next day she was as normal as other girls. She started helping with cleaning dishes and house again. She knows what is good and what is bad, right and wrong.”

The slow breaking of demonic chains around her granddaughter had finally resulted in her salvation and spiritual healing.

“I am very excited that God miraculously healed my granddaughter,” Ngen Phat said with delight. “I thank the volunteers who always came to pray for my granddaughter. May God bless you all.”