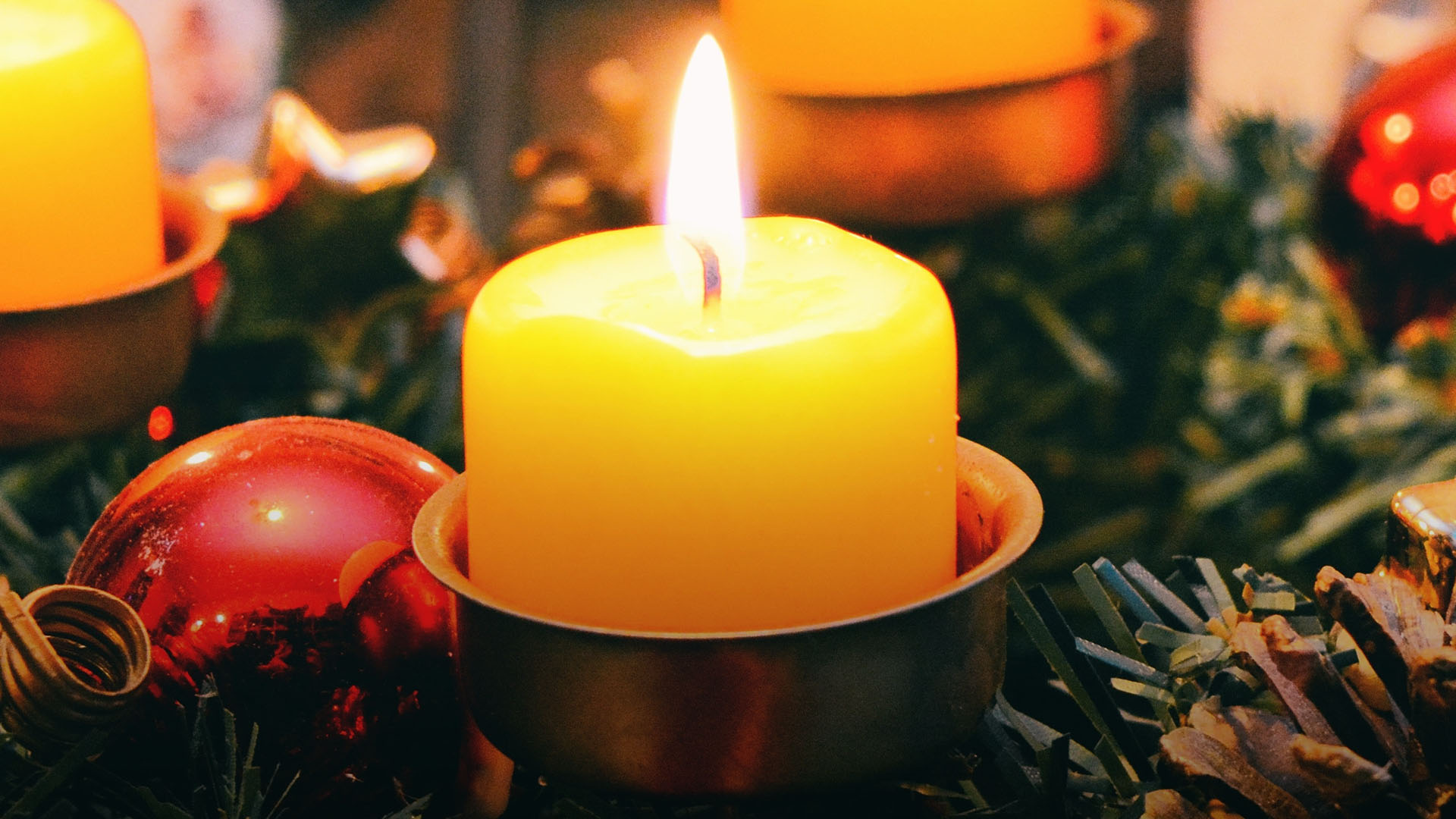 The First Sunday of Advent

Known as the ‘hope of the prophets,’ this first marker of Advent is a reminder that God does not ignore our world’s darkness and that we strain toward a future hope not yet realized.

Most people in the U.S. are at least vaguely acquainted with the gunfight at the O.K. Corral, if only from popular culture references or the cult classic movie Tombstone.

The story is centered around lawmen Wyatt Earp and less renown Doc Holliday, of whom Earp said, “Doc was a dentist whom necessity had made a gambler; a gentleman whom disease had made a frontier vagabond; a philosopher whom life had made a caustic wit; a long, lean ash-blond fellow nearly dead with consumption, and at the same time the most skillful gambler and the nerviest, speediest, deadliest man with a six-gun I ever knew.”

Tuberculosis ultimately caught up with Doc Holliday in a tiny Colorado town west of the Rocky Mountain’s Front Range. Just outside of the city, a short hike up into the hills is a tiny graveyard where Holliday was buried, though the exact location of his grave is unknown.

On the edge of the site is a plaque for the “Potter’s Field,” a reference to Matthew 27:3-10. Here was the burial site of prostitutes, immigrants and those too poor to afford proper burial, as Doc Holliday was in his final days.

I hiked that hill and stood on the edge of this Potter’s Field, the first cold breath of winter on the back of my neck. It’s likely that Holliday was buried there with a wood marker that quickly deteriorated. Most of the sites are unmarked, so a monument was set up by the city which reads “To the Memory of All Who Sleep Here in God’s Acre.”

Even in the amoral, violent and often lawless West, God had not been entirely forgotten. He was entrusted with those who had fallen below society’s attention.

People still held to a hope that stretched beyond death.

Living in a Time of Judgment

The first Sunday of Advent is celebrated by remembering the ancient Israelite prophets who anticipated the Christ’s coming. Their hope and longings stand as a reminder to the modern church that we are not looking for a mere human savior or leader who can redeem our lives. Our hope is much bigger than that.

The times most of these prophets lived in were not quiet or peaceful. Most of them were witnessing terrible idolatry in the nation and even among God’s people. Others were living through God’s judgment on the country through either disease or foreign invasion or both.

Their longing for Christ sprang from a place of mourning, something we may lose sight of in our modern preparations for Christmas.

In the book of Isaiah, the prophet writes these oft-quoted lines:

“The people who walked in darkness

have seen a great light;

those who dwelt in a land of deep darkness,

on them has light shone….

For to us a child is born,

to us a son is given;

and the government shall be upon his shoulder,

and his name shall be called

What is often forgotten is that the prophet Isaiah was speaking to God’s people, warning them that their rebellion against God’s covenant would come at a terrible cost. If they continued chasing other things than the Lord and continued neglecting and oppressing the poor, their Father would use the kingdoms of Assyria and Babylon to punish their persistent disobedience.

“Oh that you would rend the heavens and come down,

as when fire kindles brushwood

and the fire causes water to boil—

to make your name known to your adversaries,

and that the nations might tremble at your presence!

When you did awesome things that we did not look for,

you came down, the mountains quaked at your presence.

From of old no one has heard

or perceived by the ear,

no eye has seen a God besides you,

These prophecies, however, didn’t come from Isaiah’s anger or bitterness at the people around him. They sprang from Isaiah’s hope that God would redeem his people, purify them and send them out to be a blessing to the nations.

An Urgent Waiting and Watching

The Christmas season for many can be a stark reminder of estranged family relationships, broken homes, lost loved ones and all the heart-piercing pains of living in a broken world.

Christ has come to offer salvation and hope, but he hasn’t yet removed us from the harsh consequences of living side-by-side with sin. Like the prophets of old, we’re still anticipating his return to free us from rebellion and suffering. That knowledge can be hard to reconcile sometimes as we prepare for all the Yuletide festivities.

Justin Holcomb, Episcopal priest and instructor of theology, insightfully wrote, “While it is difficult to keep in mind in the midst of holiday celebrations, shopping, lights and decorations, and joyful carols, Advent is intended to be a season of fasting, much like Lent, and there are a variety of ways that this time of mourning works itself out in the season. Reflection on the violence and evil in the world causes us to cry out to God to make things right — to put death’s dark shadows to flight. Our exile in the present makes us look forward to our future Exodus. And our own sinfulness and need for grace lead us to pray for the Holy Spirit to renew his work in conforming us into the image of Christ.”

In many ways, we were all buried in the Potter’s Field, the space for the poor and unwanted, the lawbreakers that only God would claim. Christ brought us back from the dead, but we’re still living the Wild West.

“Today we are living in fearful times such as few of us have ever known,” David Wilkerson wrote, “The truth is, only a personal word from the Lord can lead us through such times with the enduring hope we need…. While the world is under vengeance — when all things seem to be spinning completely out of control — God is in the process of saving us. He is using even the chaos of world events to bring about his salvation. He is faithful to save and to keep his people, through every calamity.

“As for God’s people, we have the abiding Holy Spirit to speak a word from heaven to us. I believe the challenge for every believer today is to stay in the Scriptures until the Holy Spirit makes God’s promises seem to jump off the pages to them personally. We can know when that happens because we will hear the still, small voice of the Spirit whispering: ‘This promise is yours. It is God’s Word given just to you, to see you through these hard times.’”

The Old Testament prophets’ urgency is ours as we examine commands that Jesus gave us concerning when he would come again.

The Shadow of Things to Come

She added, “I love cemeteries where the gravestones have biblical verses on them. In one of the cemeteries where our family members were buried in the 19th century, there is a tombstone with the inscription, ‘At evening time there shall be light.’ I used to think that line came from some sentimental Victorian poem. What a thunderclap to realize that it is from the apocalyptic passage in Zechariah, where the new creation from God comes into being!

“It’s not about the death of an elderly person slipping away into the twilight. It’s about the redemption of the entire human story and the created cosmos, transformed by the mighty intervention of God. Those redeemed by God ‘will need no light of lamp or sun, for the Lord God will be their light, and they shall reign for ever and ever’ (Rev. 22:5).”

The hope we strain towards and which the whole earth groans for is none other than Christ’s return and final restoration of the world. With the prophets of old, we eagerly wait and watch for our Savior.