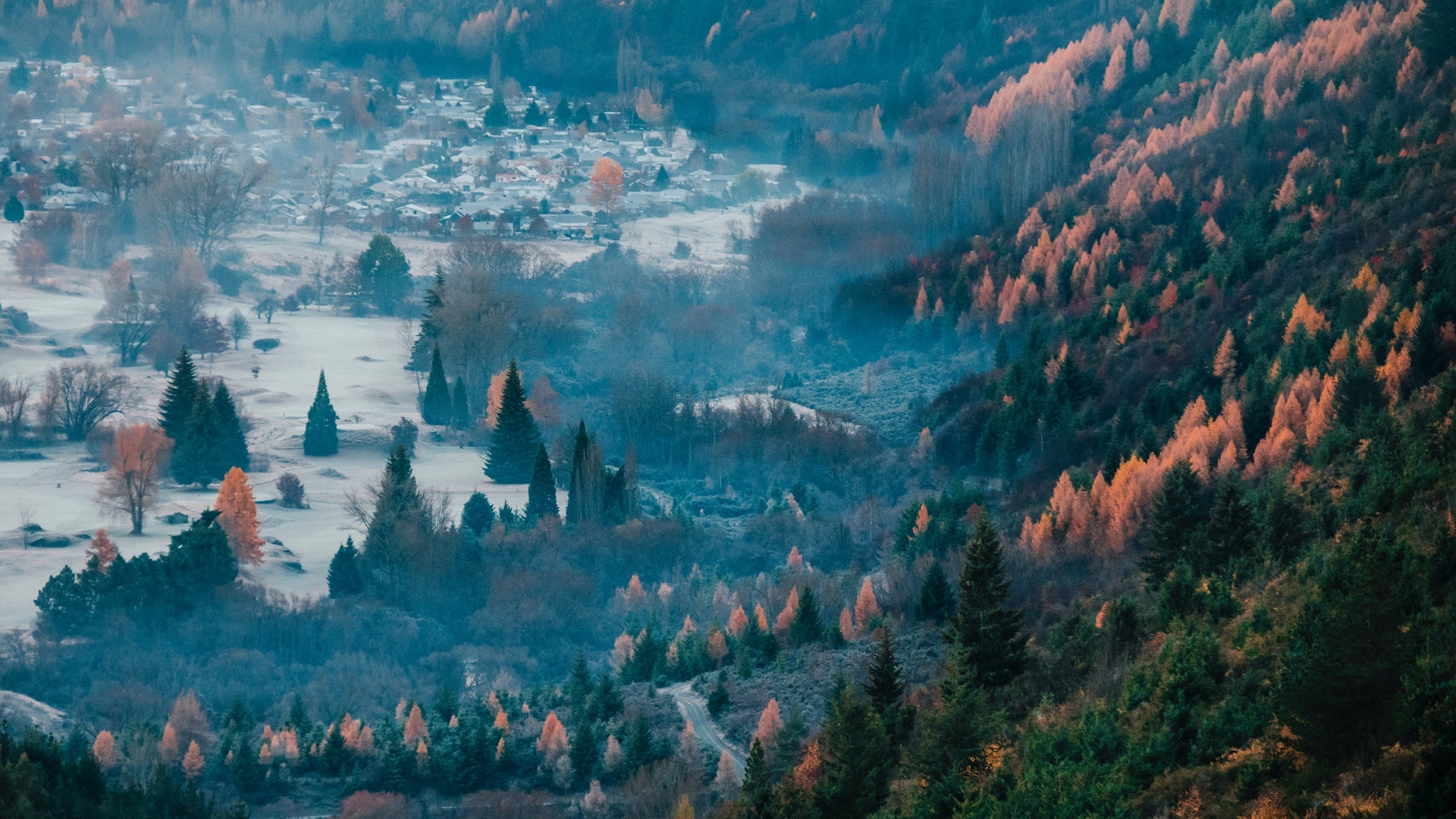 Evidences: How the Resurrection Changed the World

In my last article, I discussed how the greatest miracle of all time, the resurrection of Jesus Christ, was supported with powerful evidence. The empty tomb, the appearances of Jesus and the radical transformation of the disciples act as the immediate or surrounding evidence of his resurrection, but there’s more. I want to look now at the secondary evidence, which is the effect that the resurrection had on the world. Because if something like the resurrection were to actually take place, we can be sure it would change everything; and this change would happen primarily through those who witnessed Jesus rise from the dead. This is a look into how the risen Jesus empowered his disciples with the Holy Spirit to do signs and wonders, all for the most important purpose of sharing “He has Risen!” (Matt. 28:6).

Jesus’ promise to the disciples was crucial to the ministry they were about to carry out. You see, they couldn’t simply go out and share God’s message without God’s power. For this most important work of sharing that Jesus has risen, it would take a supernatural authority. In other words, without the power of the Holy Spirit, no one would believe anything the disciples had to say. After all, no one is prone to believing someone can be raised from the dead.

I had this friend in high school who would always talk about how great of a guitar player he was. Knowing that I played guitar, he said that we should start a band and make money playing concerts. It was the musician’s dream. So I invited him over one afternoon for guitar practice. “This will be great,” I thought. “I can’t wait to hear how good he is.” He plugged in his amp, turned up his guitar and began to play…and it was awful. It was like he had never played before. So what happened here? After weeks of talking about how good he was, I realized he could hardly play at all. My friend made a claim that he couldn’t back up. This kind of thing happens all the time.

Likewise, Jesus knew the world wouldn’t just believe what his disciples had to say. They were going to need a credibility and authority to their words. The promised Holy Spirit to these disciples would end up being all the authority they’d need. Through the power of the Holy Spirit, the disciples would do miracle after miracle, healing the sick, casting out demons and even raising the dead, all to show that this message of Jesus’ resurrection was backed up by the extraordinary power of God. Their message was true, and their miracles showed this.

Miracles That Need an Explanation

Let’s look at some examples of how miracles led the masses to ask, “Why is this happening?”, which then led to the preaching of Jesus’ resurrection. Acts chapter two opens up with the first of many signs and wonders. “When the day of Pentecost arrived, they were all together in one place. And suddenly there came from heaven a sound like a mighty rushing wind, and it filled the entire house where they were sitting. And divided tongues as of fire appeared to them and rested on each of them. And they were all filled with the Holy Spirit and began to speak in other tongues” (Acts 2:1-4). The Holy Spirit empowered the disciples to speak in many different languages, and look at how the surrounding crowd responded. “And all were amazed and perplexed, saying to one another, ‘What does this mean?’” (Acts 2:12). You see, the sign was this attention grabber that got everyone listening, wanting to know how this could happen. Knowing the stage was set, Peter spoke. “Men of Israel, hear these words: Jesus of Nazareth…delivered up according to the definite plan and foreknowledge of God, you crucified and killed by the hands of lawless men…This Jesus God raised up, and of that we all are witnesses” (Acts 2:22-23, 32, ESV). There you have it. Signs and miracles that grabbed the people’s attention, all for the purpose of proclaiming that Jesus has risen. The result of this whole experience? About three thousand people were saved (see Acts 2:41).

In the next example, Peter and John were going to the temple and noticed a man at the gate who couldn’t walk and was begging for money. Peter looked directly at the man and said, “I have no silver and gold, but what I do have I give to you. In the name of Jesus Christ of Nazareth, rise up and walk!” (Acts 3:6). This man jumped up and began “walking and leaping and praising God” (v. 8). As you would expect, it caused a scene. Many people gathered around and “they were filled with wonder and amazement at what had happened” (v. 10). Again, look at how Peter responded to this gathered crowd. “Men of Israel, why do you wonder at this, or why do you stare at us, as though by our own power or piety we have made him walk? The God of Abraham, the God of Isaac, the God of Jacob, the God of our fathers, glorified his servant Jesus, whom you delivered over and denied in the presence of Pilate…and you killed the Author of life, whom God raised from the dead. To this we are witnesses” (Acts 3:12-15). To simplify, Peter tells the Jews the one true God (whom they believed they worshiped) sent his Son Jesus whom they delivered over to Pilate to be executed, but God raised Jesus up from the dead. Now Peter tells the Jews to repent that they may receive eternal life. What was the result of this miracle and preaching? About five thousand people got saved (see Acts 4:4).

A Force that Can’t Be Stopped

As you can see, Christianity was now starting to get some momentum, first with the day of Pentecost and then with the miracle of the man who couldn’t walk. The book of Acts is filled with these records of signs and miracles, but the miracles were always used to make way for the teaching that Jesus rose from the dead. This is what lead people to believe, and this is how Jesus’ resurrection changed everything.

Acts says that the thousands of people who were getting saved would receive the Holy Spirit, and likewise, they too would become witnesses of Jesus’ resurrection. “And every day, in the temple and from house to house, they did not cease teaching and preaching that the Christ is Jesus” (Acts 5:42). The news of Jesus and his resurrection spread like wildfire from Jerusalem to Judea, to Samaria and to the ends of the earth just as Jesus had promised. What’s interesting, though, is that this spread happened against all odds. The Jews and the Romans were completely set on destroying Christianity. Some Jews even promised they would not eat or drink until they killed Christianity’s leading missionary, Paul (see Acts 23:12). Yet, despite the severe persecution that the Christians faced — including being outcast, imprisoned, beaten, flogged, tortured, stoned, beheaded, burned to death and sawed in two — Christianity still thrived. The reason for this could only be that each of these Christians sincerely believed Jesus had risen. To them, Jesus’ resurrection was obvious due to the apostles preaching, signs and wonders, and the pouring out of the Holy Spirit. Once they received the Holy Spirit, their lives were utterly transformed, and they were able to face anything, even death, to share that Christ had risen. This is how Jesus’ resurrection changed everything.

The fact that Christianity thrived despite the world trying to destroy it is incredible evidence that Jesus actually rose. In fact, that the church still stands is one of the greatest evidences of his resurrection. Miracles never would have been done, people’s lives never would have been changed, Christians never would have endured all the persecution they faced if Christ remained dead in his tomb. Now, 2,000 years later people are still hearing that Jesus has risen and are receiving the Holy Spirit so they too can tell others the good news. Remember the first signs at Pentecost? It says first, “They were all filled with the Holy Spirit,” and then they “began to speak” (Acts 2:4). Any born again Christian knows that Jesus has risen, and it is powerfully recognized by the filling of the Holy Spirit. This is why, no matter what the circumstances, Jesus’s name and his resurrection will continue to be spread.