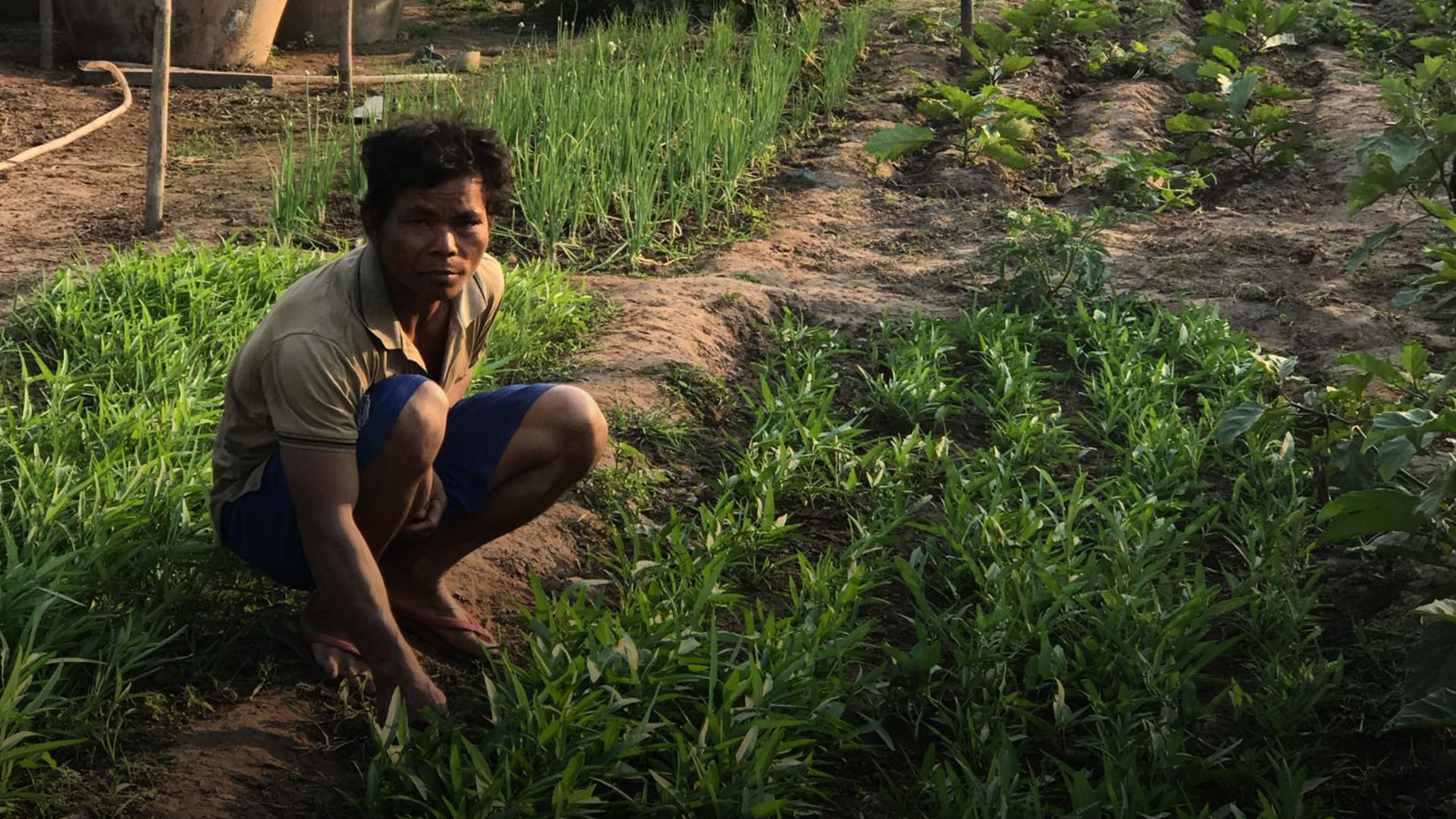 Drawn Up Out of the Pit

God miraculously saved one man from death and then used World Challenge’s partners to help him find a new life in Christ.

Ly Lourn, at 38 years old, was like many Cambodian men in his village.

He struggled to find reliable work, and in the wake of empty hours each day, he often drank and smoked until he was addicted to wine and cigarettes. He gambled occasionally, when he had anything to gamble away.

His wife often suffered from his drunkenness or resentment when he was sober. Being unable to properly support his family was depressing, which turned him back to alcohol and other distractions. When he was drunk, he fought with their neighbors as an outlet for his frustration and feelings of pointlessness.

He had several ‘friends’ in the village who always had something entertaining to do, such as illegally cutting in the forest for quick money, gambling or visiting prostitutes.

Going Down Into the Pit

The family was soon sinking into a very serious problem. They had taken out a loan to buy essentials while Ly Lourn was out of work, but they didn’t have enough money to make payments on their loan.

Ly Lourn’s wife began praying for a solution, and that made him feel even worse. She had met the World Challenge team at her local church who had encouraged her faith, but Ly Lourn felt like she had to turn to some foreign God to save them because he was so little help to the family and they were in such a bad situation. Perversely, he began to torment his wife and children because of their belief in Jesus Christ.

Finally, Ly Lourn got a temporary job with a gold mining company. The work could be a little dangerous, working around these large pits filled with chemicals for washing out and separating the gold, but it paid reasonably well.

Only three days into the new job, though, disaster struck.

Ly Lourn and two Chinese workers fell into a deep chemical pit. The two foreigners died immediately from both the fall and the caustic chemicals that had collected in this hole. Ly Lourn was unconscious, so everyone who rushed to the edge of the pit thought that he was dead as well.

When they dredged out the bodies, they were shocked to discover that he was still alive, and the company took him to a hospital. Meanwhile, his wife and members of her church began praying for Ly Lourn’s life and soul to be saved.

Ly Lourn woke up in the hospital, and the staff was frankly amazed that he had survived. Not only had the terrible fall not killed him, but he seemed to have been largely unharmed by the chemicals.

He agreed to start going to church with his wife and children, and he also met with World Challenge’s partners to discuss his relationship with God. Eventually, he decided to surrender his life to Jesus and abandoned his drinking, smoking and gambling habits. He threw himself into the lessons that World Challenge’s partners offered on spiritual disciplines as well as disease prevention and agriculture.

These days Ly Lourn has become a proficient gardener, able to supply his family with food and have enough left over to sell in the local market. He can now afford to pay for his children’s school fees and support his wife.

“I and my family feel blessed, because the Lord changed my life without hope into an abundant life with God,” he explained. “I appreciate The Lord, my wife, kids and church leaders who always encourage and pray for me.”