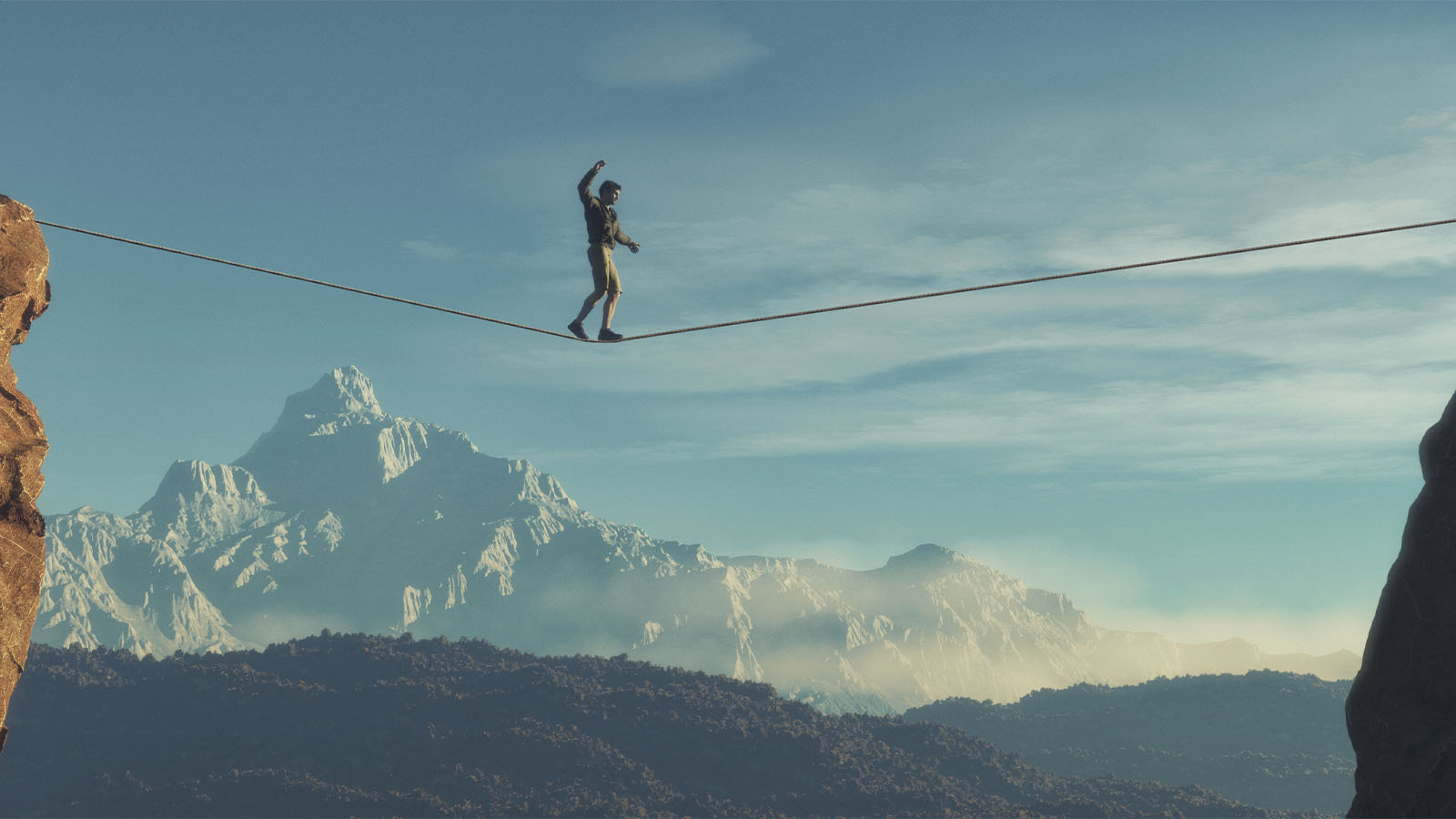 Living in the Middle Ground

Those who choose to live in the middle ground share certain characteristics. I see those characteristics shown in the two and a half tribes of Israel that chose to stay west of the Jordan. They were Reuben, Gad and half of Manasseh. Those tribes’ Hebrew names exposed their sin struggles.

Reuben means “A son who sees!” He was Jacob’s firstborn, but he lost his birthright because he was driven by lust. Jacob described his son Reuben as “Unstable as water, you shall not excel, because you went up to your father’s bed; then you defiled it” (Genesis 49:4, NKJV). Reuben slept with his father’s concubine, and Jacob, in his dying hour, refused to bless him. Reuben had eyes only for this world with its lusts and pleasures. He was unstable because his heart was always divided, and this spirit was passed on to his posterity. Here was an entire tribe attached to the world and bent on having their own way.

Gad means “Fortune or troop.” Simply put, this means soldiers of fortune or mercenaries. Moses said of Gad, “He provided the first part for himself…” (Deuteronomy 33:21). This tribe was outwardly obedient, “executing the justice of the Lord,” but the overriding characteristic was self-interest. Gad was consumed with its own problems and the need to “make it.” Gad’s philosophy was “I will fight with the Lord’s army; I’ll be obedient and do everything God expects of me. First, though, I need to get myself and my family set up, then I’ll be free to do more for the Lord.”

Manasseh means “To make forgetful.” This was Joseph’s firstborn son, and he should have received the birthright. Even in his childhood, there was a sad trait developing, however, and Jacob saw it in the Spirit. Manasseh would one day forget the ways of his father, Joseph, and neglect the commandment of the Lord.

The same mentality found in them can still found today in those who refuse to pulverize their idols and die to the world. Consider these combined traits of middle-ground Christians. They are unstable as water in spiritual convictions, lukewarm, ruled by selfish needs, neglecting the Word, making their own choices instead of trusting God. They forget past blessings and are unwilling to let go of certain idols, justifying their decisions.

Let us determine to want the Lord’s fullness. God’s desire for you is to enter into a place of rest, joy and peace in the Holy Spirit. Let’s follow him with our whole heart.