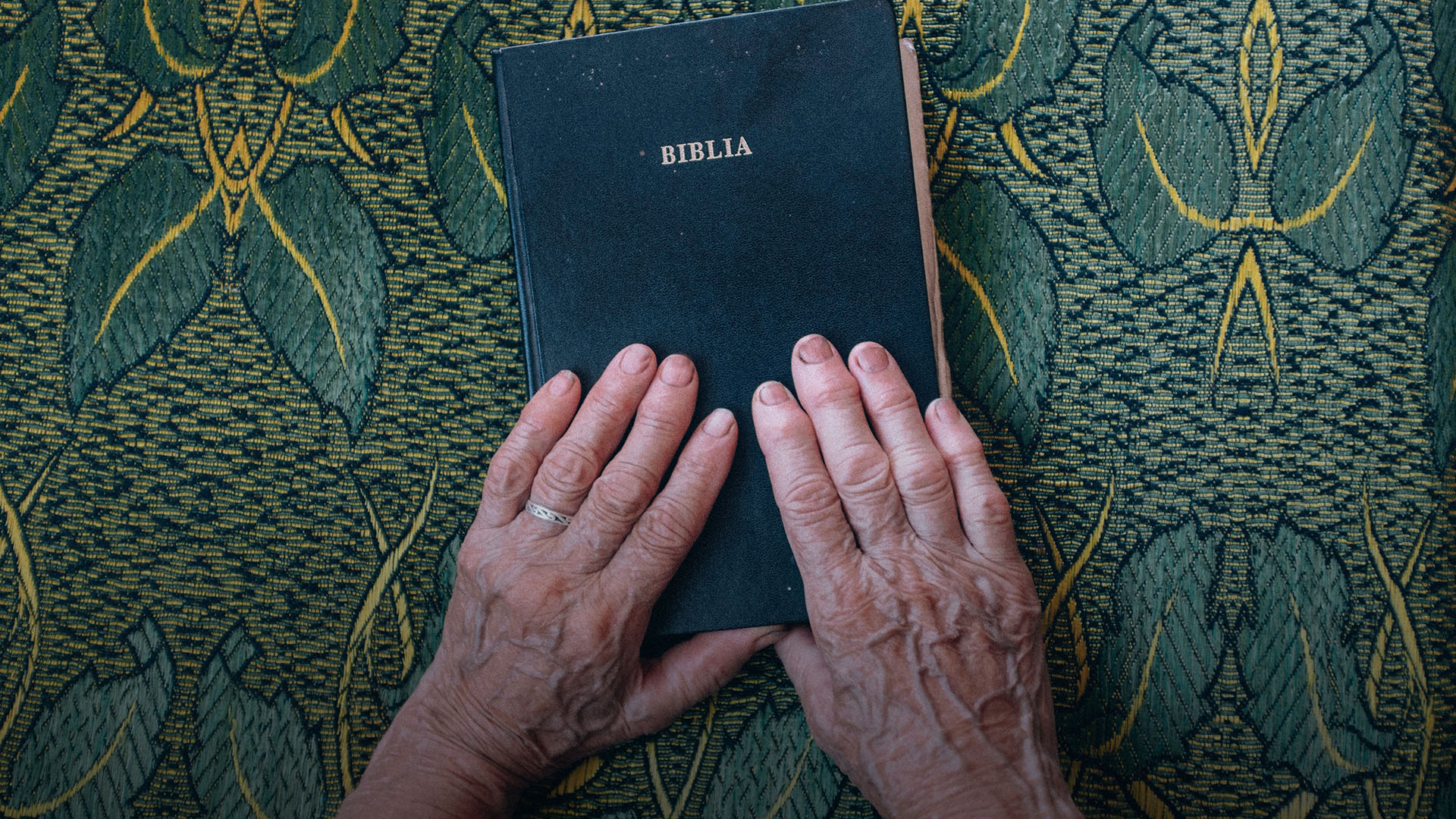 Understanding who our God is and what exactly he’s done throughout history is key to living successfully as a believer.

His publicist received a call from a reporter not long after the reprint was announced.

“I would like to interview Eileen Chang about her feelings for this film and the reissue of her work.”

The publicist awkwardly cleared his throat. “Well, this could be difficult.”

“Please! Even a telephone interview will do.”

Eileen Chang had passed away in her Los Angeles apartment almost 12 years before.

Obliviousness can range from humorous to downright dangerous. When it comes to God, however, we will find that it most often falls into the latter category.

The grace and peace of our lives relies on knowing God (2 Peter 1:2-3). Granted, we can’t fully understand our heavenly Father because he is infinite, holy and has simply not chosen to reveal certain things about himself. Isaiah 55:8-9 and Deuteronomy 29:29 make that clear.

Memorizing God’s Word and meditating on his nature, though, are not just nice suggestions for believers; both are critical parts of our faith.

“The law of the Lord is perfect, reviving the soul; the testimony of the Lord is sure, making wise the simple… Moreover, by them is your servant warned; in keeping them there is great reward” (Psalm 19:7, 11 ESV).

In his letter to young Timothy, Paul echoes this principle in his credos for believers across the ages, “All Scripture is breathed out by God and profitable for teaching, for reproof, for correction, and for training in righteousness, that the man of God may be complete, equipped for every good work” (2 Timothy 3:16-17).

Reading the Bible is important for Christian life, but that only partially captures the truth of the matter. It’s entirely possible to waltz through scripture and not have a cogent knowledge of God’s commands and desires for us.

What’s worse, scripture shows that demonic powers are more than happy to take God’s Word out of context and twist its meaning (See Genesis 3:1-13 and Matthew 4:1-11 for the most prominent examples).

Actually studying what the Bible means in context of all its parts is vitally important.

So how do we get better at this Bible-reading thing?

Four Steps for the Long Haul

We live in an instantaneous age. A nutritionally balanced meal can be microwaved into existence. Anyone can be an “expert” with a few online classes. Ikea furniture should take no longer than an hour to assemble.

If we really want to know God’s Word, however, we have to acknowledge that there are no shortcuts to studying and absorbing scripture.

It will take dedicated effort and, quite possibly, a lifetime.

Peter J. Leithart, president of the Theopolis Institute and writer of several biblical commentaries, has come up with four basic steps that we should take if we really want to develop a thorough knowledge of scripture.

First, trust the text. Everything in the Bible is there for a reason. Jesus’ life covered 33 extraordinary years but only four relatively short books, and those texts focused exclusively on his three year ministry. “Give the human author some credit; he writes as he does for a reason,” Leithart says. “Most of all, give the Author credit, for if he’s able to harmonize the billions of motifs of human history, he can write a coherent book.”

Second, you should never stop returning to God’s word. “Read, then re-read, then re-re-read, until the whole book goes with you through every verse.”

Third, find trustworthy people with more experience than you to point out what you’re missing. Use commentaries from well-versed theologians; do your research on resources that can help; study scripture alongside those who make connections between verses, themes and ideas that would’ve never crossed your mind.

Biblical liturgy helped to maintain the church over hundreds of years for a good reason: it constantly reminded people of what and why they believed.

The Perfect Resource at Our Fingertips

If we profess to believe in God, to respect and follow him, one would presume that we will both know about him intellectually and also have personal experience with him.

“Faith really consists of knowing who God is,” David Wilkerson writes in Hungry for More of Jesus. “It consists of becoming familiar with His glory and majesty—because those who know Him best trust Him most.”

He goes on to describe the deep-seated need believers have to spend time marinating in God’s presence, focusing on him and learning how to pray passionately.

Many may look at that list and think, “Yes, but how? How do I get there? What does it actually mean for me to ‘get away into the presence of God’?”

Fortunately, God gave us the perfect tool to accomplish this.

He gave us his book.