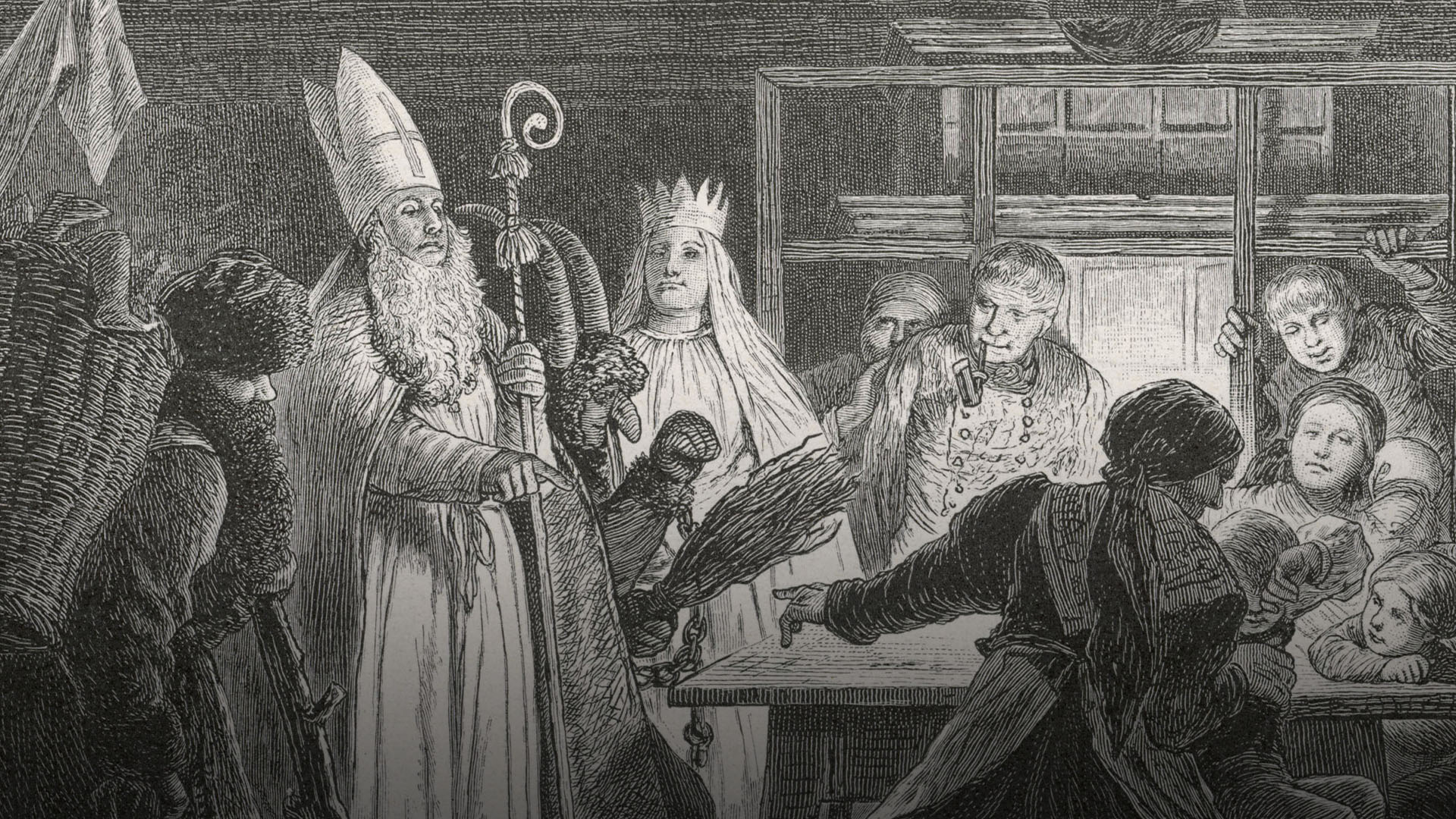 Santa is a potentially controversial figure among Christians, but perhaps there’s a better perspective we could take on his story.

Perhaps no Christmas figure is more maligned that Saint Nicholas.

The man who began as a generous church leader, trying to inspire others to care for the poor, evolved into a magical sprite in a reindeer-drawn sled used by parents to bribe children into obedience.

What began as a marketing ploy became a full-scale cultural phenomenon, and the actual man was largely lost.

Nicholas of Myra was born in what is now modern-day Turkey. Not much is known about his early life other than both of his parents died when he was quite young, an event that seemed to give him a particular sympathy for the lost and abandoned.

He joined the church and eventually become a bishop in Myra. According to reports, he gave his inheritance away to those in need.

The most popular story about his generosity—at least the one that my mother and grandmother told me as a child—was with a very poor family in Myra. Despite his hard work, the father was being forced to contemplate selling his daughters into slavery. At least as slaves, they would always have food and shelter.

Nicholas heard about their situation and was determined to help. However, he didn’t want to shame the father or make any kind of religious show of helping them.

He waited until nightfall then saddled his horse and rode out. When he reached their house, he took a small bag of gold, tossed it up through the open window and rode back home. That morning, the family was shocked to find the gold. The father considered it; they could live for a while on this money, but his daughters would eventually be in the same situation again. If they used the money for a dowry, then at least one girl could escape slavery. He gave the bag of gold to the oldest daughter so she could marry.

Nicholas learned about the oldest girl’s marriage, and he rode out again the next night and tossed another bag of gold in the window. The next morning, the daughters were thrilled, but the father was starting to become seriously anxious.

In the Middle East’s honor culture, he was deeply indebted to whomever was giving these bags of gold to his family.

He arranged for his second daughter’s marriage, but each night he waited by his window, determined to catch this Good Samaritan. After several nights, he was nodding off at the windowsill when the sound of hooves clattering down the cobblestones jerked him awake.

Minutes later, a bag flew through the window. The man raced downstairs and out his front door to grab the horse’s bridle. He was not terribly surprised to see the startled bishop of Myra staring down at him.

“Please, don’t tell anyone,” Nicholas asked him. “Marry your daughters and be at peace, knowing all three are safe.”

Is the story true? No one can say for sure.

What is certain is that Nicholas lived a life marked by generosity which stood out to the people in his city. He worked to protect those who were vulnerable to abuse and gave whenever he could to those in need.

Around this time, Emperor Diocletian came to power in Rome. He was determined to return the empire to its former glory, and his reign marked some of the bloodiest persecution of Christians since Nero. The robust body of believers in Turkey faced severe attacks, and Nicholas was imprisoned for being a leader of the church.

Common practice at this time was for pastors and known evangelists to be boiled alive, but Nicholas managed to survive until Emperor Diocletian killed himself and his successors fell to their own corrupt machinations.

After his release from prison, Nicholas attended the first Council of Nicaea, which was responsible for creating the Nicene Creed and a unified Christian doctrine. He then returned to his beloved church in Myra where he would eventually die and be buried. His life remained a testimony, though, to the extravagant generosity all Christians are called to as a result of Christ’s costly and glorious gift.

“I think we sometimes get caught in that kind of culture where Christmas becomes about self-indulgence,” Gary Wilkerson points out in a sermon about Advent; “and it’s only a good Christmas if you compare it to last Christmas and the amount of junk you have to take away.”

Turning to a more biblical possibility, Gary adds, “When the Spirit of God gets ahold of your heart, when you get the true meaning of the manger and the incarnation, you’re going to give liberally, generously, freely, abundantly…

This would certainly describe Nicholas of Myra’s life.

After his death, he was sainted because people couldn’t quite believe that this kind of radical generosity should be inside everyone, that we are all called to live this freely with the resources God has given each one of us. Centuries after that, he was turned into a ‘goodly elf’ who’s more about entertainment than a call to self-sacrificial life.

Dim Shadows of a Brilliant Truth

Is it bad, then, to have fun with the idea of flying reindeer? Should we immediately purge our houses of any Santa pictures and set them on fire in the streets?

No, and please don’t.

These secular stories aren’t evil, even if they are pale shadows of the actual man and the spirit of generosity his God grants to believers.

“Enjoy the twinkling lights that dot your neighborhood. Take pleasure in making the sugar cookies and homemade wreaths. Have a good laugh, or a good cry, by rewatching A Charlie Brown Christmas. Listen to your Bing Crosby and Mariah Carey records,” says W. David O. Taylor, a theology and culture assistant professor, in his Christianity Today article.

“But I also encourage us to remember that the story that ‘Christmas in America’ tells is not to be confused with the Gospel story. While the former makes plenty of room for wonderment and kindly regard for our neighbors, the latter makes it possible for both joy and sorrow, both justice and mercy, to coexist in the redemptive tale of God.”

The stories of Santa Claus are fun, but they point to people’s longings for a story that brings lasting joy, for a spirit of grace and giving that echoes throughout the entire year.

I think Nicholas of Myra would agree that only Christ can inspire true generosity that overflows and astonishes. Only God can bring that kind of peace on earth.