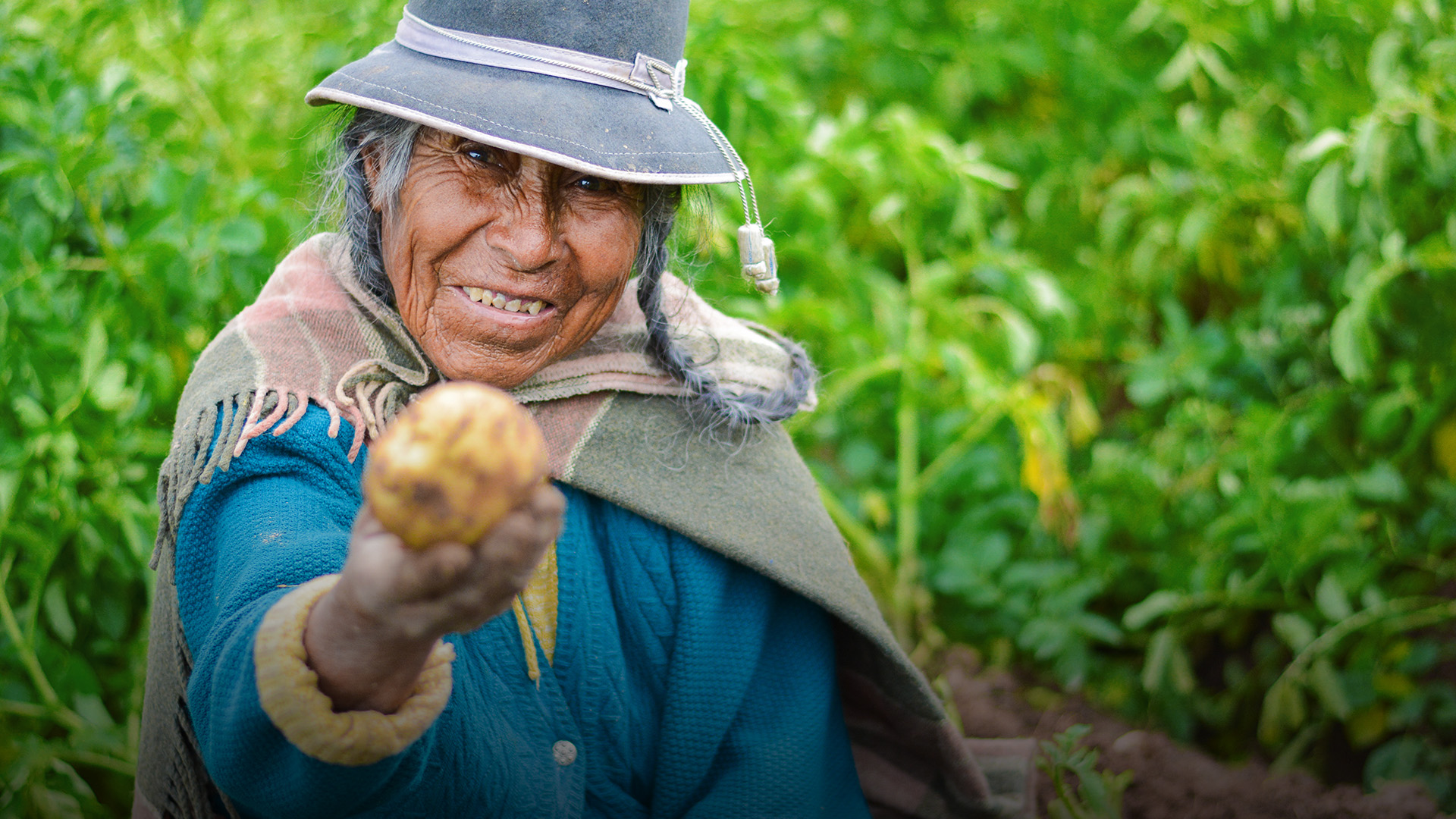 God in the Midst of Sorrow

When tragedy strikes, we are often tempted to believe that God doesn’t love us, but World Challenge’s partners in Peru are working to show the Lord’s love to widows through the care of the church.

Rosa married young and with hopes of building a vivacious family. In her community high in the mountains of Peru, a good home and many children were considered signs of divine blessing or the spirits looking upon you benevolently, depending on who you asked.

God had a much more complicated plan for Rosa, though, one that she would never have chosen for herself and that would leave her with questions most Christians would struggle to answer.

Even decades later, it is difficult for Rosa to tell her story because of the pain and sorrow laced throughout her past.

Rosa and her husband’s celebrations over the birth of their first child quickly dwindled as it became increasingly apparent that their baby was unwell. Neither of them knew what was wrong, and they had no money to take their firstborn to the hospital. They had no choice but to try home remedies and hope that their baby recovered.

When their child passed away, Rosa was heartbroken. She still didn’t know what illness had taken her baby, and when she found out that she was pregnant again, the question lingered darkly in the back of her mind.

Their second child was stillborn, and Rose decided to give up hope for any more children. The shattering loss of them was too much, she decided, and she threw herself into working the family’s farm, tending the fields and burying her dreams of motherhood. When she discovered that she was pregnant again, though, all of the old fears reared their heads.

Their third child was born a healthy little boy. For the briefest span of time, it seemed like Rosa could breathe and dare to hope again.

Only months after their son was born, her husband passed away. The whispers among her neighbors that she was cursed began then. People murmured that she must have done something evil, and that was the cause of her tragedy. The losses upon losses in Rosa’s life were then seeped with the poison of these rumors. What had she done that God would punish her so? Why would he leave her ignorant of what she’d done and then smite her so cruelly? Who would follow a God like that?

Rosa felt she had lost all faith in a God who cared about his creation.

The Tincture of Love

World Challenge’s partners in Peru, Calvary La Semilla, reach out to widows in their community as a major part of their ministry. They often come across women who have been rejected by their communities for reasons similar to Rosa’s case.

“It is common in the community to hold superstitions,” the team shared as they told us Rosa’s story. “Many accused her of witchcraft. Some said that she paid to have her husband murdered because of jealousy. She was cast off by most in the community. She clung to her baby and dedicated herself fully to working in the fields to provide for and maintain her small family.”

The emotional support of her son’s presence could not last forever, and when he had grown up and left home to find work, Rosa was bereft.

When the ministry reached out to her, she was initially very shy and hesitant; but as time has gone by, especially in the last year, she has begun to eagerly take part and look forward to visits from the team. As C. S. Lewis so aptly wrote in his book The Problem of Pain, “When pain is to be born, a little courage helps more than much knowledge, a little human sympathy more than much courage, and the least tincture of the love of God more than all.”

“When we arrive,” one team member shared about their visits to Rosa, “she lights up with joy to talk with us and listen to God’s word. She loves the fellowship that the program offers and is greatly encouraged knowing that God loves her. Our prayer for Rosa is that each day she can know God’s truth and that soon she will give her life to him.”

Please join us and our partners as we pray for dear people like Rosa, who have gone through great trials and pain, especially for those who are uncertain as a result about God’s love and care for his children.