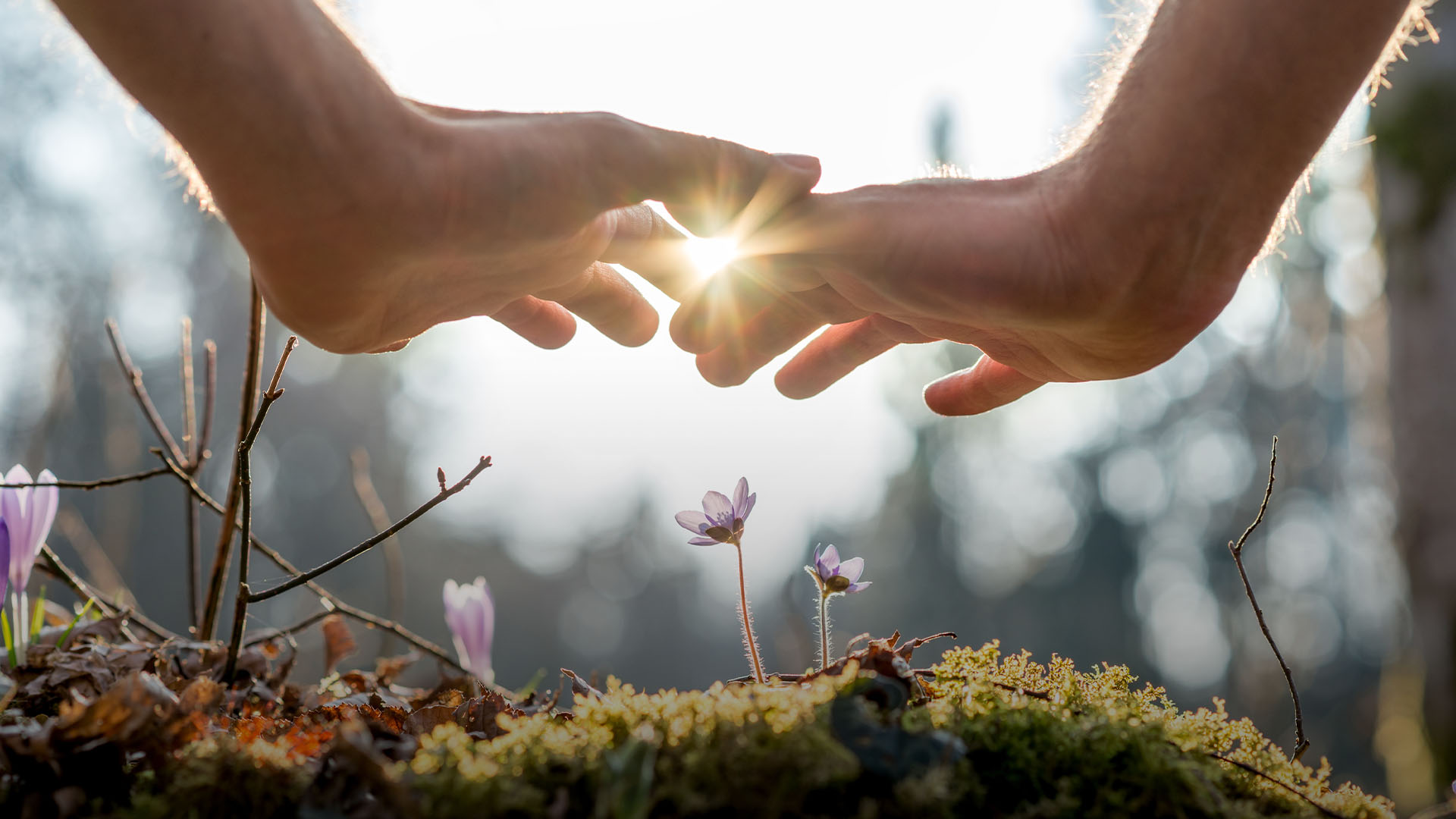 Are All Spiritual Gifts for Everyone?

Some Christians are claiming that if you don’t have certain spiritual gifts or all of them, something is wrong; but is that mentality biblical?

Gary Wilkerson muses on the subject of miraculous spiritual gifts through a particular memory of his father in the biography about David Wilkerson. David had been given several unusual spiritual gifts, but the demonstrations of these came to an abrupt halt one afternoon.

“Dad describes what happened in one of his old sermon tapes. Before the service, he and my mom had an argument, and Dad stormed out of the house, driving to church on his own.

“He said he was in a bad frame of mind — in a self-righteous rage, really — as he began the service. Yet as he ministered, the gifts of the Spirit still operated through him freely. He had words of knowledge about people and prophesied over them. Then, in the midst of it all, he heard a voice within him asking, ‘Who told you to say that?’ It frightened him.

“On the way home my father discerned the Holy Spirit speaking to him, saying, ‘David, you’re not going to be flowing in these gifts now — the word of knowledge, the word of wisdom, the gift of prophecy.’ After that, Dad didn’t even try to minister in the usual way. He stopped telling people about their lives, and not surprisingly the crowds stopped coming, and the meetings dried up.

“Years passed before these gifts reappeared in his ministry.”

Perhaps no spiritual gift is a touchier church topic than that of praying in tongues. Some say that speaking in tongues isn’t a real spiritual gift but rather something akin to demonic possession. Others claim that an unusual ability to learn other languages is the gift of tongues, and that’s all it is. Still more claim that someone who can’t pray in tongues hasn’t received the Holy Spirit yet.

Even among groups that do believe in tongues as a spiritual gift, there’s disagreement about how one goes about acquiring this gift.

Some say it’s only by the Spirit’s power, but many more argue that people can learn how to speak in tongues by babbling while they are in a prayerful attitude. Tongues may require an element of stepping out in faith at first, but that’s not enough for some groups. They claim that you can make your own ‘gift’ of tongues. Play Tetris with enough vowel and consonant sounds, and hey presto, you have your own private prayer language.

A growing contingent of Christians are beginning to take this a step further, espousing the idea that all believers can and should ‘learn how to do miracles’ since all believers are endowed with the Holy Spirit and by extension his power.

While this may initially seem like a relatively minor point to bicker over, the question of whether we can develop spiritual gifts comes into much sharper highlight during incidents like last year’s #WakeUpOlive. For those not in the know, this campaign began when little Olive Heiligenthal died in early December of 2019. This was a gut-shot tragedy, as is the passing of any toddler.

Olive’s mother took to Instagram to call her quarter of a million followers to action: pray for Olive to be raised from the dead.

This was not a request, by the way. Olive’s mother and their pastor from Bethel Church agreed that it was God’s will that Olive be raised. The entire church in Redding, California spent nearly a week singing, dancing and proclaiming that God would raise Olive.

By December 20th, they announced plans for Olive’s memorial.

Making sly mockery of this scene would be all too easy and would shield us from the pain and uncertainty that these kinds of circumstances bring up. What if we pray really hard and have all the faith in the world? Will that guarantee us a miracle? Can we demand a spiritual gift of healing, tongues or prophesy if we’re loud enough and persistent enough? If we don’t have one of these gifts, is it a sign we lack faith?

We prayed for a miracle or a specific spiritual gift, and nothing happened. Now what?

The question of faith is one that we must each take up with God, but it should also be balanced with some very practical, biblical knowledge because, in some cases, it may be that God has already given us the answer we’re hunting for so desperately.

Professor Kenneth Berding, also theologian and author, pointedly wrote, “[T]he apostle Paul emphasizes that God has given each of us differing ministry roles (Rom. 12:4–8; 1 Cor. 12:8–11). We are not all appointed by God to the same ministries, whether those assigned ministries are more mundane or more manifestational. Note that it is better to view these in the category of ministries—something God has assigned us to do to build up his church—rather than as special abilities, as the English word ‘gift’ makes us think.

Some of us are given certain gifts in the Spirit. Others are not.

Mired in the Western world’s quest for unilateral equality, this stark fact can seem terribly unfair. Why wouldn’t God give everyone the same gifts like a kindergarten teacher handing out star stickers to every child? Why make a few people feel left out?

Perhaps even more important in the American mind, why wouldn’t God give me the spiritual gift I want? I’ve avoided all the major sins, confessed those minor slip-ups every morning like clockwork, read my Bible with fanatical devotion, prayed for everyone who asked for prayer (even the really obnoxious, undeserving folks), never missed a Sunday service unless I was dying of the Black Lung and trained my children like a drill sergeant of the Holy Service Marines.

This unbiblical logic often runs into an event like little Olive’s death with all the devastating force of a bullet train into a herd of cattle.

A People of the Tiny Dots

Some aspects of spiritual gifts we will never understand this side of heaven. The Bible gives a few guidelines for them like those Berding discussed — not everyone sees the Spirit’s presence manifest in their lives the same way, like it or not — and scripture is fairly explicit that they exist to glorify God to nonbelievers and build up the church body.

Trying to understand when and why God grants spiritual gifts even within those limited categories, however, is challenging.

Wouldn’t God raising a two year old from the dead before the eyes of secular America been an incredible witness? Everything about that situation says ‘yes’ to me, but apparently God disagreed.

The neat equation — Do this, and God will give you this gift; take those steps, and God will grant you a miracle — broke down spectacularly. Heaven falls silent, and there may not be a ready explanation for why.

C. S. Lewis described a metaphor for this disconnect between us and God in his book Miracles. “For who can suppose that God’s external act, seen from within, would be that same complexity of mathematical relations which Nature, scientifically studied, reveals? It is like thinking that a poet builds up his line out of those metrical feet into which we can analyze it, or that living speech takes grammar as its starting point.

“But the best illustration of all Bergson’s. Let us suppose a race of people whose peculiar mental limitation compels them to regard a painting as something made up of little coloured dots which have been put together like mosaic.

“Studying the brushwork of a great painting, through their magnifying glasses, they discover more and more complicated relations between the dots, and sort these relations out, with great toil, into certain regularities. Their labour will not be in vain. These regularities will in fact ‘work’; they will cover most of the facts. But if they go on to conclude that any departure from them would be unworthy of the painter, and an arbitrary breaking of his own rules, they will be far astray. For the regularities they have observed never were the rule the painter was following.

“What they painfully reconstruct from a million dots, arranged in an agonizing complexity, he really produced with a single lightning-quick turn of the wrist, his eye meanwhile taking in the canvas as a whole and his mind obeying laws of composition which the observers, counting their dots, have not yet come within sight of, and perhaps never will.”

A Better Story Than Power

In her own musings over Olive Heiligenthal’s death, therapist K.J. Ramsey wrote with beautiful compassion and honesty, "A theology like that of Bethel Church seeks and declares power and authority in Christ in order to bring the kingdom of God. Declaring power over death is alluring—suffering and death do sting. But the demonstration of God’s love wasn’t a seizure of power by proclamation but a surrender of status….

“The gospel offers a better story than power, read not simply in black letters on white pages, but in the bodies of believers, words made flesh in the places of our powerlessness.”

As far as the Bible states or seems to indicate, the Holy Spirit grants gifts to God’s children to bring the Lord glory and to nudge us into greater growth that God wants to cultivate in our lives. We can’t force his hand to give us what we want if he has decided not for this time, not for this season.

Sometimes, he asks us to demonstrate his glory through our broken lives and powerlessness.

When David Wilkerson met Nicky Cruz, it wasn’t the power of healing or tongues that impressed young Nicky. It was the sight of a man standing in hostile territory, crying out, “Cut me into a thousand pieces and lay them out in the street, and every piece would love you!”