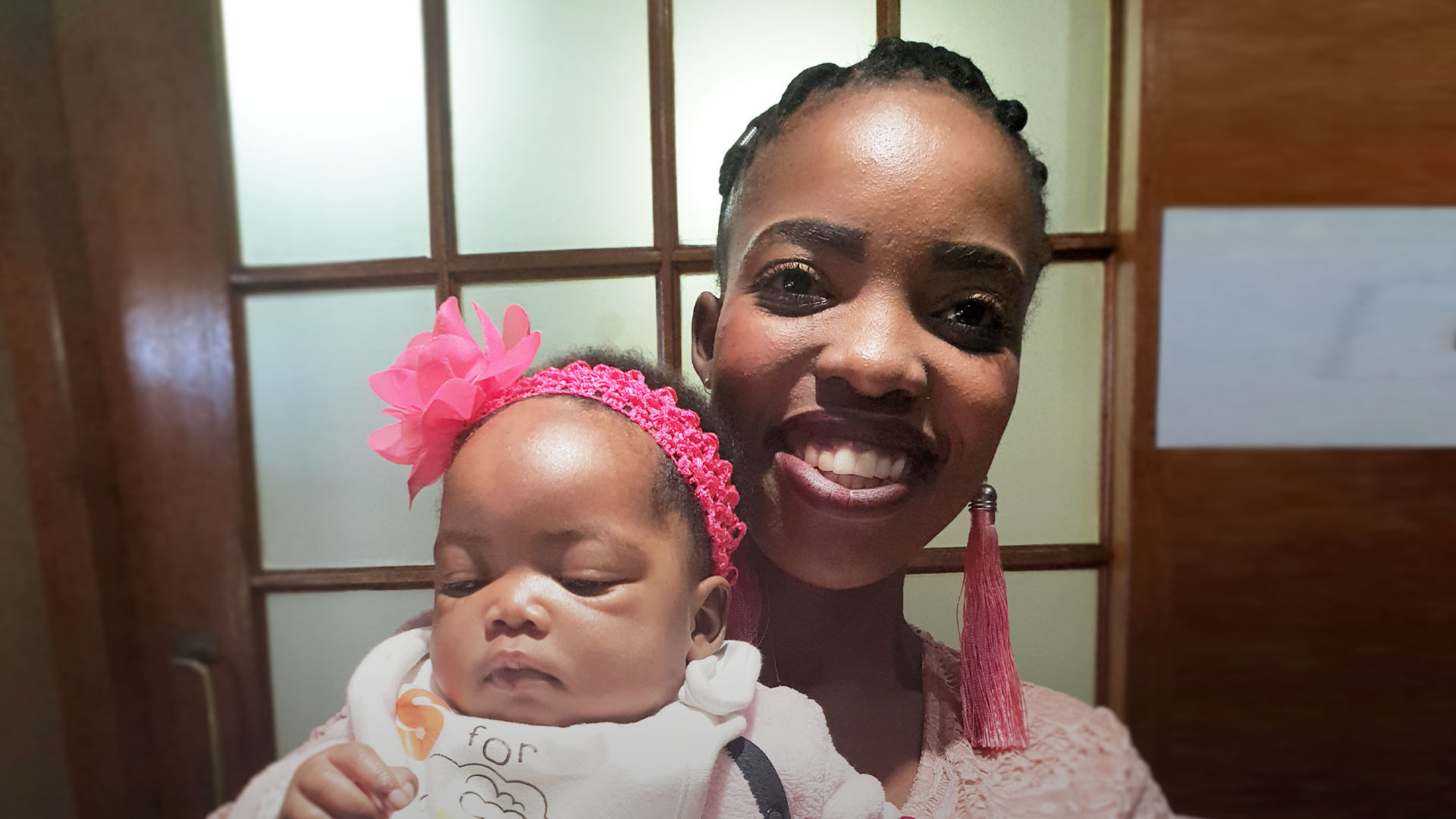 From Abandoned to Adored Daughter

A young woman trying to find her own freedom instead discovered that she couldn't escape her family's sorrows without God's help.

The Teen Challenge in Eswatini is dedicated to not only helping those struggling with addictions to recover, but also helping them reconnect with their families and children.

They believe that the transformative power of the Holy Spirit can restore relationships between parents and children and grant the Father’s healing love to those who have lost family members.

This month, they shared a wonderful story with us from one of their graduates.

Phoebe and her brother lost their parents when she was four years old. They were passed off to their grandmother, but she felt like she’d already put in her time as a parent and provider.

Frustration and resentment at being abruptly saddled with two very young children boiled over into emotional and physical abuse.

“She would make us wear torn clothes to church,” Phoebe said, describing some of the more routine cruelties. “We would be sent to bed on an empty stomach. Not because there was no food, but because she just wouldn’t share with us.”

They were treated like beggars by their own family, constantly reminded that they were an unwanted burden.

Eventually a missionary noticed the situation and offered to give them a home. Their grandmother quickly gave them over and washed her hands of the whole situation. At the missionary’s house, Phoebe and her brother received love and care that they’d not known since their parents died, but Phoebe was still restless and troubled.

“Deep down in my heart,” she explained, “I questioned why God took my parents and allowed me to be raised by strangers. I became angry at God as I grew up, and eventually I wanted nothing to do with any kind of authority.”

When boys began to notice her, Phoebe soaked up the attention, feeling for the first time like she had power.

When Phoebe discovered that she was pregnant, she was appalled.

Her grandmother’s harshness had taught her that, even as a relative and granddaughter, she was barely wanted by her own family, much less some new child born out of wedlock. Despite the time of kindness she’d known in the missionary’s house, she’d never quite felt like she belonged, like she had any agency of her own.

A baby would just make all of that worse, and she hadn’t asked for this. She didn’t want a child who would gobble up what few resources and freedoms she had.

Her parents had left her, even if they hadn’t meant to. Her grandmother had despised her, but she’d survived. She’d overcome this too just as soon as she got rid of his unwanted burden.

Determined, she began looking for ways to abort the fetus.

Back-alley abortions were dangerous and killed nearly as many girls as babies. Besides, she couldn’t afford one of those anyway.

“I tried several methods,” Phoebe quietly explained. “But they all ended up failing.”

Growing increasingly desperate as her pregnancy progressed, she considered her options. Her family certainly wouldn’t take her in again, especially since they would probably expect her to abandon the infant with them. She couldn’t impose on the missionary again.

She went to the Teen Challenge Women’s Center. In order to stay, she had to enroll in a 12-month long discipleship program.

Walking in a New Power

At the Center, Phoebe accepted Christ as her savior. “I started learning about the love of God and that God can forgive.”

This lesson began to lift the heaviness that had weighted down her heart for months. Even with all her justifications, she’d still felt guilty about wanting to get rid of her baby. The guilt had made her angry, made her pile on more reasons why she couldn’t take care of a child.

Then she would think of her grandmother and feel sick and guilty and angry all over.

Now she was learning about God, how much he’d sacrificed to save her and how he’d never stopped loving her even when she was at her most bitter and rebellious.

In those prayers, Phoebe began to find a freedom and power she’d never known. The hate and rage that had eaten away at her bones began to heal.

Her baby daughter, Annika, was born soon after to a very different mother than the one who had carried her a few months earlier. “I love my baby girl.” Phoebe smiled. “Now I am a happy mother, walking in the power of forgiveness.”