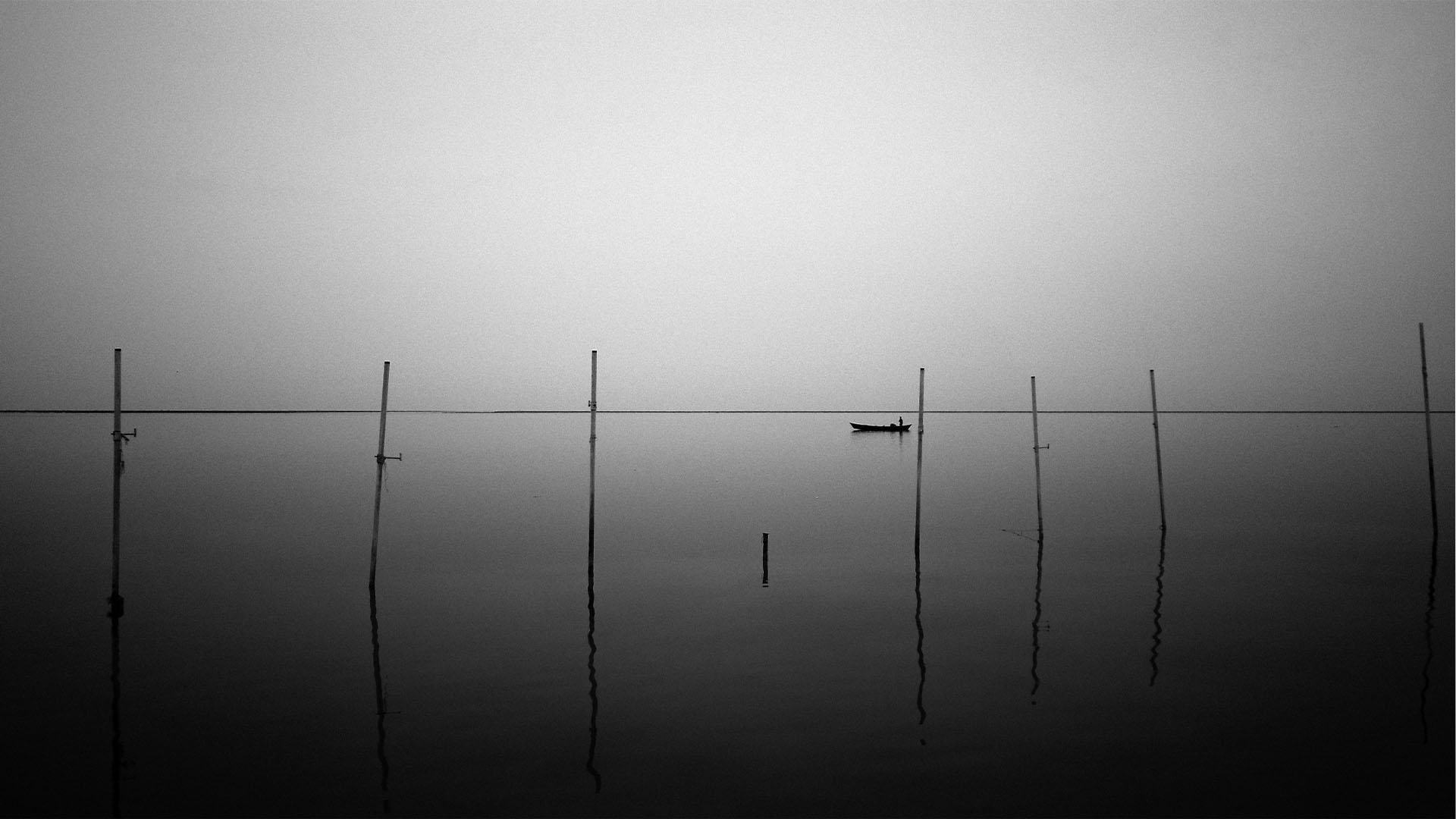 The Practical Power of Honoring God

God’s Word tells us again and again to flee temptation. Whenever many Christians read such passages, their reflex is to muster up more will to honor his commands. Yet, although their intentions are good, their aim is off. Paul tells us that overcoming temptation isn’t about what we do or don’t do. It’s about what we believe concerning the one we serve.

Paul starts by telling us we’re not alone. “No temptation has overtaken you that is not common to man” (1 Corinthians 10:13, ESV). It helps to know that every one of our sisters and brothers in Christ struggle with temptation.

It helps even more to know this: “God is faithful, and he will not let you be tempted beyond your ability” (1 Corinthians 10:13). This verse shows us God’s direct response to our temptation. He is faithful to us. When we think about resisting temptation, we think of remaining faithful to God. Paul flips that thinking here, saying, “No, it’s about God’s faithfulness to you in the midst of your temptation.”

This speaks to one of our Lord’s incredible attributes: his omnipotence. He has the power to deliver us from temptation as Jesus teaches in The Lord’s Prayer. It’s not about our power, our will, our determination but about our trust in his strength, which is supreme.

Whatever you struggle with, whatever temptation may harass you, first know that it’s common to multitudes. Second, know that God’s response to your temptation isn’t to sit back with his arms crossed, saying, “Okay, let’s see how well you respond to this one.” No, Paul says the Lord is utterly faithful to you in that hour. He won’t let you be tempted beyond your ability.

Remembering God’s faithfulness to you in your temptation is crucial because once Satan finds an opening, he’ll push relentlessly.

Our enemy is like a slippery door-to-door salesman. Whenever we answer his knock at our door, he quickly slips his foot into the crack to try to slide in. He came to Jesus this same way, when Christ was most vulnerable, subject to every deprivation in the wilderness. The devil never got his foot in the door with Jesus. Christ assures us, “He has no claim on me” (John 14:30).

As I read this verse, I aspire to Jesus’ statement. Satan will come and go in our lives, looking for a crack in our door, hoping to attack our pride or covetousness or unbelief. I trust and pray and believe that Satan will be forced to say, “Hm, no opening there. Or there. Or there. I’m not getting in!”

Nowhere in his letter does Paul say we won’t be hit hard with temptation. Nowhere does he say that we won’t slip or stumble or sometimes open our door to temptation. Instead, he says that God is at work on our behalf. We will sin; we will do things contrary to his will and plan and purposes for us. What is important is that we cling to Christ and are not overcome by either temptation or by a momentary fall.

The Lord is more faithful, diligent, passionate and powerful on our behalf to overcome every attack of the enemy than we are ourselves. He promises that by honoring him in our temptation, we won’t be overtaken by anything.

Practically speaking, how does God remain faithful to us when we’re tempted?

I don’t know about you, but I’ll always prefer the first option. It’s much easier to escape than to have to endure. In either case, though, God is faithful to make a way for us. Whichever he chooses for us, he has his plan and purpose for us in mind.

So, first, what does it mean to escape temptation? This doesn’t just mean avoiding it (though that is an important part of our discipleship). It goes a lot deeper than that. Some of us are tempted by things we wouldn’t think of. For instance, many Christians carry around lifelong pain from traumas, life experiences or difficult family histories. That pain can tempt them toward habits that keep them stuck in an endless cycle. Some habits are obviously sinful like addictions, while others may not necessarily be sinful but are still harmful like endless obsessing.

Some can escape temptation by getting godly counseling that speaks to their deadening cycle. Folks with addictions can escape through community support as well. Behind all such good and helpful escapes are God’s faithfulness. He makes a way for us, and as we know, Jesus is the way, the truth and the life (John 14:1).

A second way God is faithful in our temptation is to make a way for us to endure it.

Enduring a temptation—that is, going through it—doesn’t mean giving in to it or participating in it. Paul makes clear we can’t drink from both the cup of Christ and the cup of sin. “You cannot drink the cup of the Lord and the cup of demons” (1 Corinthians 10:21).

In fact, Paul takes it further, launching into a discussion of idolatry. “Therefore, my beloved, flee from idolatry” (1 Corinthians 10:14). What does temptation have to do with idolatry? Paul knew that every temptation is more than a pull toward flesh-driven sin. It’s also a pull on our souls to idolize something, meaning to put something before God.

Summing up this passage on idolatry, Paul asks, “Shall we provoke the Lord to jealousy? Are we stronger than he?” (1 Corinthians 10:22). Why does Paul say this? He’s talking about a hidden idol every Christian is tempted to pursue: self-sufficiency. When he asks, “Are we stronger than he?” he’s talking about dependence on ourselves. When we look to any idol to supply life, including our own human strength, we provoke God to jealousy.

The Lord has provided all we need on the cross. What Christ accomplished on our behalf is stronger than any power we could muster against Satan’s wiles of temptation. This speaks to the Lord’s incredible omnipotence. He is our all-in-all, his power on our behalf absolutely supreme. Therefore, we have a higher calling than any people on earth to live freely, abundantly and fulfilled.

So, why haven’t all Christians been set free?

For decades, Teen Challenge directors have heard a heartrending question from struggling men and women who enter the Christ-centered rehab program. “Why hasn’t the Lord delivered me?” is the plea of many who fight a strong addiction. “Why does God allow Satan to be so strong in my life?”

The Lord’s response is “I am faithful.” It is true that not everyone who enters Teen Challenge has found freedom, but for those who stick it out all the way through, the program’s success rate remains near the top for all. I believe this is because of the Lord’s faithfulness to those looking to overcome addiction. The program itself, centered on God’s strength, is his faithful way of providing escape. He is omnipotent, and his power crushes all idols and strongholds that keep us from finding full, abundant life in Jesus.

Everywhere we turn in the New Testament, Paul exhorts us to cling to faith the Lord’s power on our behalf. That is our escape, our endurance and his faithfulness.

“Stand therefore, having fastened on the belt of truth, and having put on the breastplate of righteousness, and, as shoes for your feet, having put on the readiness given by the gospel of peace. In all circumstances take up the shield of faith, with which you can extinguish all the flaming darts of the evil one; and take the helmet of salvation, and the sword of the Spirit, which is the word of God, praying at all times in the Spirit, with all prayer and supplication” (Ephesians 6:10-18). He is our might, our life, our all in all. Let us believe and then stand. He is faithful.