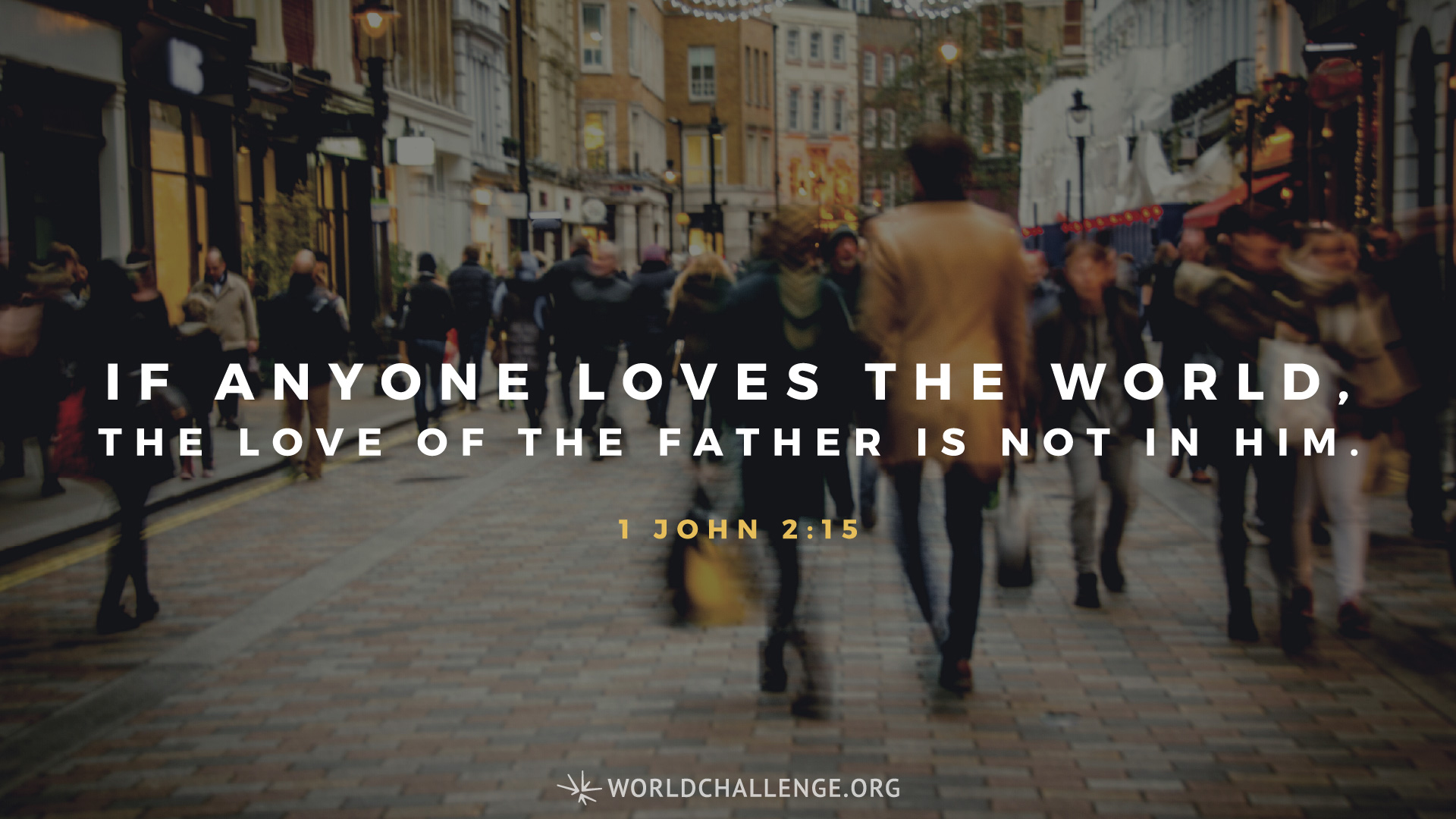 Do not love the world or the things in the world. If anyone loves the world, the love of the Father is not in him.

The Word says, “Love not the world, neither the things that are in the world” (1 John 2:15). Jesus warned, “Beware of covetousness: for a man’s life consisteth not in the abundance of the things which he possesseth” (Luke 12:15).

Things—our possessions—can tie us down to this world. While heaven and hell prepare for war, we go shopping. Eternal values are at stake! The end of all we know is near—and we are busy playing with our toys!

Scripture says of Noah’s day, “They were eating and drinking, marrying and giving in marriage, until the day that Noah entered into the ark” (Matthew 24:38). And of Lot’s day, “They bought, they sold, they planted, they builded” (Luke 17:28).

Now this activity wasn’t evil in and of itself. I’m sure Noah himself had to buy and sell. After all, he was in a building program for 120 years! But the key here is that the people did all these things even up to the day of judgment so no one was heeding, listening, preparing. No one was letting go of the spirit of bondage to material pleasures!

A missionary friend recently wrote from Hong Kong that he had eighteen Chinese students sleeping in his tiny apartment. The students, who were fleeing Communism, had no money and possessed only the clothes they were wearing.

These Christians are an example of people who have “let go.” They weren’t escaping their country because they want Western materialism. Rather, they simply wanted to be set free! They wanted to live in a country where the soul is free to worship!

By contrast, the Church is not escaping but digging in—to its TVs, its VCRs, its conveniences, its “good life.”

Ringing in my soul are those awesome words that Jesus gave to His servants when He said that for every idle word “they shall give account” (Matthew 12:36). If we must give account of every word, will we not be called to account for idle time and wasted money as well?

We all are going to stand before the Lord and give account. So we had better ask ourselves now: What are our reasons? Why are we so ill-prepared? Why so selfish? Why so wasteful?