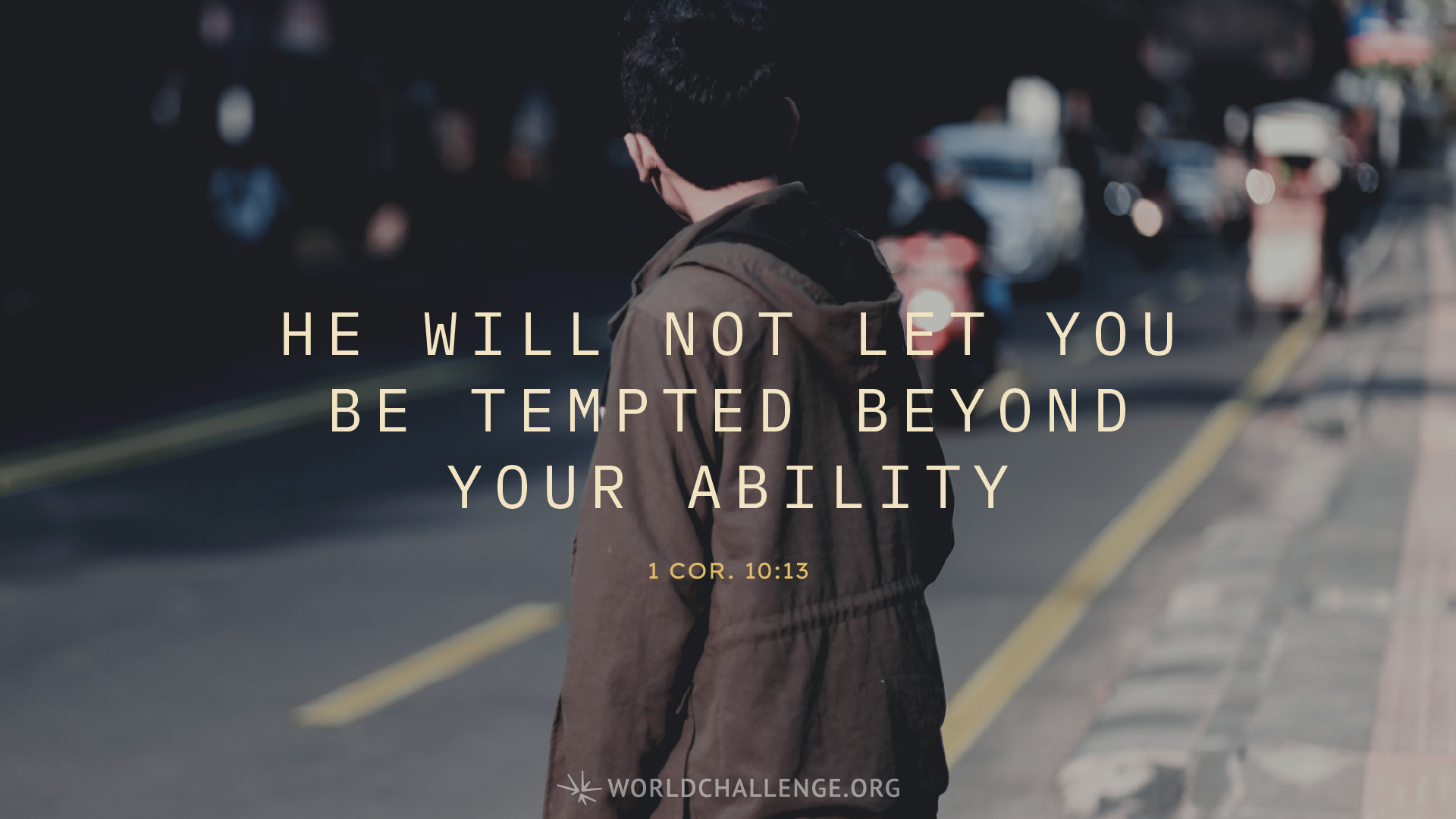 No temptation has overtaken you that is not common to man. God is faithful, and he will not let you be tempted beyond your ability, but with the temptation he will also provide the way of escape, that you may be able to endure it.

As followers of Jesus Christ, we are to be constantly aware that the devil is out to destroy us. Therefore, Paul says, we need to know as much as we can about the enemy’s tactics and plans “lest Satan should take advantage of us; for we are not ignorant of his devices” (2 Corinthians 2:11).

We read in Revelation that Satan has declared all-out war on God’s saints with a deadline that he plans to meet in completing his work: “Woe to the inhabitants of the earth and the sea! For the devil has come down to you, having great wrath, because he knows that he has a short time” (Revelation 12:12).

While many Christians are slumbering at this midnight hour, just as Jesus predicted, the devil is working ferociously, making preparation for war. He is keenly aware of the short time he has to accomplish his evil purposes so he does not rest; he is scheming, ever devising ways to harass and destroy the Church of Jesus Christ.

Satan’s deadline was given to him centuries ago; it can be traced to a great wonder that took place in the heavens, a wonder of incredible warfare when Satan determined to destroy the Christ child (read the account in Revelation 12:1-4). How often Satan tried to devour Jesus! And while the great cosmic war is no longer between Christ and devil because Jesus now sits safely with the heavenly Father, the devil is still waging a war against Christ by directing his wrath at us, his seed.

Peter gives us this advice: “Be sober, be vigilant; because your adversary the devil walks about like a roaring lion, seeking whom he may devour” (1 Peter 5:8).

When you sense the enemy advancing, the instant you move toward Jesus, he is rendered helpless. James tells us, “Resist the devil and he will flee from you” (James 4:7). The times ahead may get hard but the Father has promised us a way of escape (1 Corinthians 10:13).