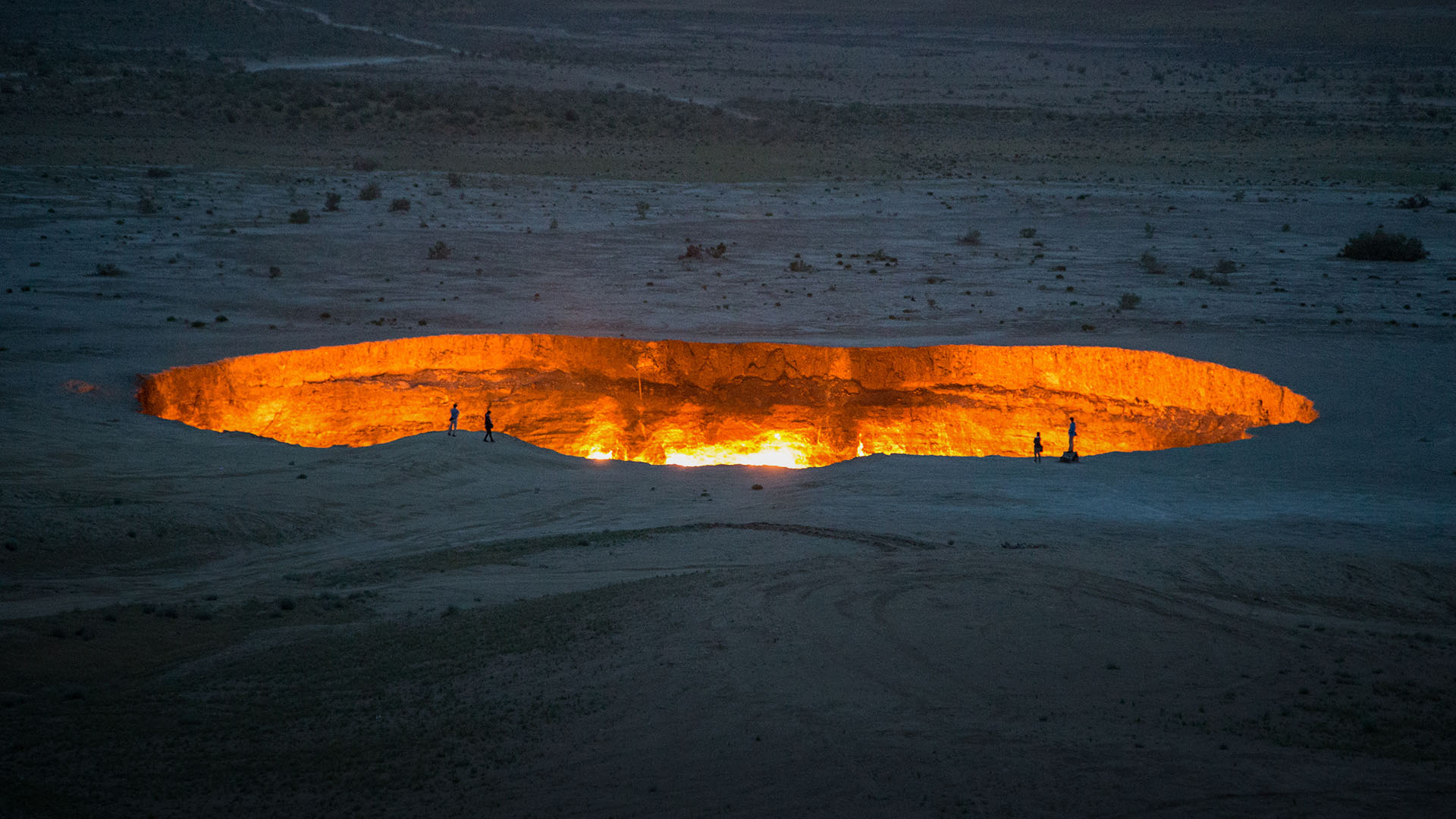 What Do We Do With Hell?

A God who eternally punishes some people is one of the biggest controversies in the modern discussion of Christianity, so what is the biblical take on hell?

My church high school group regularly showed us NOOMA videos, created by Rob Bell to help connect Christian teaching to real-life situations. As a teen, I found them helpful. They bridged the gap between ye olde Bible times and the conversations I found myself having with my peers.

If you’ve followed any of the news concerning Rob Bell in the last decade, you know where this is headed.

In 2011, Bell announced that he no longer believed in hell. The church he had founded, Mars Hill Church, asked him to step down, and he wrote a book titled Love Wins in which he argued for universal reconciliation where people may be saved without needing to dedicate their lives to Christ or to believe in the biblical God at all.

Bell wrote in said book, “It's been clearly communicated to many that this belief (in hell as eternal, conscious torment) is a central truth of the Christian faith and to reject it is, in essence, to reject Jesus. This is misguided and toxic and ultimately subverts the contagious spread of Jesus' message of love, peace, forgiveness and joy that our world desperately needs to hear.”

Years later, CNN reported, “Bell is still in the business of making audacious moves. He was in Atlanta as part of his ‘Bible Belt Tour’ to promote his new book, ‘What Is the Bible.’ He has ventured into the belly of the beast — speaking in some of the reddest and most patriotic states in the United States — to deliver a risky message.

“He's telling audiences that a person should read the Bible ‘literately,’ not ‘literally’…”

I guess not believing that the Bible means exactly what it says is one way to get around the concept of hell.

Wrestling With a Dark Idea

Hell is a hard concept to contemplate. However, it’s equally difficult to ignore verses in the Bible that directly reference hell or seem to point to it. “What if God, desiring to show his wrath and to make known his power, has endured with much patience vessels of wrath prepared for destruction, in order to make known the riches of his glory for vessels of mercy, which he has prepared beforehand for glory…” (Romans 9:22-23, ESV). Interpreting these verses (and others) in any other way than God creating and utilizing hell requires mental and linguistical gymnastics that are gold medal worthy.

The idea is deeply uncomfortable, and yet it remains there in the scripture, immutable and a stumbling block for many uncertain believers and unsaved alike.

In 1995, long before Rob Bell’s fall from orthodoxy and the writing of his trendy book, David Wilkerson preached, “They [some pastors] say hell is incompatible with the love of God and with Christ’s mercy.

“In fact, our human nature absolutely recoils against the thought of an eternal damnation where there’s no end to everlasting torment, weeping, wailing, gnashing of teeth — words that we don’t even want to talk about in this so-called day of grace.

“Yet God has never been ashamed to declare his wrath against sin. Never!...

“Jesus preached hell more than most preachers…he even preached it to his friends. ‘Fear not them which kill the body, but are not able to kill the soul: but rather fear him which is able to destroy both soul and body in hell’ (Matthew 10:28).”

Does this mean that the people gleefully shouting at pedestrians that they’re going to hell are justified?

Greg Morse writes for Desiring God, “We should not come to this subject lightly. We are talking about a real hell for real people for a real eternity. A place it would have been better to never have been born than to enter…. The four letters describe an unending punishment for those we have, for a brief time, known.

“How Paul considered the lostness of his kinsmen, and how Jesus lamented the unbelief of Israel teaches that we need not lay aside our love for the lost in discussing the eternal lostness being an appropriate punishment for their sin.”

As C. S. Lewis wrote in The Great Divorce, “There are only two kinds of people in the end: those who say to God, ‘Thy will be done,’ and those to whom God says, in the end, ‘Thy will be done.’ All that are in Hell, choose it. Without that self-choice there could be no Hell. No soul that seriously and constantly desires joy will ever miss it. Those who seek find. To those who knock it is opened.”

The Coin of Wrath and Love

So how do we reconcile the grim image of eternal torment with the equally biblical descriptions of a loving God?

It’s well worth pausing here for note from Pastor Joe McKeever, “In his thought-provoking article, Douthat notes how modern–we would say ‘liberal’–preachers and theologians rush to dismiss hell as an antiquity, as something religion has outgrown. He says, ‘Doing away with hell…is a natural way for pastors and theologians to make their God seem more humane. The problem is that this move also threatens to make human life less fully human.’”

Without hell, God’s glory is reduced to something bite-sized and with it the beauty and value of humanity which is made in his image. Without hell, there is no justice for the great and terrible wrongs that have been inflicted upon people in the long and sorted history of this world.

All of this is the truest manifestation of God’s compassion and care for his creation, as Pastor Sam Storms notes in the Gary Wilkerson podcast, “This may sound strange to some people — wrath is just really the flip side of God's love.

“So if God were not to be angry at the wickedness and the perversion we see so often in our world, our society, would he actually be deserving of our praise? Would we really find Him worthy of our honor and our adoration? I don't think so.”

Greg Morse aptly adds to this idea, “No child I have known protests the demise of Scar, Lord Voldemort, or the Witch-king of Angmar. While the analogy breaks down, as all analogies inevitably do, we should still ask why that is. Because we know the rightness of the villains being punished. We just don’t like the fact that we — and those we love — are by nature the villains of the narrative.”

It's very true. No one wants to be the bad guys. Nowhere can this be clearer seen than in courts of law where criminals with horrific rap sheets will still plead innocent.

An agnostic friend once asked me if I believed in hell, and I told her I did. “I cannot look at the actions of people like Jeffrey Epstein and others like him and believe that a loving, good God would shrug their crimes away. There has to be justice for the horrific wrongs inflicted on people, innocent animals and the world.

“No damage done is ever right. Justice must be had against the pedophiles, puppy mill owners, abusive friends, angry spouses, rebellious children, gossips and me.”

RESOURCES: We recognize that the topic of hell is not one that could not be fully covered in the span of a single article. If you are interested in reading further, here are a few resources to check out.

Why Does God Allow Evil? by Clay Jones

Does God Desire All to Be Saved? by John Piper

“What Does Hell Say About God? by Greg Morse

“Is Hell Real?” by Robert Velarde

“Hell: What It’s Like and Who’s Going There” by David Wilkerson