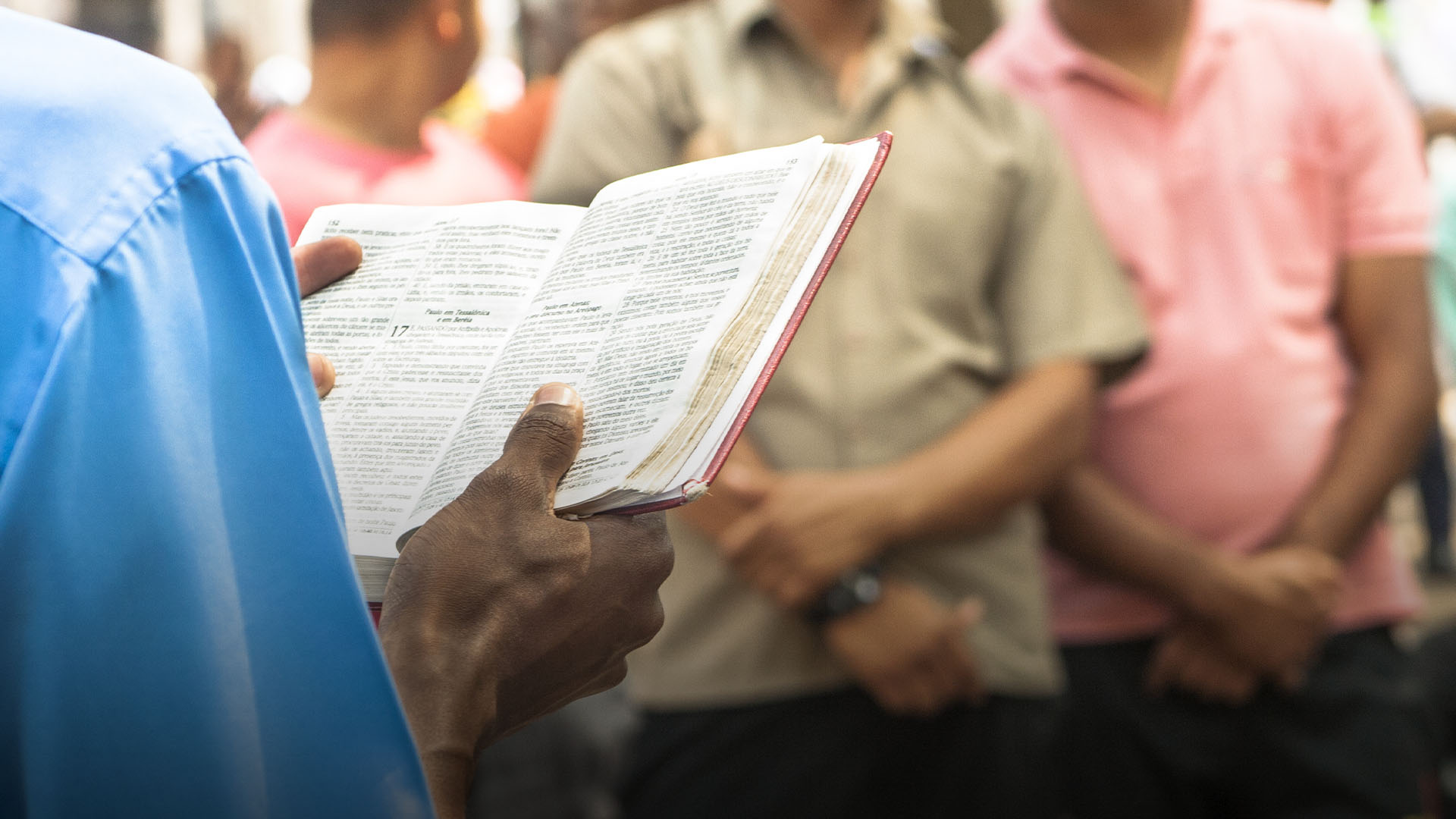 We Testify to the Truth

We are all witnesses to the truth of Christ’s work, or at least we should be; why is it difficult to talk about sometimes (or all the time)?

“If you do not turn from your sins, you will die,” shouts one boy on the street to pedestrians. “It’s that simple. You either turn, or you burn.” Jonah is one of the LaVelle family’s 10 children, and they are all part of an evangelistic movement known as the Spokane Street Preachers.

“I’m not a kid. I’m an adult,” yells back one man in the ABC News short feature on this family and their evening occupation. “Don’t tell me what I don’t know.”

“You don’t tell me nothing” is this passerby’s parting salvo before he walks away.

Susanna LaVelle, who is 11 years old and preparing to join her brother as a street preaching, tells the ABC journalist, “A lot of people get really mad, and they claim that you’re shoving your religion down their throat.” She admitted that she’s a little scared to start preaching on the street herself rather than simply holding a sign while her father, mother and brother preach at those who pass by.

The LaVelle family’s extracurricular activities inspire some and alarm others. Christ did tell his followers to go out and share the good news with everyone, and this family seems to be doing everything in their power to obey that command. Others, though, ask if protesting in front of Islamic temples and abortion clinics is what Jesus meant in Mark 16:15. The questionable antics of other street preachers only seems to muddy the waters further.

Another branch of the Spokane Street Preachers went to a college campus to protest abortion and preach against LGBTQ+ activism. One of the evangelists was arrested after spanking a student and spitting on another.

A Large and Looming Silence

When faced with the choice between awkward evangelism — or, quite frankly, being associated with evangelists who have done questionable things in public — and the more comfortable silence, most Christians choose the latter.

“In more than 50 years of traveling around the world,” pastor and evangelist Ross Rhoads noted, “I have never had anyone witness to me about their Christian faith, though several have confessed their faith after I initiated a conversation. Surveys indicate that the vast majority of Bible-believing Christians do not witness to others about their faith in Christ. Eighty-five percent never invite anyone to church, and 95 percent never win anyone to Christ.

“What does it mean to witness? Before the Lord Jesus ascended into heaven, His last words were, ‘You shall be witnesses to me in Jerusalem, and in all Judea and Samaria, and to the end of the earth’ (Acts 1:8, NKJV).

“Witnessing was a command, not a choice. The disciples boldly testified, ‘We were eyewitnesses from the beginning’ (Cf. Luke 1:2) and ‘eyewitnesses of his majesty’ (2 Peter 1:16, NKJV) and ‘we cannot but speak the things which we have seen and heard’ (Acts 4:20, NKJV).

The Bible is clear that we are intended to testify about God’s work to save people from their sins, so why is it so hard for many believers to do?

Claiming that the majority of Christians in the West fail to witness because they’re not passionate enough about God is a flawed and incomplete answer. The logic behind staying silent ranges through a spectrum of simple fear to genuine confusion.

1.     Churches isolate Christians from unbelievers. This can happen unintentionally because people who agree with us are easier to be around or very intentionally when we focus on biblical morality as the end-all-be-all and vilify nonbelievers.

3.     We’re not willing to pay the price of following Christ. The Bible is pretty clear that Jesus’ followers, if they’re emulating his example and listening to the Spirit, will look like fools to the world (1 Corinthians 1:18-29) and that our message will be a stench to the spiritually dead (2 Corinthians 2:14-16).

4.     We become discouraged if there aren’t visible results. Jesus often compares the gospel to seeds, and only little children plant a seed and expect a sprout an hour later. Even knowing this, many believers quickly become discouraged when they share the gospel and a person doesn’t fall to their knees and repent on the spot.

5.     Our gospel isn’t clear…even to us. A lot of believers haven’t been forced to articulate what exactly they believe. They may be firm in their beliefs. They may even know their Bible well. Someone pops a question about the gospel, though, and it’s as if they get stage fright. Either they’re rambling (usually off topic), or they’re struggling to articulate the core tenets of their faith.

If these are all the reasons why we don’t share the good news, then how do we start?

Finding the Right Words or Not

Wyatt Graham worked for four years as a street evangelist, sharing the gospel with people at train stations or the mall. He offered a few tactics that he learned from his time in the urban field.

“First, be normal,” he wrote, dryly. “If any offence is given, it should not be because we dominated the conversation and acted like a Christian drill sergeant when we presented the Gospel. Offence should only be given because God calls all people everywhere to repent and believe in good news about Jesus Christ. Not everyone responds well to that message.

“Do not let weirdness get in the way of the Gospel.”

There’s no harm in being smart about how we present our faith either. He urges those who want to obediently share the gospel to be respectful and flexible with how they present God’s Word. Not everyone we may engage with is the same.

“At a train station in North Hollywood,” he shared, “I remember talking to someone who said something to the effect of: ‘You don’t want to talk to me. There’s no hope for someone like me who struggles with my particular sin.’ The look on his face was grave. He knew that he bore a heavy burden due to sin….

“While sometimes people need to feel the weight of their personal sin, other times they already bear this weight. What they need to know is that Christ came in fulfillment of the promises to put sin to death, Satan to flight, and sin to rest. They need hope.”

While we take practical steps to become better witnesses, we must simultaneously rely on the Holy Spirit, acknowledging that he knows exactly what will reach another person’s heart.

We must do our part in sharing the good news, but God is the one who saves.

R. T. Kendall, in his Power of Preaching episode, said, “You will not upstage scripture when it comes to power. Now, you need the Spirit. That's what I'm talking about. But the way you can ensure you have the Holy Spirit is that you don't pervert the text. That means you don't change it to sound the way you want it to sound. You don't come up with a meaning that you hope it means.”

On one hand, we are commanded to be witnesses to the world and take action. On the other hand, we must rely completely on the Spirit to use the truths in scripture and reach deep into another person’s heart.

We must hold tight to these two facts as we walk in obedience and testify to the saving presence of our God.