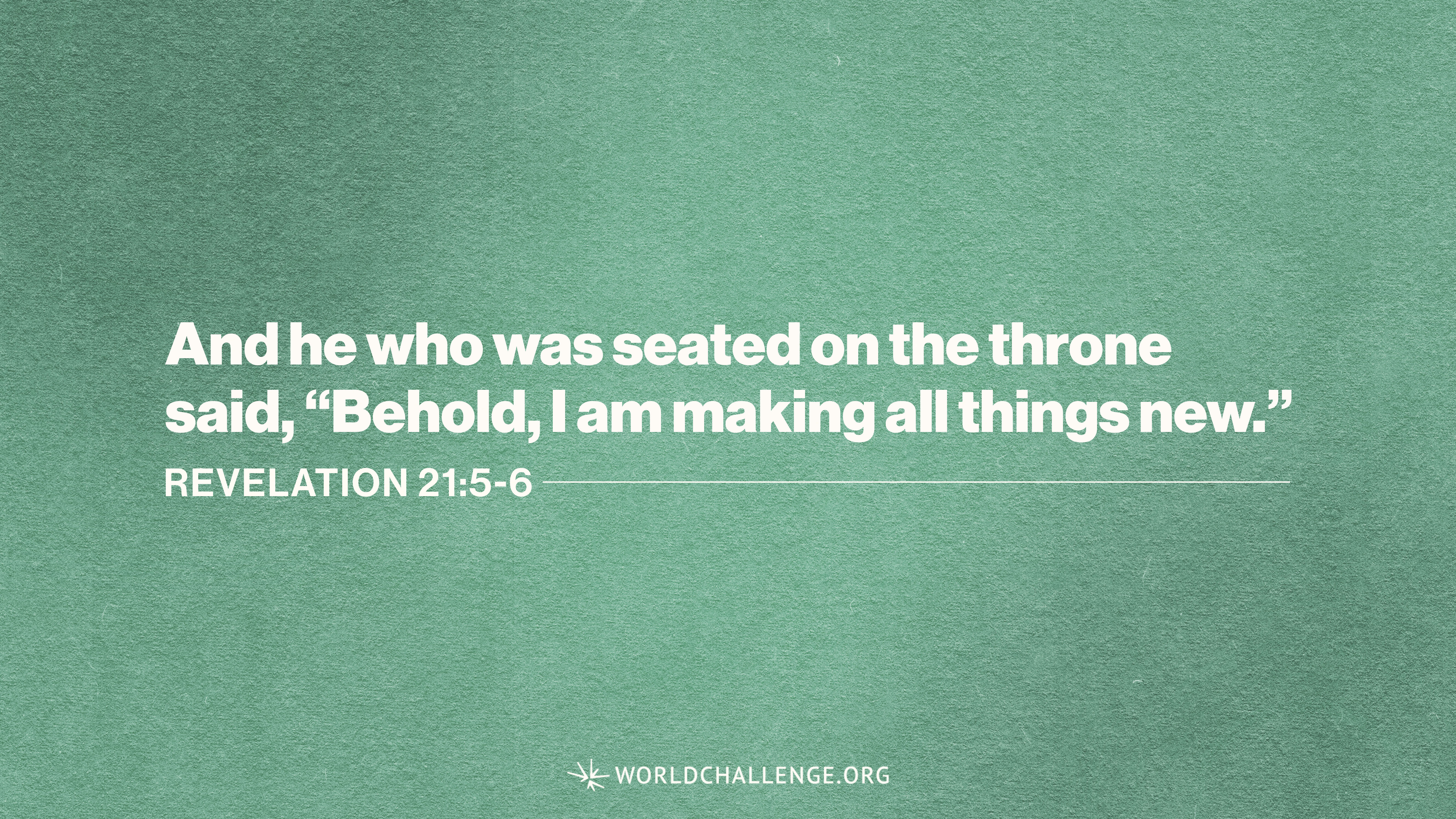 And he who was seated on the throne said, “Behold, I am making all things new.” Also he said, “Write this down, for these words are trustworthy and true.” And he said to me, “It is done! I am the Alpha and the Omega, the beginning and the end. To the thirsty I will give from the spring of the water of life without payment.”

God is about to do a new thing. And this new work will be so glorious, it’s going to cause his people to praise him like never before: “Sing unto the Lord a new song, and his praise from the end of the earth, ye that go down to the sea, and all that is therein; the isles, and the inhabitants thereof” (Isaiah 42:10).

We know that in these last days, Satan is coming down to earth in a fierce rage (see Revelation 12:12). He’s full of great wrath because he knows his time is short. And he’s going to send forth a flood of iniquity on the church. But God declares, “Let my people know the Lion of Judah is coming down, with all the power of heaven. The Redeemer is coming to Zion!”

Just as he did with Sodom, the Lord is coming to purge. And this time of purging will begin with his church. Right now, the Lord is beginning to burn up the chaff in his house. And he’s going to do a new thing.

What an incredible promise. We see now why Isaiah prophesies, “Let the wilderness and the cities thereof lift up their voice…let the inhabitants of the rock sing, let them shout from the top of the mountains. Let them give glory unto the Lord, and declare his praise in the islands” (Isaiah 42:11-12).

Dear saint, God is doing a new thing right now. He’s calling his people once again to forsake every idol and make their habitation the Rock, Jesus Christ. I urge you, be ready to obey his cry: “Let the inhabitants of the Rock sing!”