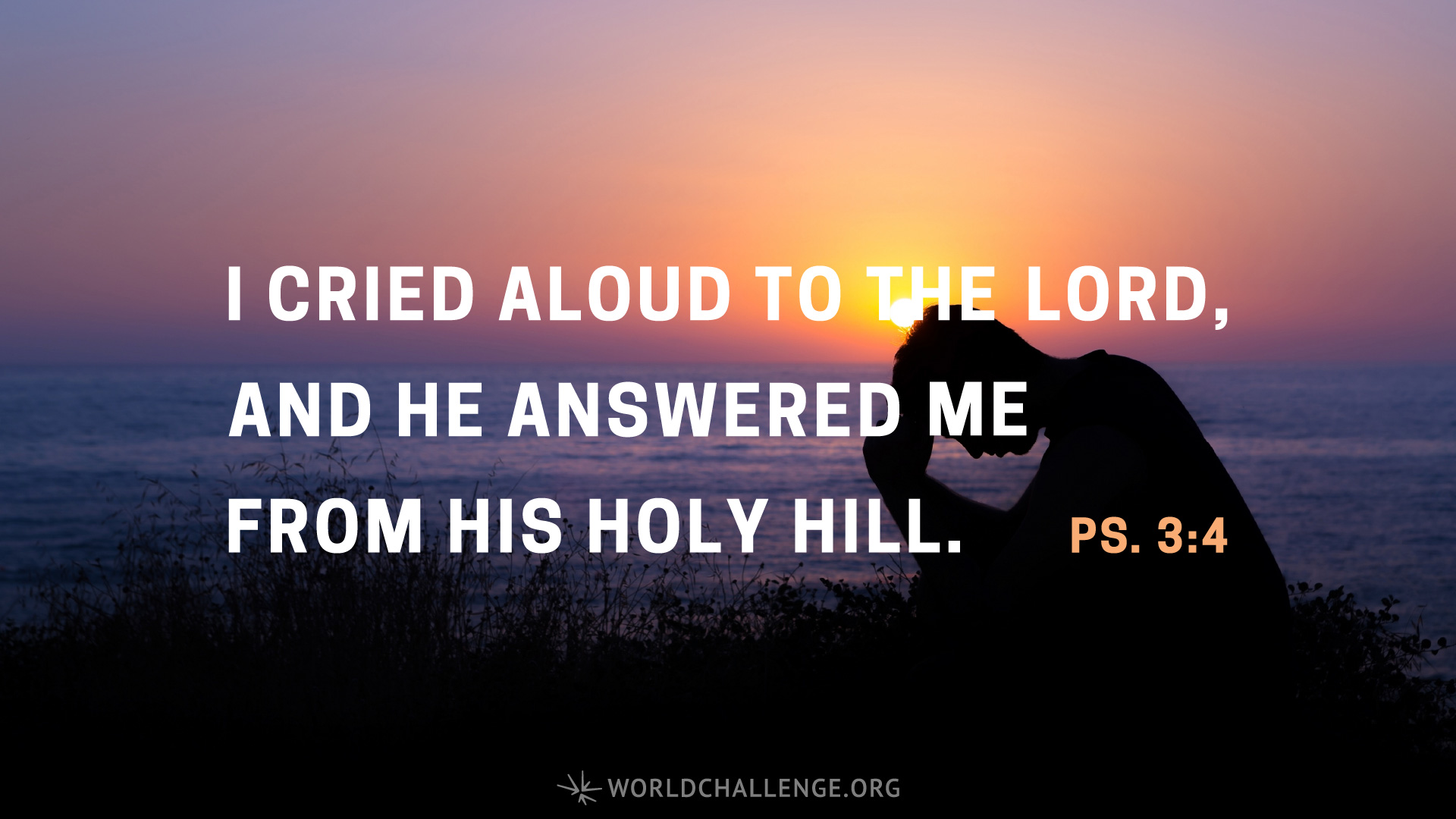 I cried aloud to the Lord, and he answered me from his holy hill.

If you have ever had times of feeling low and troubled, then Psalm 77 was written for you. The writer of the psalm, a man named Asaph, was a Levite from the priestly line in Israel. He was also a singer and served as David’s appointed choir director. Altogether, Asaph wrote eleven psalms and they were filled with righteous instruction for God’s people.

Asaph wrote Psalm 77 after he fell into a horrible pit of despair and his condition grew so bad that he was beyond comfort: “My soul refused to be comforted” (77:2). Yet Asaph was a praying man. We see this in the same psalm as he testified: “I cried out to God with my voice … and He gave ear to me” (77:1). I am sure Asaph had heard David’s very similar testimony in Psalm 34: “The eyes of the Lord are on the righteous, and His ears are open to their cry” (34:15).

Asaph knew David’s compelling story of how he had to flee Gath to escape Saul’s wrath. He had felt like such a failure that he had cried out to God in agony and was totally delivered. In fact, God put a song in David’s heart. In Psalm 40 David wrote a new song of faith which surely made it into the hands of Asaph as a testimony: “[He] heard my cry. He also brought me up out a horrible pit … and set my feet upon a rock” (40:1-2).

Does Asaph’s story describe your own spiritual battle? This godly, praying, faithful man was facing depression and there seemed to be no way out. But he concluded, “God’s ways are not known. I don’t know why he allowed me to go through such discouragement, but I can only rejoice that he has made me free.”

David said, “I sought the Lord, and He heard me, and delivered me from all my fears” (Psalm 34:4). Truly, the Holy Spirit will comfort you in your dark times and help you recover your joy, peace and rest as you seek him.