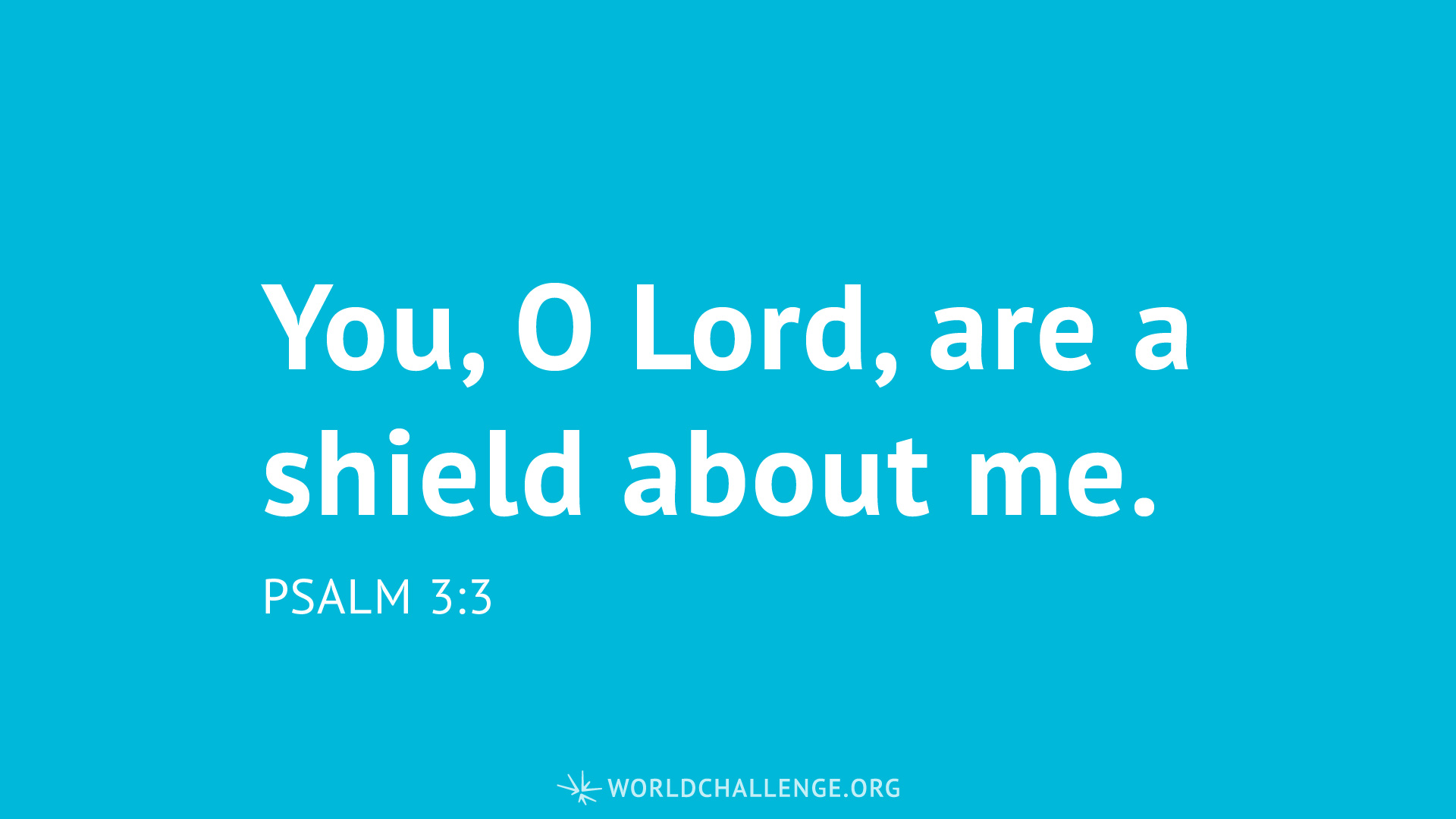 But you, O Lord, are a shield about me, my glory, and the lifter of my head.

When God asks His servants to step out into the unknown, it is not a one-time event. It is a walk that is required our entire lifetime. Yet our obedience wins us a great reward: “The word of the Lord came unto Abram in a vision, saying, Fear not, Abram: I am thy shield, and thy exceeding great reward” (Genesis 15:1).

God is making a glorious statement to us here: Those who obey Him—who step out not knowing what will happen to them, yet blindly trusting in His Word—will never be outside of His protection. He says, “I will hover over them as a shield. And I will be their reward. I’ll give Myself to them.” “For thou, Lord, wilt bless the righteous; with favor wilt thou compass him as with a shield” (Psalm 5:12).

A former member of our church, an acclaimed actress, was asked by God to give up show business completely as an act of obedience to Him. She knew in her heart the Lord was telling her to leave it all behind. So she set aside a best supporting actress award and stepped out into the great unknown. She had no job or guarantees of work of any kind; she went out not knowing where she was going.

The very next day her agent called to tell her she had been offered a starring role in a movie with three of the best-known actors in the business. After she hung up, she said, “No, Satan, I know what you’re trying to do. I won’t change my mind.”

Beloved, that’s the way it is going to be for many. Whenever you step out in faithful obedience, the devil will bring some enticement to draw you back to the side of disobedience. Obedience will always cost you something!

That same week, the actress went to court and won a great victory in a child custody battle. Her shield was working for her! She had won Christ, and her reward had been the Lord Himself.