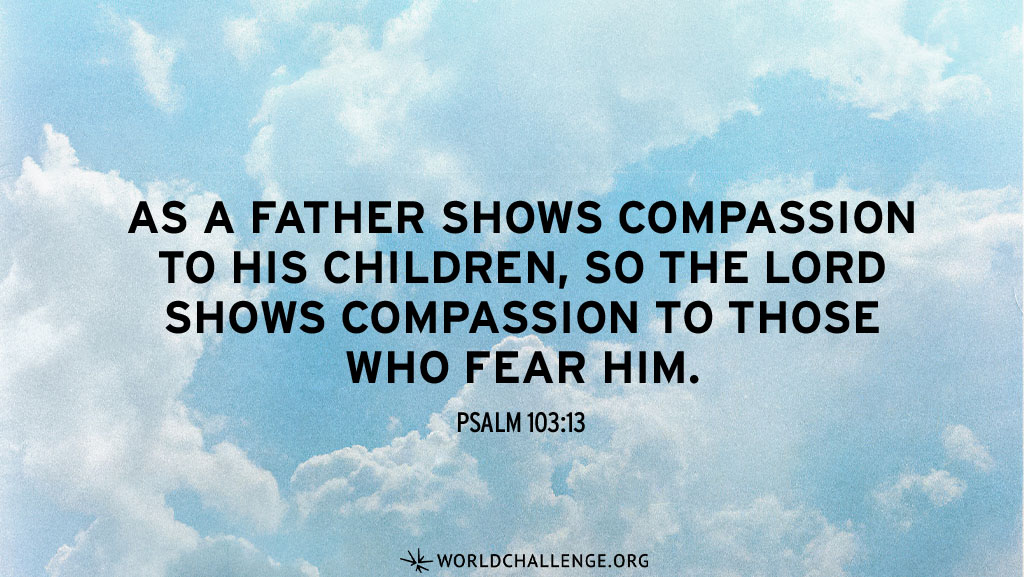 Time and again the Gospels portray Jesus as a man of deep and unwavering compassion. After the death of John the Baptist, Jesus withdrew alone on a boat to mourn the loss. He knew John was in heaven, but He hurt for those who were left behind.

When Jesus returned to shore, He saw a crowd of five thousand people gathered to see Him. Matthew records that “He had compassion on them.” So He took five loaves of bread and two fish and miraculously provided food for them all (Matthew 14:14-21). His heart went out to these people who had come to be with Him, and He couldn’t stand to see them hungry. He not only provided food, but He also healed the ones who were sick.

When Jesus saw two blind men on the road to Jericho, He “had compassion and touched their eyes. And immediately their eyes received sight, and they followed Him” (Matthew 20:34). His compassion for these men outweighed any other task before Him at the moment.

On the road between Samaria and Galilee, while going into a small village, Jesus noticed ten men who had leprosy and He healed them (see Luke 17:12-14). The lepers instinctively kept their distance, even from Jesus. Society had shunned them and they were rejected by the world. But Jesus saw them and had compassion on them. He saw them as people in need of a Savior.

How do we respond to the lepers of our day — the outcasts of society? What does our culture do with the poor, the addicts, the alcoholics, the sinners? Does the Body of Christ see them as people in need of help, lost and searching?

We must never forget what Jesus has done for us and for those around us. Without His saving grace we would be just as lost and hopeless as those lepers were. Without Jesus we are nothing and without compassion we have no place in God’s kingdom.