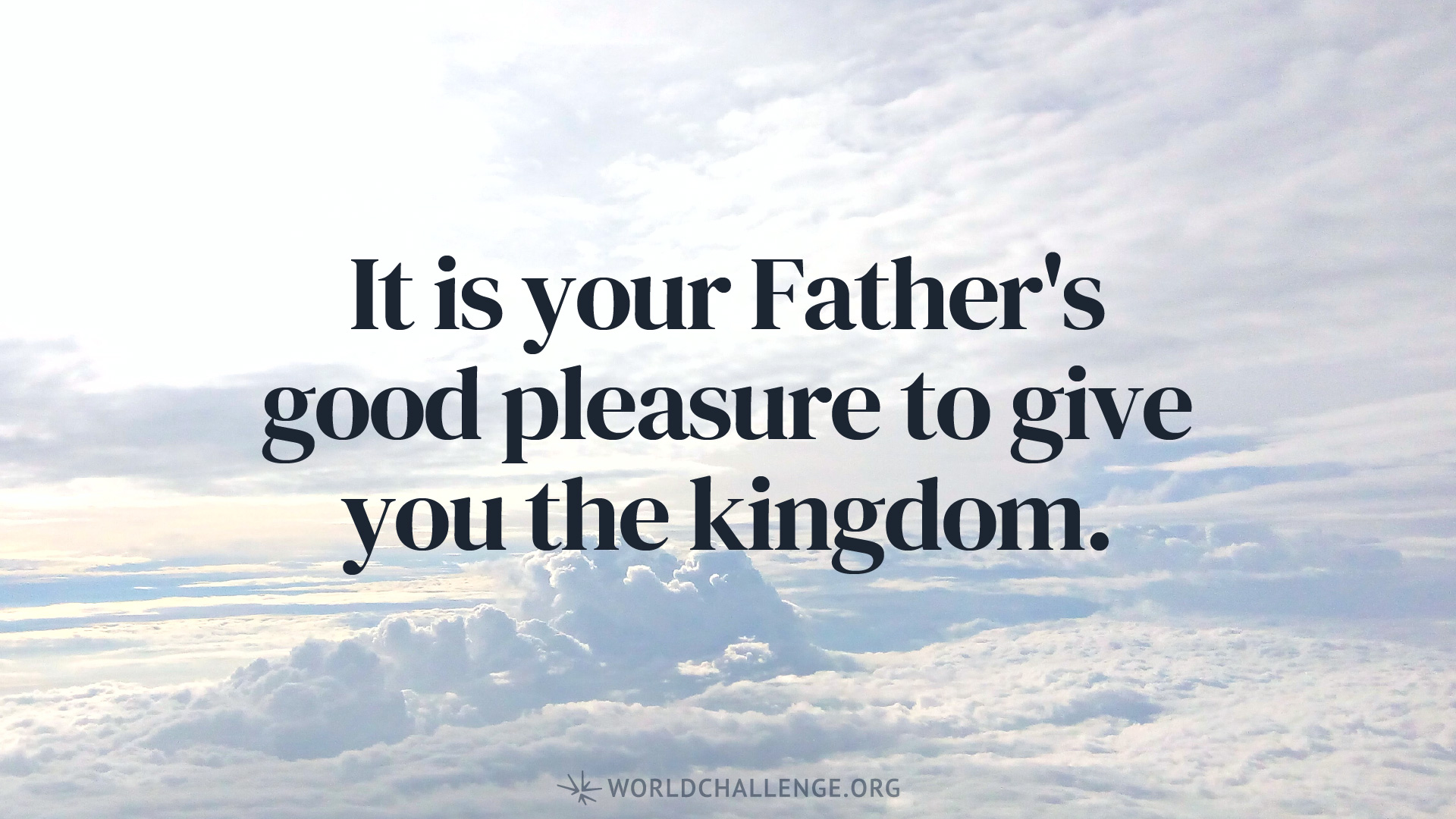 Fear not, little flock, for it is your Father's good pleasure to give you the kingdom.

Jesus spent thirty-three years on Earth. Was that just so He could get old enough to die on a cross? Was it so He could have a few experiences to write about? No, of course not.

For thirty-three years Jesus did something that no one has ever been able to do. He took every rule, law and principle in the Bible, every thought that God had about what a righteous life would be like—holy and pure and totally obedient to God— and He fulfilled every single one of them.

That is why He was able to say, “I did not come to do away with the law, I came to fulfill the law” (see Matthew 5:17). What He is saying here is that He, and He alone, kept the law perfectly.

God said, “I take pleasure in Him because He perfectly kept every principle I’ve ever had for mankind. He fulfilled it all.”

Justification is not just that He cleansed you of your sin, He forgave your past, present, and future sin—but He imputed righteousness to you. In other words, He gave and He put upon you the righteousness that is His. At the cross He took your sin and pain and suffering—and did away with it.

And then He did something else that many Christians don’t realize. He took what He did on the cross and made it a final victory. When He said, “It is finished,” not only had He died for our sins but He had died for our righteousness. Now, even though we have no righteousness in ourselves, He gives us His righteousness.