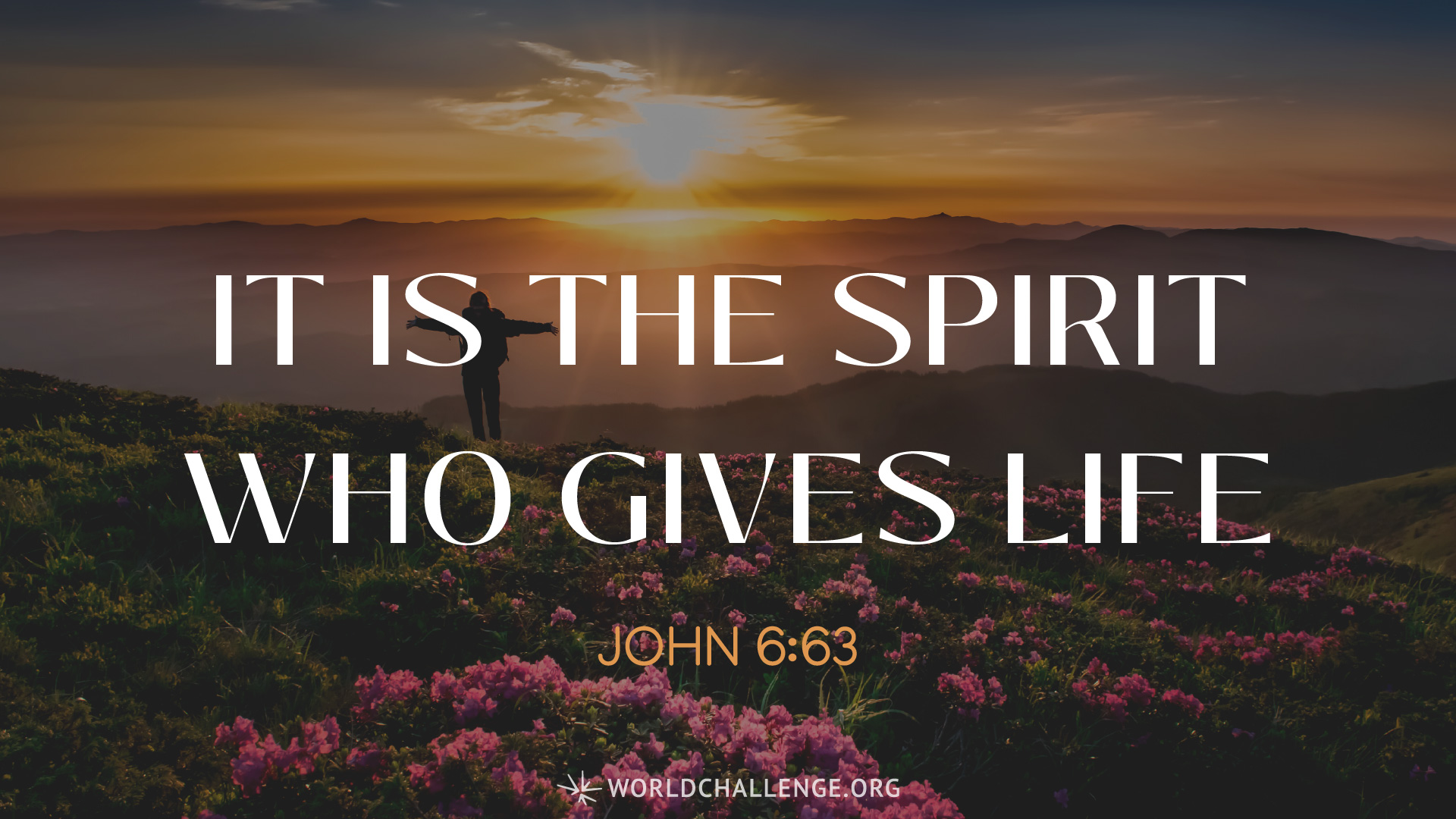 It is the Spirit who gives life; the flesh is no help at all. The words that I have spoken to you are spirit and life.

It is amazing how many people want the power of Christ but not the path of Christ. They do not want to follow a Christ who uses His resources and power to help others. However, they will soon discover that following Jesus inevitably leads to a road of self-sacrifice. It is at this crossroads that many turn away from following the Jesus of the Bible.

We see in the Scriptures that multitudes came to Jesus because they were hungry and saw that He could multiply bread. Others came because they wanted to rule and reign, and they thought Jesus would overthrow the Roman Empire. What Jesus was asking for, however, was full commitment to the cause of God that was about to be unfolded in His life. He told them, “It is the spirit who gives life; the flesh profits nothing. The words that I speak to you are spirit, and they are life” (John 6:63). In other words, “What I am telling you will give you life, carry you, sustain you and keep you through difficult days.” Jesus added, “But there are some of you who do not believe,” for He “knew from the beginning who they were who did not believe, and who would betray Him” (6:64).

When they recognized what it would cost, many disciples turned away and walked with him no more. I believe this is how it will play out in our day too. When the truth of Christ is proclaimed, many people will realize that they did not sign up to be a representation of God’s life in the midst of a hostile generation. God is asking for a commitment that will take them to a cross — and suddenly it is no longer attractive.

Scripture does not say the people abandoned religion; rather, they abandoned Jesus Christ. In other words, they returned to “a form of godliness but denying its power” (2 Timothy 3:5). They went back to a form of religion, and perhaps they were even more zealous than before. But all of it was powerless. They went back to powerless singing, powerless reading and powerless praying — all because they were confronted with what a life of following Christ is truly supposed to look like.

The true power of God is ultimately found in reaching the lost. Once we are determined to give ourselves for the purposes of God and for the people around us, this Spirit of power will be realized in our lives.