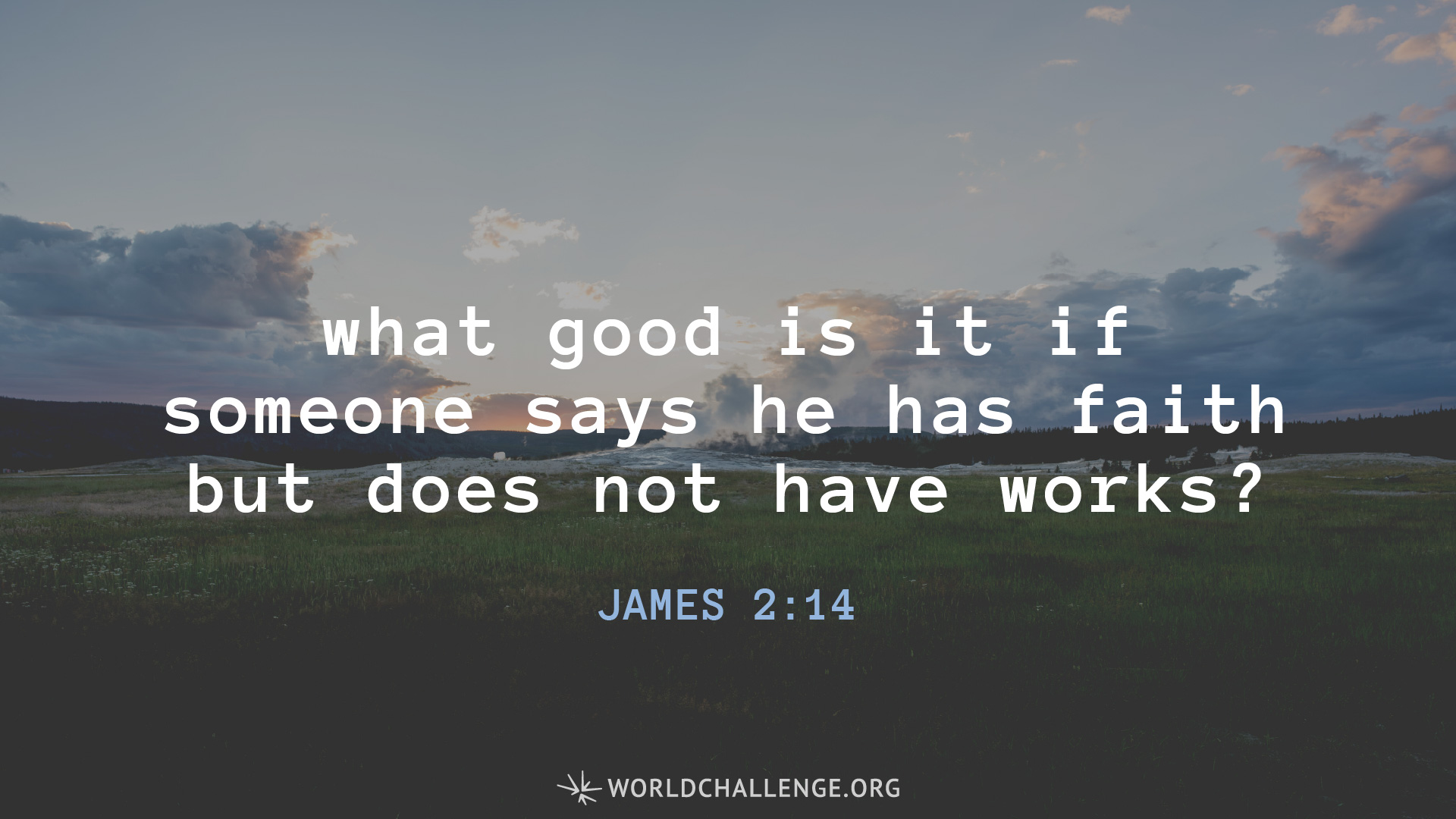 What good is it, my brothers, if someone says he has faith but does not have works? Can that faith save him?

Abraham was a man whose life was consumed by a faith that reaches out. He knew that faith without works is dead (see James 2:17). Genesis 14:11-16 uses simple yet clear words to reveal the scope and beauty of his decision when he learned that Lot and his family had been taken captive and had lost everything. “As soon as Abraham learned this . . . he brought three hundred eighteen of his bravest servants and they pursued the oppressors. . . . They brought back Lot, his brother, their possessions, as well as their wives and children” (14:14-16).

It is important to reread each word to fully grasp the depth of what is being said here. “As soon as Abraham learned this,” he didn’t wait, look for excuses, or put it off until the next day. He did not hide behind his lack of resources nor what he didn’t have. The Apostle Paul appeals to us to make a decision when he reminds the Corinthians that when intentions are sincere, they are demonstrated not by what we don’t have, or hope to have some day, but by what we currently have available. “Whatever you give is acceptable if you give it eagerly. And give according to what you have, not what you don't have” (see 2 Corinthians 8:12). Help someone today with what you do have. Faith that reaches out simply refuses to continue saying, “No!”

“Abraham, armed with three hundred eighteen of his bravest servants” — it is interesting to notice here that the exact number is mentioned. I profoundly believe that God knows each believer who helps those who suffer, but also every believer or church who chooses to do nothing. There are several specific moments in Scripture where God seems to want us to know with infinite precision that each person counts. For instance, in Nehemiah 3 we see the meticulous listing of those who miraculously rebuilt the walls that had been torn down.

Dear reader, this is faith that reaches out. This type of sacrifice opens up the heavens and produces the supernatural. We read these words in the story of Abraham as a prophetic promise for all who turn toward someone who is hurting, who is held captive or in need: After these events, “the Word of the Lord came to Abraham in a vision with these words: Don’t be afraid, Abraham, I will be your defender myself. I will protect you and your reward will be so great!” (Genesis 15:1).

Claude Houde is the lead pastor of Eglise Nouvelle Vie (New Life Church) in Montreal, Canada. Under his leadership New Life Church has grown from a handful of people to more than 3500 in a part of Canada with few successful Protestant churches.