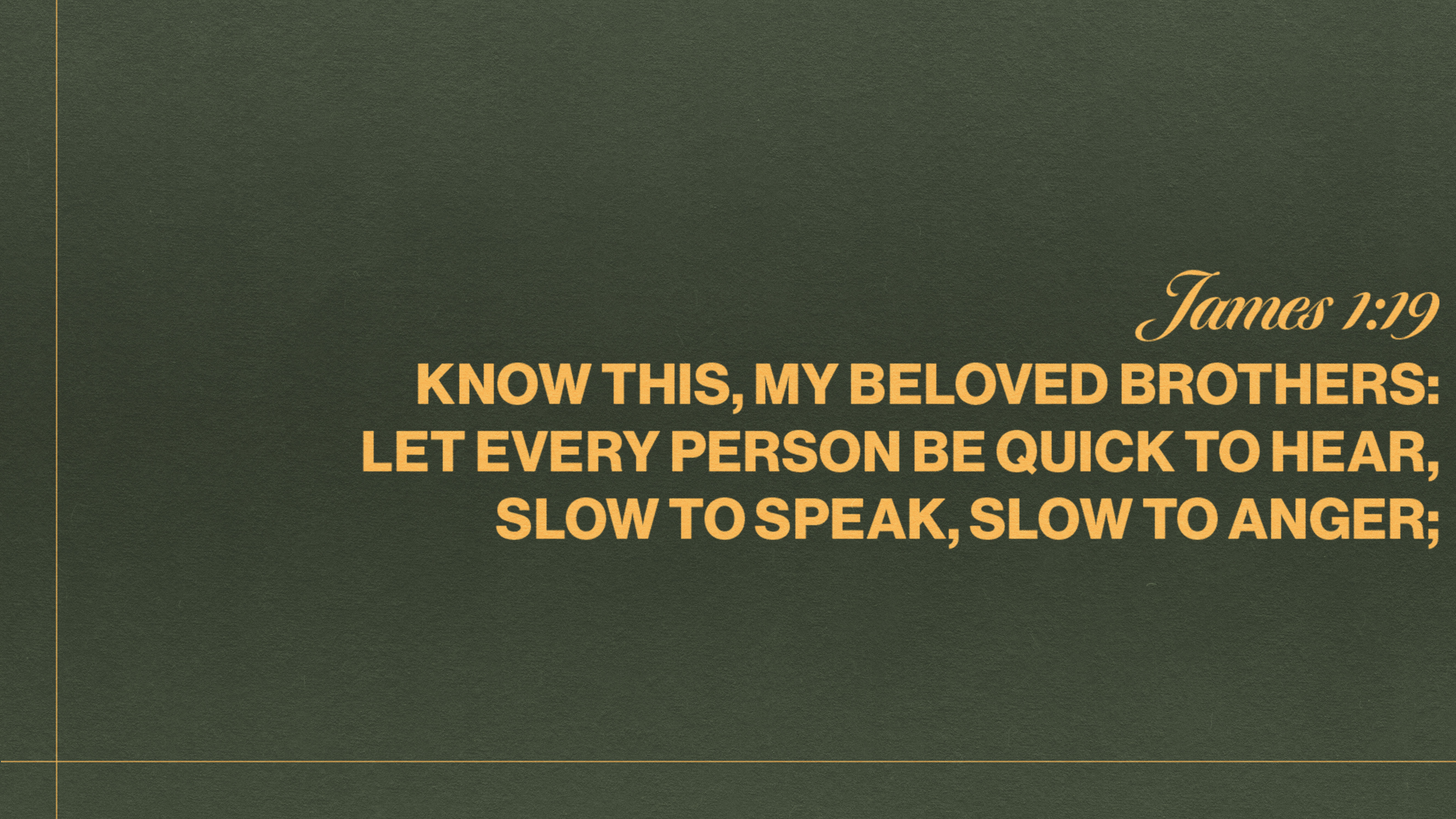 Know this, my beloved brothers: let every person be quick to hear, slow to speak, slow to anger; for the anger of man does not produce the righteousness of God.

Americans seem to have a habit of using cooking terms to describe emotions. For example, an upset person is described as steamed and an angry person is referred to as being boiling mad.

Think of the angry, accusing words that Joseph’s brothers leveled at him. Satan prompted those words because he wanted Joseph to hold on to bitterness and spend years stewing in the juices of anger, revenge and hatred. Thank God, Joseph laid it all down — he didn’t allow it to simmer!

Are you stewing or simmering over some hurtful thing said or done to you? Is the flame of anger still burning, bringing you to a slow boil, and yet you refuse to shut if off? If so, you are in danger of boiling over. Too many Christians have no life at all because they hold on to a simmering bitterness, letting the emotion stew.

The Word of God warns against harboring bitterness: “Pursue peace … lest anyone fall short of the grace of God; lest any root of bitterness springing up cause trouble, and by this many become defiled” (Hebrews 12:14-15). A bitter person will not listen to counsel; a bitter Christian will not even heed God’s Word. Why? Because anger blinds the heart to truth.

Beloved, the leaven in your heart is hard at work right now. You may not be stoking the fires in the oven. But, eventually, the leaven will cause a rise. And, in a single moment of rage, it will bring forth the bread of iniquity!

This describes the lives of many Christians today. They've got a little leaven in their heart - some small anger or hurt they've never dealt with - and they won't face it and repent. Instead, they simply turn a blind eye to it. They may believe their heart is clean, innocent. They may even testify, "I have nothing against that person. I'm not stewing over anything."

But the leaven of bitterness is still at work in them - reaching into every area of their life. And the time will come when it will surface again, rising up like leavened bread - because it hasn't been dealt with!

The Holy Spirit will empower you to turn off the fires of agitation that trouble you. Trust in Christ’s forgiveness and let him enable you to overcome every hindrance to fulfillment and maturity in him.