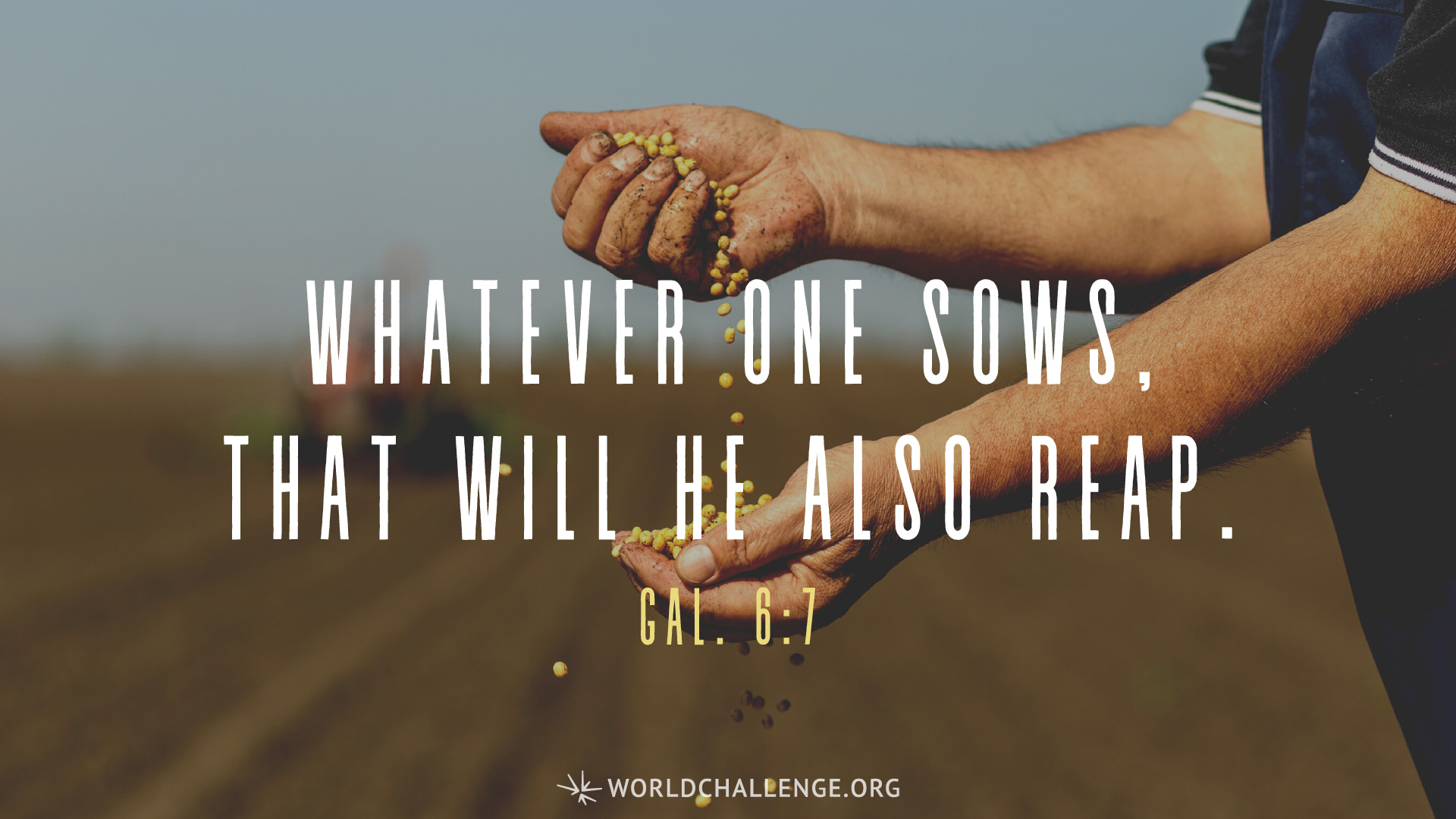 Do not be deceived: God is not mocked, for whatever one sows, that will he also reap.

We have all heard, “Whatever a man sows, that he will also reap” (Galatians 6:7), and it usually is spoken with a negative connotation, but there is also a positive side to sowing: “Let us not grow weary of doing good, for in due season we shall reap if we do not lose heart” (6:9).

A parable is a story that illustrates a truth and in the parable of the talents, Jesus focuses primarily on the good side of sowing, which is sowing to the Spirit to reap life everlasting.

Briefly, the parable deals with a man who entrusted three servants with differing amounts of money to steward while he was on a trip. When he returned, he found that two of his servants had invested their money and made a profit while the third had merely buried his money for safekeeping. The master was pleased with the first two and very displeased with the third.

Jesus is “the man traveling to a far country” (25:14), and we are the servants with the talents representing our measure of grace and revelation of Jesus. We are commanded to go out and sow this revelation. This parable shows that God will have a fruitful, glorious harvest at the end. Two out of the three servants will come before the judgment loaded with fruit and full of joy — good and faithful servants — and the third will be banished.

Beloved, I encourage you to examine your heart and then become a part of God’s last-day army!  He will have a last-day harvest, and only willing, faithful servants of the Lord will be part of this great gathering.