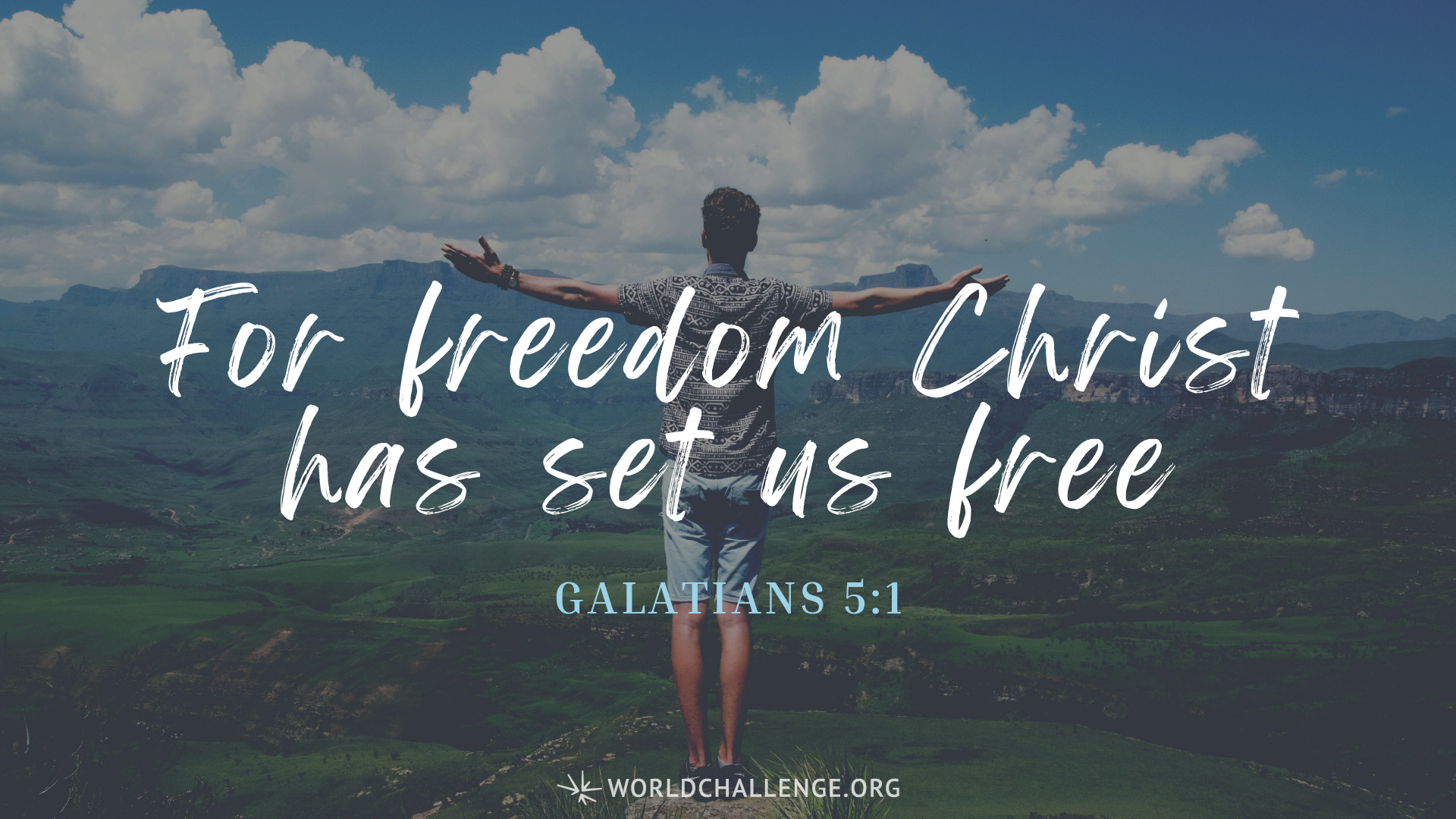 For freedom Christ has set us free; stand firm therefore, and do not submit again to a yoke of slavery.

Some people once brought a blind man to Jesus to be healed. Jesus took the man by the hand and led him to a secluded place outside the village where he spat in the man’s eyes. In any culture this would be considered an insult. But Jesus did it anyway.

Jesus then asked the man if he could see anything, and the man answered, “I see people; they look like trees walking around.”

I’m sure the man was thrilled to have even a hint of sight, but Jesus wanted him to see clearly, to know what he had been missing, to witness the full glory of his Father’s creation. So he put his hands over the man’s eyes again, and suddenly the man could see clearly. His sight was completely restored (Mark 8:22-25).

In so many ways I’ve seen God do the same thing in my life. When I first gave my heart to him, I was filled with a glorious feeling but my vision was blurry and confusing and new. Through the years he continued to disciple me, to shape my heart and spirit, until I could see more clearly. I began to see people plainly, as individuals before me, not as simple masses moving about. I began to see them the way he sees them — hurting and lost, like sheep without a shepherd.

That’s what Jesus’ touch on our lives will do for us, but only if we are willing to let him. So many followers of Christ never get to that stage. We allow God to touch us, to set us free from the blindness, the total darkness of sin, but we somehow remain content with an immature sight.

As we allow Jesus to touch us more deeply and bring our eyes and hearts into clear focus, he will take us further into the vision he has in mind for us. As a result, we will see people the way he sees them.