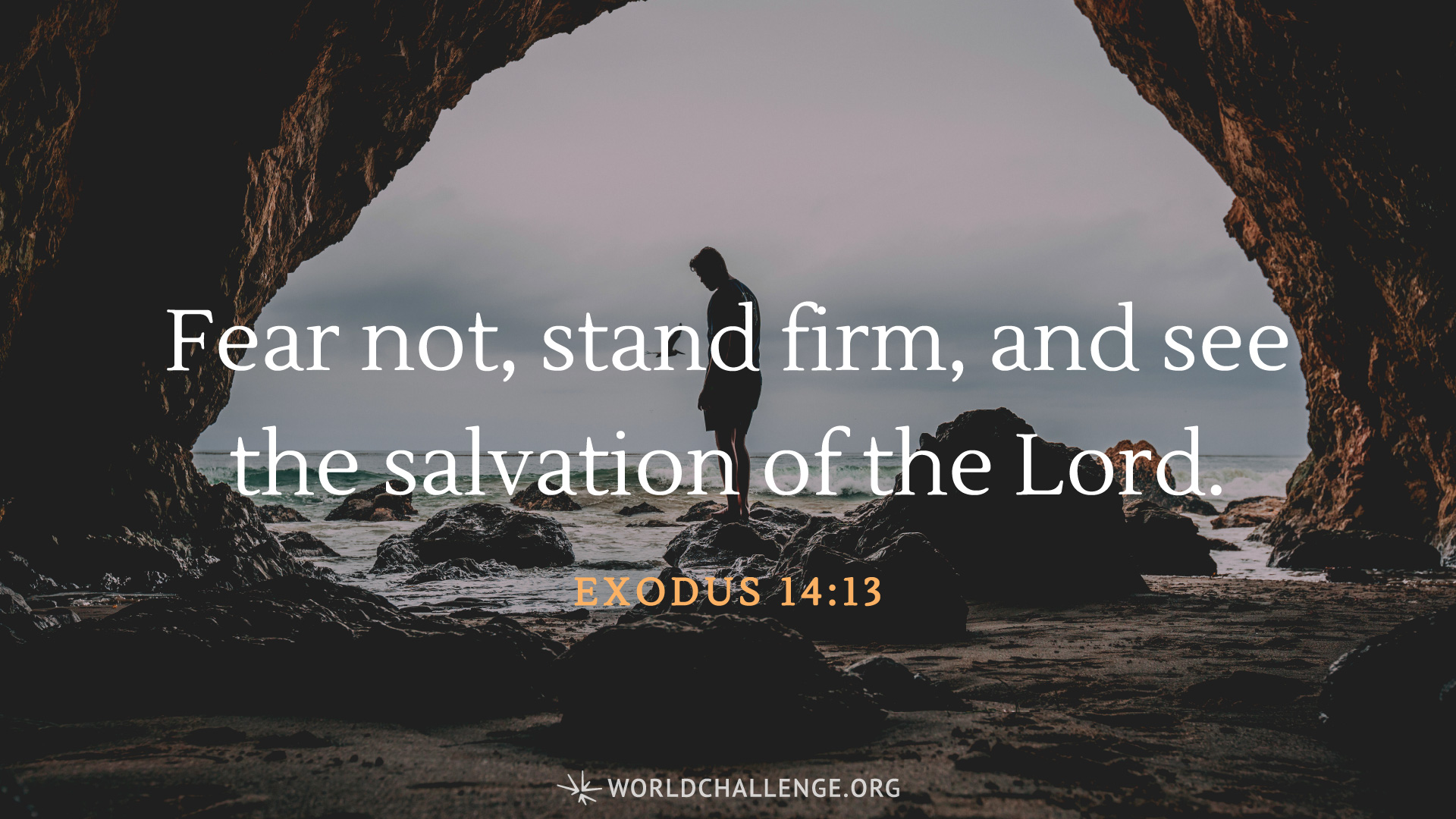 And Moses said to the people, “Fear not, stand firm, and see the salvation of the Lord, which he will work for you today. For the Egyptians whom you see today, you shall never see again.

In the midst of their trial God told Israel to do three things: “Fear not. Stand still. See the salvation of the Lord.” His call to Israel was, “I am going to fight for you. You’re simply to hold your peace. Just be quiet, and put everything in my hands. Right now, I’m doing a work in the supernatural realm. Everything is under my control. So, don’t panic. Trust that I’m fighting the devil. This battle is not yours” (see Exodus 14:13 and 14).

Soon dusk fell over the camp. This was the beginning of Israel’s dark and stormy night. But it was also the beginning of God’s supernatural work. He sent an awesome, protective angel to stand between his people and their enemy.

Dear saint, if you’re a blood-bought child of God, he has put a warrior angel between you and the devil. And he commands you, just as he told Israel, “Do not fear. Stand still. Believe in my salvation.” Satan may come against you breathing every evil threat. But at no time during your dark, stormy night is the enemy ever able to destroy you.

“Moses stretched out his hand over the sea; and the Lord caused the sea to go back by a strong east wind all that night” (Exodus 14:21).

What a storm it must have been. And what a fearful time it had to be for Israel. I ask you, what was God up to here? Why would he allow such a terrible windstorm to go on all night? Why didn’t he just tell Moses to touch the water with his mantle, and part the waves supernaturally? What possible reason did God have for permitting this awful night to take place?

There was but one reason: The Lord was making worshippers. God was at work the whole time, using the terrible storm to make a path for his people out of the crisis. Yet the Israelites couldn’t see it at the time. Many were hiding in their tents. But those who came outside witnessed a glorious light show. They also beheld the glorious sight of waves mounting up, mighty walls of water rising to form a dry path through the sea. When the people saw this, they must have shouted, “Look, God has used the wind to make a way for us. Praise the Lord!”