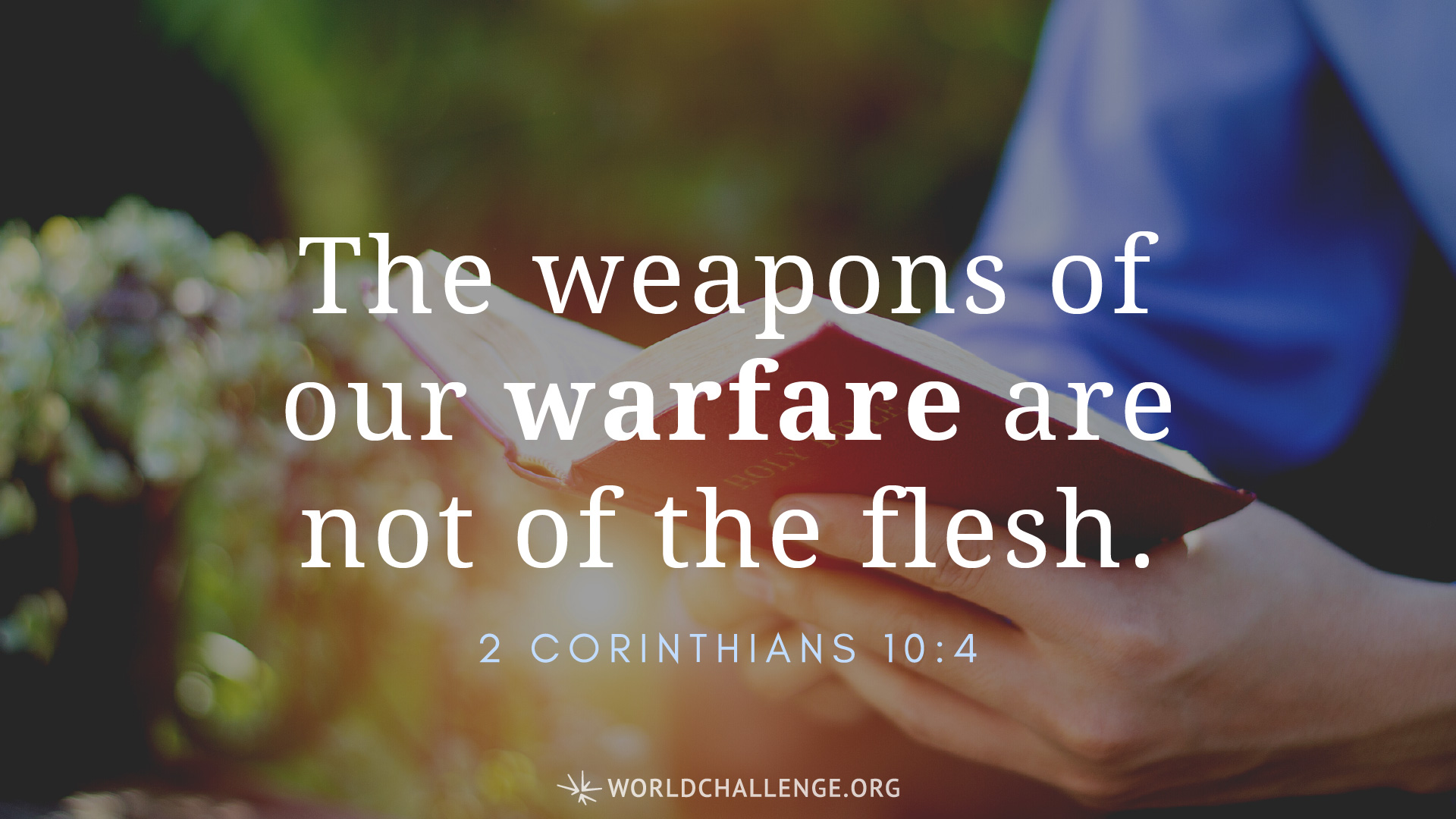 For the weapons of our warfare are not of the flesh but have divine power to destroy strongholds.