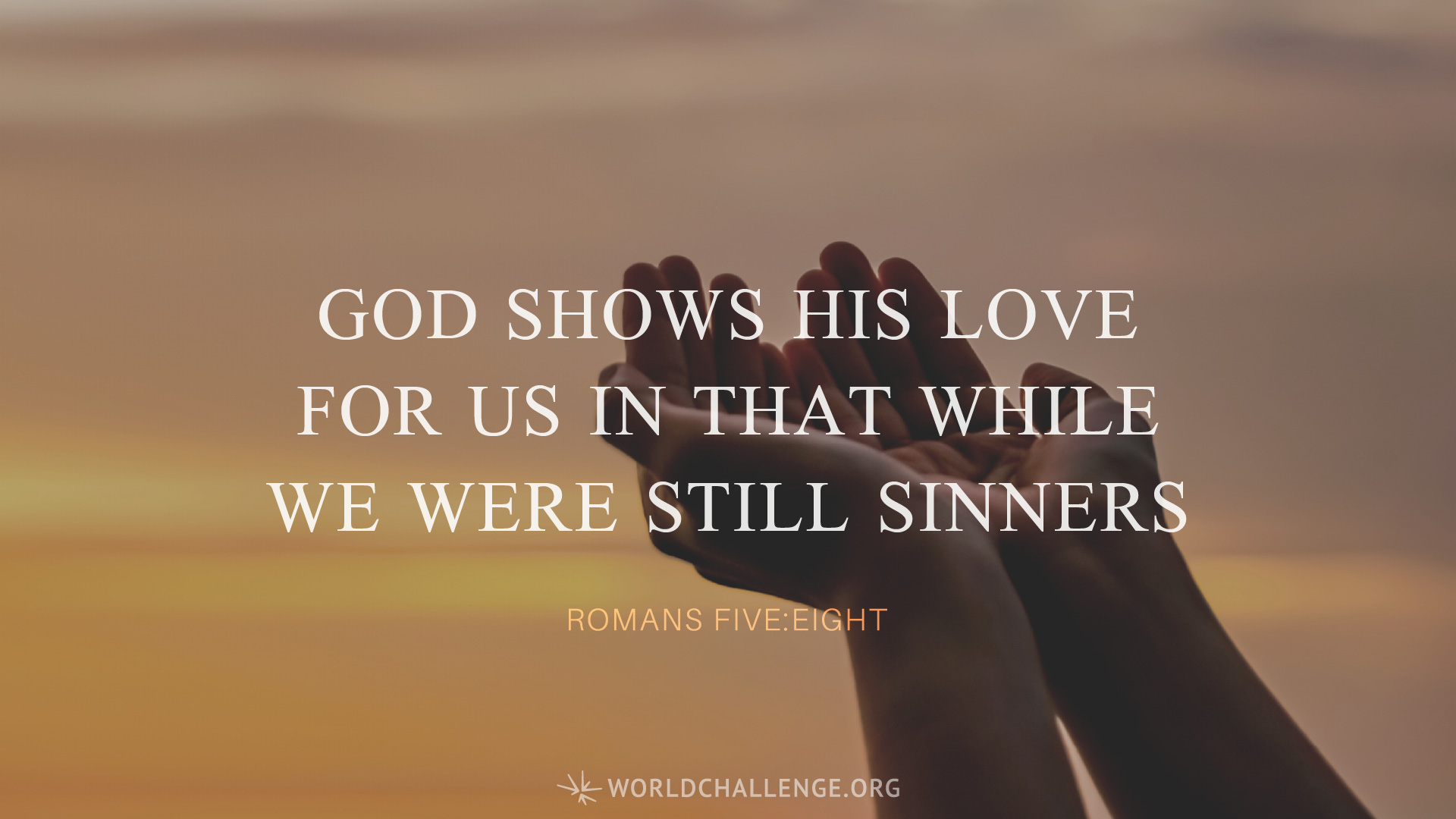 But God shows his love for us in that while we were still sinners, Christ died for us.

As the family of God, we gather in churches to worship, sing, listen and give. But if we’re not careful, we can end up being spectators when it comes to living as Jesus would have us live. Often when we see people in sin, rather than helping them out of it, we harbor a secret hope they’ll be caught. And when they are, we feel justified, thinking, “I knew it. That person’s life always seemed a little off.”

Why do we do this? It could be because we feel guilty about our own sin. We all have something in our lives that others could throw a stone at. The truth is, those Pharisees who brought the woman caught in adultery to Jesus (see John 8:3-11) could have dragged anyone out of the crowd and stoned her. Nowadays, accusing people do that very thing through social media.

As a preacher of the gospel, I love those three words: “Neither do I.” Jesus didn’t condemn her. And that was a radical thing for Him to do. It still is today, when He tells each of us who repent, “Neither do I condemn you.” Yet Jesus got even more radical when He told the religious leaders, “I have much to say about you and much to condemn, but I won’t” (John 8:26). Wow! That sounds like an insult, but in fact Jesus had a whole laundry list of things He could condemn them for. He has a similar list about our lives today. But instead of condemning, He says, “Neither do I condemn you.”

What an amazing moment. It revealed the powerful love behind God’s grace— that “while we were yet sinners, Christ died for us” (Romans 5:8).