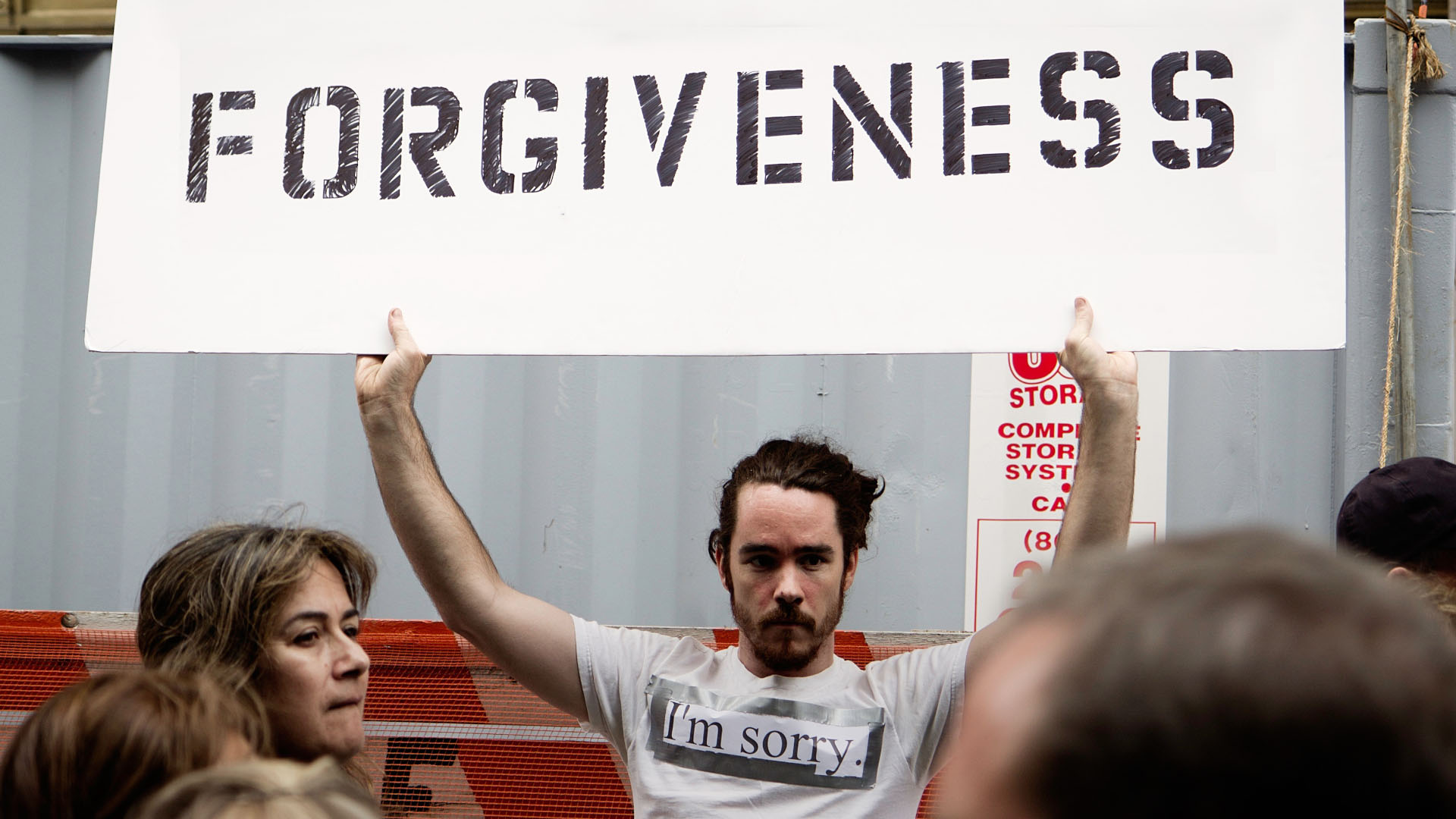 A Question of Forgiveness

"Are there any circumstances, do you feel, where one can be a good Christian and yet not forgive?" —Queen Elizabeth II to Billy Graham, The Crown

A recent article about mental wellness advocated several appealing strategies for letting go of past hurts and creating healthier relationships: look for the positive in the situation, cultivate empathy for the other side and just move on.

It sounds very nice, but how many people are actually able to do this?

The real heart of the problem is that God was nowhere in this polite mix of pop-psychology and secular counciling.

The Bible at least offers sober acknowledgement that your heart-hurt from the sin of another or a damaging situation is very serious indeed. Serious enough for the Son of God to die.

The World Versus the Bible

In their take on the topic, Psychology Today wrote, “Although burying the hatchet usually brings peace to the soul, there may be some exceptions to that advice, such as a case of sexual abuse. Sometimes a victim becomes more empowered when they give themselves permission not to forgive.”

First, “burying the hatchet” implies that simply silencing our hurt is the way that forgiveness works. Dig deep enough, pile enough dirt on top and brush your hands off because you’re fine now!

However, undealt-with pain tends to hang around people’s necks like the proverbial albatross, particularly in relationships. There might not be a hole deep enough for that.

Second, the combination of “empower” and “not forgive” is an oxymoron of Biblical proportions.

When Peter very generously—according to the Pharisees’ statute of forgiving someone three times—asked if he should forgive seven times, Jesus told him to forgive 77 times (Matthew 18:21-22).

Christ then followed this command with a parable about how vast our debt of sin was before God offered us forgiveness.

Our slate was wiped clean. However, that spotless record came at tremendous cost.

While Jesus commands forgiveness, he also never ignores cruelty. When the Pharisees harshly judged a woman with a poor reputation who came to wash Christ’s feet, Jesus roundly rebuked the spiteful onlookers (Luke 7:36-50). He also told the story of the Good Samaritan as a reprimand again the prevalent culture’s racism (Luke 10:25-37). When Jesus found extortionists working over the temple’s crowd, he made a whip and drove the scoundrels out (Matthew 21:12-13).

Jesus, ultimate forgiver, had little patience for those who leeched off the weak and preyed on the socially and emotionally vulnerable.

So where does this leave us? What does forgiveness actually look like?

“The most difficult thing in all the world for Christians to do is forgive,” stated David Wilkerson once in a sermon. “For all the talk in the church about forgiveness, restitution, and healing, there is very little of it truly demonstrated.”

Part of this disparity may come from the strange divorce that frequently happens in the church between forgiveness and boundaries.

As a very helpful Focus on the Family article points out, “While God commands us to forgive others, he never told us to keep trusting those who violated our trust or even to like being around those who hurt us.”

Forgiving is often more complicated than simply “moving on.”

Sometimes damaging behavior needs to change first before a relationship is restored. Sometimes a mediator can be enormously helpful for finding out the facts on both sides without overwhelming pain or emotions getting in the way. In other cases, legal consequences are put in place to keep one individual safe.

Stephanie Romero, who has taught classes on healing and forgiveness for victims of all types of abuse, firmly stated, “In the Old Testament, God had the Israelites set up boundaries for the land they were living in. There are a few reasons for this, but a couple of them really stand out to me. First of all, it was for their protection. I have boundaries around my home, and they serve to protect me and my family.”

She stresses both boundaries and forgiveness, working together, as crucial to any healing process.

The Tools We Have

The act of forgiveness requires God’s presence and a lot of prayer, as does the process of deciding if boundaries are needed and which ones will be healthy.

Gathering believers around you who can pray for you during this time is essential, and a Christian counselor or therapist can be very helpful. If any legal ramifications come into play, hiring one of the aforementioned professionals is highly recommended.

God made us to live in community as the church, but he also knew that we would face inter-relational conflict, need to set appropriate borders in our lives, and be called to forgive in order to heal.

He doesn’t leave us alone to accomplish this often impossible-seeming task; he gives us Christian community, the Word and the Holy Spirit.

“He heals the brokenhearted and binds up their wounds” (Psalms 147:3 ESV).