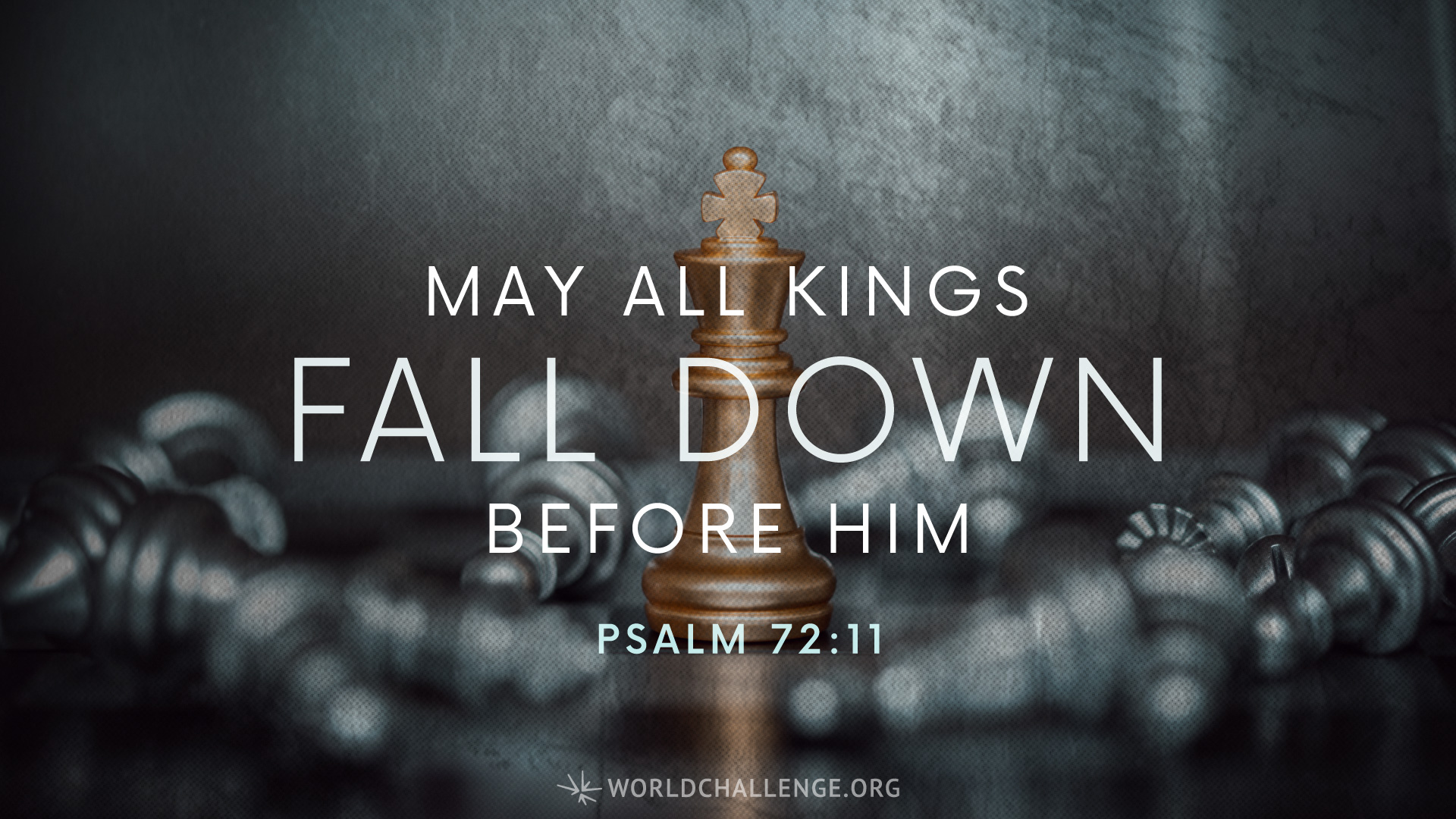 May all kings fall down before him, all nations serve him!

King Nebuchadnezzar set up a golden idol in Babylon and demanded that it be worshiped. Every official, leader and citizen in Babylon’s one hundred-plus provinces had to fall down before this god or face death — roasted alive in huge ovens. However, three devout young Jews in the kingdom refused to bow and the furious king had them thrown into the fiery furnace. But the Lord came down and delivered his servants — and the king cried out, “Blessed be the God of Shadrach, Meshach, and Abed-Nego, who sent His Angel and delivered His servants who trusted in Him, and they have frustrated the king’s word, and yielded their bodies, that they should not serve nor worship any god except their own God!” (Daniel 3:28).

Islam is a religion that is threatening the whole world with the demand to worship its deity, Allah. It is a kind of Babylon, with terrorist organizations demanding, “Bow to Allah or we will blow up your airplanes, bomb your towns, trains, buses and tunnels. We will kidnap you, torture you and behead you. Allah will rule the world and Islam will prevail.”

There is a growing wrath and anger in the hearts of wicked men against the very name of Jesus. We know that Jesus’ name has always been hated by wicked men, but now that hatred has turned into a demonic rage. In fact, his name is slowly and subtly being erased from society by legislative mandates in nations all over the globe.

There is ever-increasing satanic wrath against every devoted follower of Christ. If you are drawing closer to the Lord, then you are facing the full wrath of an angry devil. However, our greatest weapon in pulling down satanic strongholds is the Word of Almighty God. We are not to fret over the battles that Satan seems to be winning. The battle we are in is an eternal one and the gates of hell will not prevail against Christ’s church. Our Father has declared it: Jesus already reigns as King!