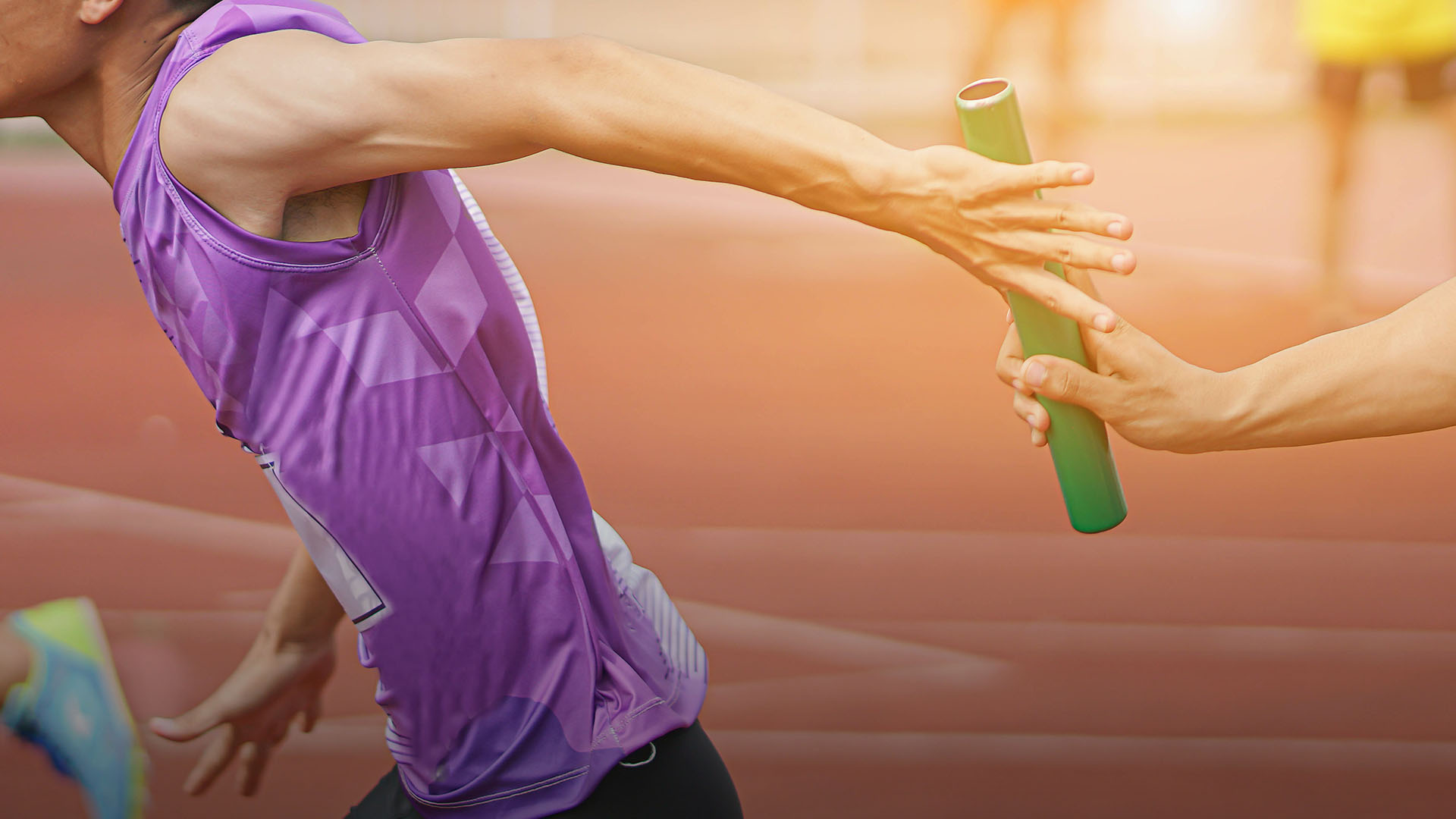 Passing on the Torch

As leaders of ministries, churches or general communities, do we help and prepare future leaders or try to stop and silence them because they’re different?

Martin Luther wrote to his longtime mentor and friend Spalatin upon receiving the church’s summons to the Diet of Worms. Given the vitriol that the Pope and Rome was spewing forth, this meeting looked like the end of the road.

He noted, “[I]f they would employ force in this matter, which is most probable (for they do not want me called there because they want me to learn something), then this matter can only be commended to the Lord. For He who saved the three men in the furnace of the Babylonian king still lives and rules. If he does not want to preserve me, then my head is of slight importance compared with Christ, who was put to death in greatest ignominy — a stumbling block to all, and the ruin of many.

“We must rather take care that we do not expose the gospel (which we have finally begun to promote) to the derision of the godless and thus give our enemies a reason for boasting over us because we dare not confess what we have taught and are afraid to shed our blood for it.

“May the merciful Christ prevent such cowardice on our part and such boasting on their part. Amen.”

So Luther headed out on the road to Worms, expected a bitter trial and possibly execution. He wasn’t being paranoid either. Only a generation before, John Huss had been condemned by the church and burned at the stake. Luther had every reason, based on the church leaders’ reactions, to expect the same treatment. The papal investigator’s reaction, upon arriving in Worms, didn’t exactly provide any reassurance either. He was deeply offended to find tiny woodcut images of Luther with a dove, suggesting this Saxon parvenu was inspired by the Holy Spirit.

Driven by the Spirit, though, described Luther’s life, and God shook the earth through this humble monk.

Fear of the New and Unknown

When God begins to dramatically move in someone else’s life or ministry, our reaction may be to feel left out or jealous and our first temptation may be to denounce them.

We’d all like to believe we’re above this, but even Jesus’ own disciples fell into this pitfall. “John said to him, ‘Teacher, we saw someone casting out demons in your name, and we tried to stop him, because he was not following us.’ But Jesus said, ‘Do not stop him, for no one who does a mighty work in my name will be able soon afterward to speak evil of me.

“For the one who is not against us is for us. For truly, I say to you, whoever gives you a cup of water to drink because you belong to Christ will by no means lose his reward’” (Mark 9:38-41, ESV).

We’re never told who this person was or why they had been granted this power without being one of the twelve. It’s a strange passage, and I understand John’s confusion and indignation alongside the thought of ‘Who does this person think they are? They don’t belong to our group.’

Matthew Henry wrote in his commentary on this passage, “Thus apt are we to imagine that those do not follow Christ at all, who do not follow him with us, and that those do nothing well, who do not just as we do. But the Lord knows them that are his, however they are dispersed; and this instance gives us a needful caution, to take heed lest we be carried, by an excess of zeal for the unity of the church, and for that which we are sure is right and good, to oppose that which yet may tend to the enlargement of the church, and the advancement of its true interests another way….

“That which is good, and doeth good, must not be prohibited, though there be some defect or irregularity in the manner of doing it. Casting out devils, and so destroying Satan’s kingdom, doing this in Christ’s name, and so owning him to be sent of God, and giving honour to him as the Fountain of grace, preaching down sin, and preaching up Christ, are good things, very good things, which ought not to be forbidden to any, merely because they follow not with us. If Christ be preached, Paul therein doth, and will rejoice, though he be eclipsed by it, Phil. 1:18.”

Perhaps that’s the hardest part of working alongside other believers, training up new leaders or handing over a ministry to someone else.

They’ll prioritize other aspects of God and his work. They’ll be gifted in other ways. They won’t do things the same as we did, and it’s very hard not to take the convictions and discipline that the Spirit has laid on us and apply them to this other person.

Preparing the Next Generation

Martin Luther’s controversy with the Catholic Church was complicated, but he initially did everything he could to avoid leaving them while still not compromising the deep conviction God had laid on his heart. He was a professor for new monks, and a leader in the German city where he lived. His famous theses were a plea for other church leaders to help him figure out if the church was on a healthy path or if there was a better way.

His respect for the church and its long history was readily apparent in many of his letters, especially the early ones.

The Roman Catholic Church is arguably one of the world’s oldest, still-functioning, international institutions. For centuries, it helped to guard the church’s doctrine against unbiblical philosophies while creating some of the most iconic statements of belief in Christianity such as the Nicene Creed, the Apostles’ Creed and the Athanasian Creed.

Luther wanted to honor and continue this worthy work. When he began to question some traditions, however, several leaders were threatened by the idea of a monk who was not only German rather than Italian but also the son of a common tradesman potentially rewriting church customs. The Catholic church had defended Christian theology for centuries, but when flexibility and self-critique were finally needed, they seemed unable to bend. Unable to accept a rising leader’s questions, they pushed him out.

Pastor H. B. London Jr. wrote, after years of church planting and leadership, “I realize that it can be difficult, but part of your job is to help find your successor.

“Don’t be threatened. Embrace the season of life you’re in and remember all the people who invested in you as a young pastor. It’s time to give back and share your wisdom with others. Just make sure that you don’t cruise to the end of your ministry. Be aware and productive to its conclusion.”

It's all too easy to be tempted by fear, insecurity or jealousy when new leaders begin to rise and demonstrate that God is moving in their lives, but a healthy senior leader will be eagerly searching for these very people, even when they work differently or make mistakes along the way.

In the biography David Wilkerson, Gary Wilkerson noted how his father went about preparing and working alongside younger leaders. “…[H]e didn’t trust agendas, including his own. He constantly searched his heart to discern whether he was acting by his own will or by what he sensed as God’s leading. He was convinced human agendas could derail the supernatural work of God. ‘That’s the stuff that can ruin us,’ he always said. A godly leader’s role, as he saw it, was to empty himself, not to assert himself….

“Brother Dave had an innate ability to attract young leaders,” Jerry Nance, president of Global Teen Challenge, said. “Brother Dave’s style was very authoritarian, but he also had confidence in you. He was never afraid to delegate. He would throw you into the deep end of the pool because he knew you could swim. He pulled that out of young leaders, and they would just get it done…”

Roger Jonker, who married Debi Wilkerson and worked alongside David in the ministry, added, “It was spooky the amount of faith Brother Dave put in you as an individual. He had prayed about it and asked God for confirmations. So if he felt in his spirit you were right for the job, that had an effect on you. It motivated you to be just as diligent to seek God as he was.”

Mature leaders will desire to help other, younger leaders push toward God, seeking his will. This is part of good leadership.

We can continue being a life-filled part of God’s work as long as we’re willing to trust that his business may look different in other leaders’ lives. After all, this is part of how Christ renews the church in each generation.