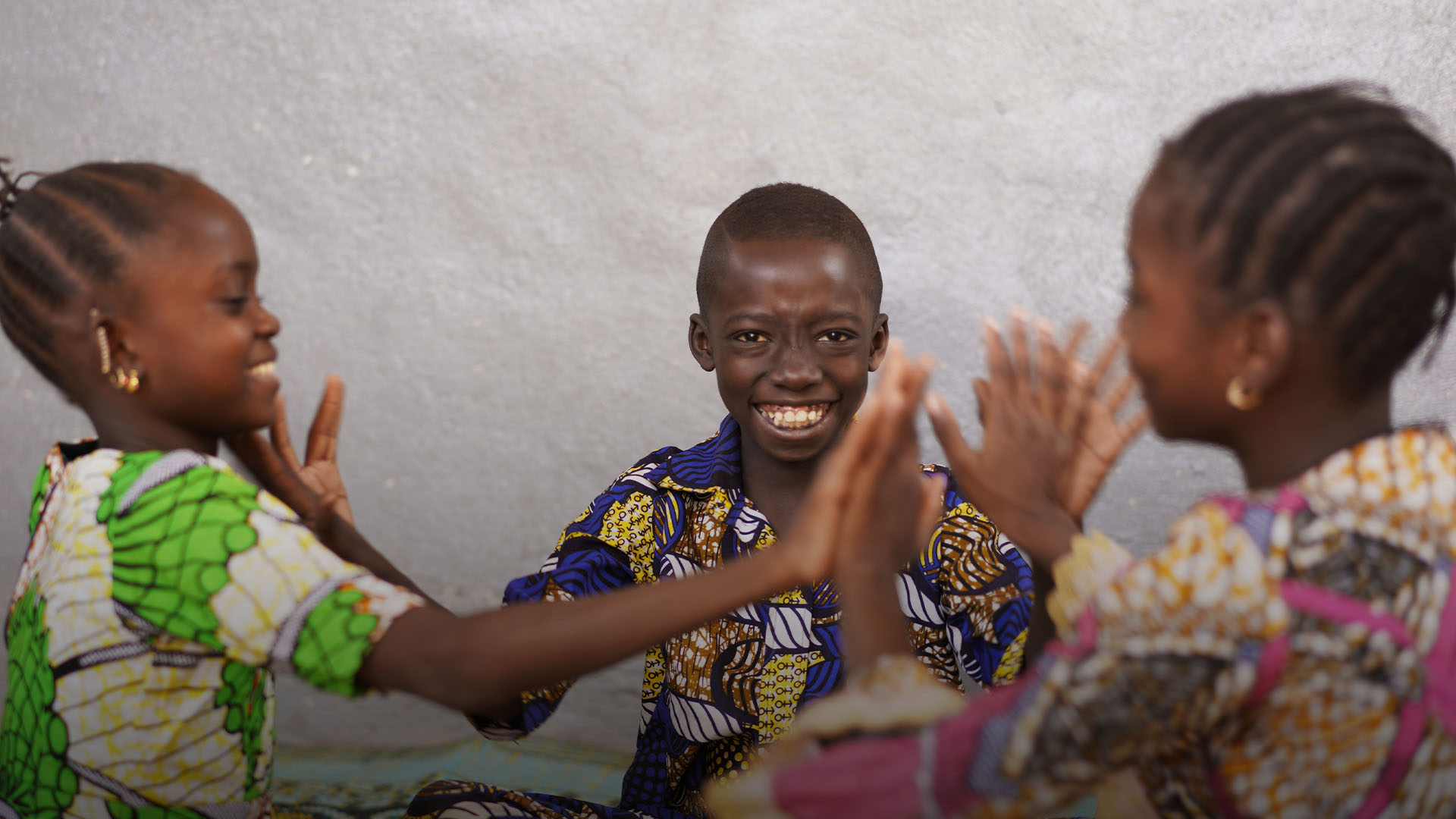 Healing Both Heart and Home

A girl who seemed both lost within herself and separated from every outside connection has awakened to faith and new life.

Lenka* was 14 years old when she was brought to the Eh’ikirezi center, World Challenge’s partners in Burundi. A local administrative leader had found her on the street. As soon as the team saw her, they began praying. It was clear they would need wisdom and a gentle hand with this poor girl.

Despite being a teenager, Lenka was severely withdrawn and didn’t seem to know how to clean or care for herself. The team strongly suspected that she had a mental disability and had suffered some abuse.

On top of this, she had a terrible mass that had grown on her face to the point of deforming her features. Those caring for her soon learned that some people had used to call her “a monster” and other indecent and inhumane names because of the growth and painful misshaping of her face.

The Eh’ikirezi team flew into action. Lenka was given new clothes, and the center’s volunteers gently taught her how to wash and dress herself as well as brush her teeth and was her own hands. They all knew, however, that the hardest work was ahead.

Hope on the Horizon

The main goal of the Eh’ikirezi center is to reunite lost or abandoned children with a family member, whether that involves helping the parents become responsible and stable enough to care for their child or finding extended relatives who would be willing to raise a little boy or girl. If neither of these options are available, the team works through the local church to find a safe and healthy foster family for the youngster.

Lenka's mental handicap posed a significant obstacle to finding out any information from her about her family or community of origin. One team member explained, “If she told us the place where she was from one day, we should expect very different story a day or two later.” She hardly seemed to have any clear memories of her past.

Meanwhile, a team member took Lenka to the hospital for an overall health examination, customary procedure with every child they received.

The news doctors came back with was even more grave than they anticipated. Lenka was HIV positive, and her immune system was badly compromised. The mass on her face was the result of a secondary illness that can result from untreated HIV and often turns into cancer. Her body was also suffering from the affects of long-term malnutrition. Doctors grimly advised that they take Lenka to a hospital in the capital that specialized in treating severe cases of HIV and AIDS.

Once in the capital, Lenka was examined, and the team received their first hopeful news. One of the renowned specialists suggested that what appeared to be a mental handicaps could be the side effects of HIV and malnutrition.

He immediately prescribed Antiretrovirals Therapy for her and instructed the team on the specialized care she would need. There was hope for Lenka.

Growing Toward the Light

The team cared for Lenka, and a light seemed to grow within her, but it was slow over the course of six long months. “Glory be to God who enabled each of us to show Lenka the great love of Jesus Christ during her difficult and dark times,” one team member shared. “Day after day, we could see changes in her life. We could see the love of Jesus dawning on her face.”

Lenka gradually began to play with the other children and talk a little with the team. Counseling helped her learn how to express herself, and the prayer meetings and Bible classes awakened her spiritually.

While Lenka healed physically and spiritual, the team was searching for any living family that she might still possess, and they finally hit a strong lead. A community on the Tanzania border of Burundi recognized Lenka's family name. They reported that her parents had both died but that she had an aunt who also lived in a border town.

The team contacted Lenka's aunt and reunited them, working to help Lenka reintegrate with family and instructing her aunt in how to continue her Antiretrovirals Therapy. She is now living full time with family, continuing to heal and grow.

*Name changed to protect the privacy of this individual.