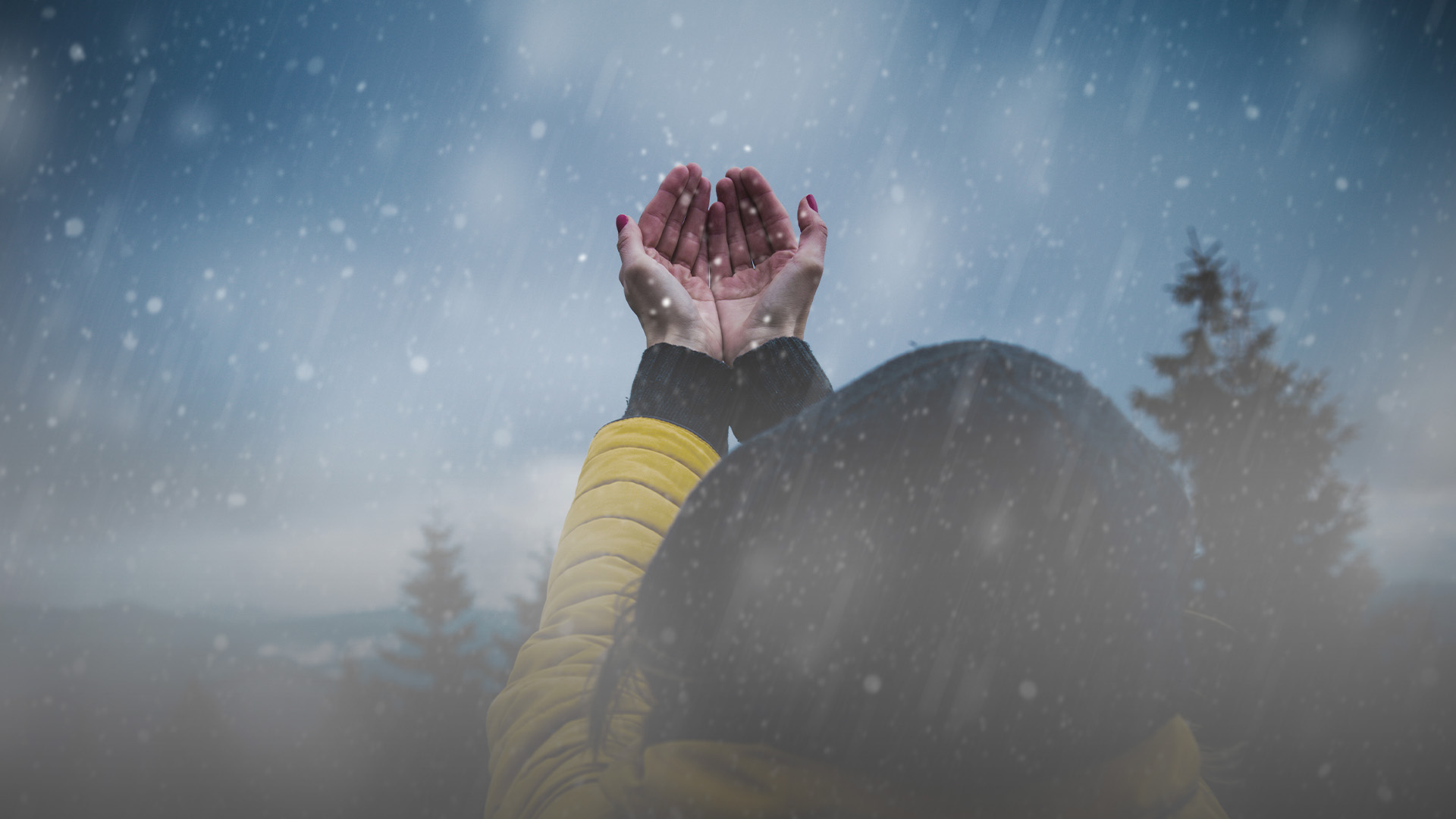 An Outpouring of the Holy Spirit

The Power to Face Tribulation Begins with Zealous Prayer

The Bible tells us that in the last days, the church will experience perilous times. Evil will become so pervasive that many will fall away from the faith and drag others with them. Paul warned his mentee Timothy to avoid Christians “having the appearance of godliness, but denying its power” (2 Timothy 3:5, ESV). John of Patmos spoke of believers whose lukewarm faith so angers God that he’ll spit them out of his mouth (see Revelation 3:16). Jesus said even devout Christians will be tempted to fall away. “For false christs and false prophets will arise and perform signs and wonders, to lead astray, if possible, the elect” (Mark 13:22).

In the midst of tribulation, however, God always has good news for his people. Christ’s church was actually born into a world of wickedness and cruelty, subject to Roman rule. Acts tells us, “The kings of the earth set themselves, and the rulers were gathered together, against the Lord and against his Anointed” (Acts 4:26), yet the same passage says that even the most powerful principalities operate in vain: “Why did the Gentiles rage, and the peoples plot in vain?” (Acts 4:25).

Many early believers were put to death for their faith, yet that ignited the powerful spread of the gospel throughout Asia as Christians were driven out of Jerusalem. The good news of Christ took hold everywhere as people experienced his saving love and miraculous works through the faithful witness of his followers.

Even the hardest times will see an increase of God’s kingdom, born out of the fervent prayers of his people.

When turmoil abounds in the world and we face an onslaught of evil, we turn to God to discern the times and perceive the movement of his Spirit. This is exactly what the first church did. Under intense persecution, the people prayed, “And now, Lord, look upon their threats and grant to your servants to continue to speak your word with all boldness, while you stretch out your hand to heal, and signs and wonders are performed through the name of your holy servant Jesus” (Acts 4:29-30).

What resulted from their prayer? The very next verse tells us. “And when they had prayed, the place in which they were gathered together was shaken, and they were all filled with the Holy Spirit and continued to speak the word of God with boldness” (Acts 4:31). Their heart-cries led them to be filled with the Spirit. They were not shut down by tribulation but were empowered to speak the gospel even more powerfully.

We are not living in ordinary times. If we want to see God’s increase in these days, we need to cry out in prayer as the early church did. Being satisfied with a half-measure of the Spirit won’t be sufficient to see us through. We need to be filled as the first Christians were, empowered to speak “the Word of God with boldness.” Then we’ll see the plots and plans of evil powers come to nothing.

Jesus provides our example of deep, earnest, tearful prayer. Hebrews tells us, “In the days of his flesh, Jesus offered up prayers and supplications, with loud cries and tears, to him who was able to save him from death, and he was heard because of his reverence” (Hebrews 5:7). When Christ prayed to see his Father’s kingdom come on earth, it was “with loud cries and tears.”

Paul was filled with the same tearful zeal over his own time. “For many, of whom I have often told you and now tell you even with tears, walk as enemies of the cross of Christ” (Philippians 3:18).

So, what happens if the church remains undisturbed by increasing evil in the world? What happens if we continue in apathy, lacking concern, with no brokenness of heart or zealous pleading to see Jesus lifted up? John has already given us God’s warning: “So, because you are lukewarm, and neither hot nor cold, I will spit you out of my mouth” (Revelation 3:16).

Even in the Old Testament, David wasn’t satisfied with a half-measure of God’s Spirit.

David knew the dangers of a faith gone stale. Throughout the Psalms, we see him continually seeking a fresh touch from the Lord. He confesses his wanderings from God’s commands and cries out to him to keep his steps straight.

That’s the desire also of the author of Psalm 42. Consider the hunger of this zealous, reverent heart. “As a deer pants for flowing streams, so pants my soul for you, O God. My soul thirsts for God, for the living God…. Deep calls to deep at the roar of your waterfalls; all your breakers and your waves have gone over me” (Psalm 42:1-2, 7).

This cry for more of God went up during a time of darkness. The Psalmist was being taunted and mocked for his beliefs. “I say to God, my rock: ‘Why have you forgotten me? Why do I go mourning because of the oppression of the enemy?’ As with a deadly wound in my bones, my adversaries taunt me, while they say to me all the day long, ‘Where is your God?’” (Psalm 42:9-10).

Yet the Psalmist never lost hope, reminding himself of God’s faithfulness despite the worst of times. “Why are you cast down, O my soul, and why are you in turmoil within me? Hope in God; for I shall again praise him, my salvation and my God” (Psalm 42:11).

Indeed, the Psalms promise us not tragedy but a glorious harvest. “Those who sow in tears shall reap with shouts of joy! He who goes out weeping, bearing the seed for sowing, shall come home with shouts of joy, bringing his sheaves with him” (Psalm 126:5-6).

What awesome news! Despite the assaults of dark powers, Christ’s church is going to reap a harvest. Even in such times—especially in such times—we are commissioned to have an indescribable impact on a society hell-bent on its
own destruction.

The earth’s loud groans are God’s method of bringing about a glorious work in his people and the salvation of the lost.

While we may see an even greater level of animosity toward God, we’ll also see a greater desire among Christians to see Jesus lifted up. Right now, God is using the times to burn away the chaff in the hearts of his people, removing everything that chokes out a holy hunger for him.

In a time when Satan has darkened minds with evil deception, we’ll see a testimony rise up. Every heart that hungers for righteousness, sowing tears over a broken world, will be fed by the Lord himself. He’ll fill our minds with glorious visions and our mouths with prophetic words that we never thought ourselves capable of speaking. “And it shall come to pass afterward, that I will pour out my Spirit on all flesh; your sons and your daughters shall prophesy, your old men shall dream dreams, and your young men shall see visions” (Joel 2:28).

All our anguished cries will become joyful testimonies in public places. The name of Jesus, formerly pushed to the sidelines, will become a beacon to all whose hearts fail them for fear. We’ll be approached by souls hungry for meaning and purpose, starved for earthly solutions and eternal promise. They’ll come to us in our neighborhood, our office cubicle and our dorm room, saying, “Please, can I speak with you? My life is breaking into pieces, and I see something different in you. While the whole world comes apart, you have peace. Would you help me understand what you have?”

Just when the enemies of God sense victory, their plots and plans will be rendered in vain. Christ’s body will offer this witness: “And they have conquered him by the blood of the Lamb and by the word of their testimony, for they loved not their lives even unto death” (Revelation 12:11). The end of the story is a good one because despite all worldly despair, we know the author who’s writing it.

I hear a lot of Christians say, “The world isn’t worse now than ever. Things have always been this way.”

Some Christians claim, “Every generation has doomsday preachers. They’ve always said, ‘This is the vilest time in history.’ But Satan is continually pouring out evil. He never lets up.”

It’s true that the devil hasn’t changed his tactics. The difference today is he’s finding multitudes of more receptive ears. The greater ground he gains, the more he seeks to claim. He’s stirring up more depraved thinking, urging those who oppose God, “It isn’t enough. You want more!”

Please understand, folks with darkened  minds are not our enemies. We aren’t to judge those who pursue lifestyles different from ours. We’re to love them with the love we’ve been shown by Jesus, to present them with the same good news we need as fellow sinners requiring forgiveness and salvation.

By the Holy Spirit, I envision us drowning out the world’s cries with our own, “It’s not enough! There must be more of God’s Spirit in our hearts, more boldness to preach his good news, more righteousness to stand for justice, more power to break Satan’s grip over every heart he dominates.”

Will you stir up your spirit to seek God for more of his Spirit, more tears over a broken world, more hunger to see Jesus work through you? I want to be one who says, “What I see today is not enough. Fill me, Lord, use me, work through me to bring about your kingdom for your name’s sake.” I trust you’ll join me in pleading for an outpouring of his Spirit as never before. Amen!

FOOD FOR YOUR COMMUNITY

The people of Liberia have survived several waves of epidemic diseases and civil war, and now their people are rising up to help a community finally recover. 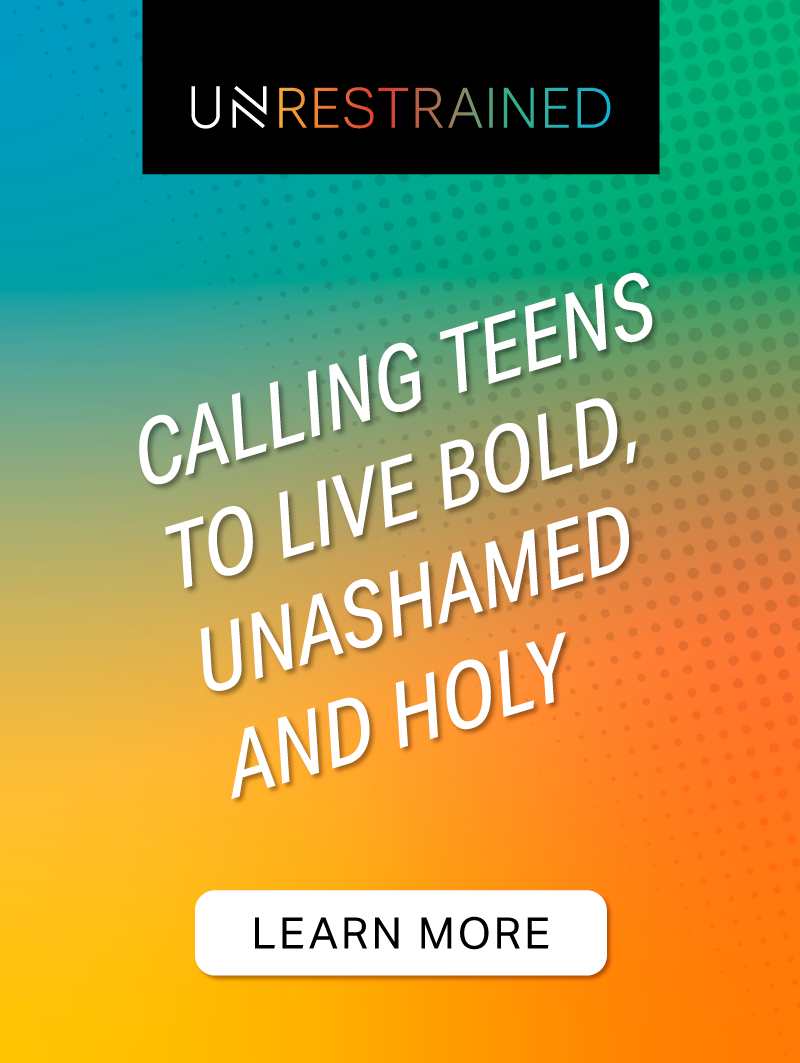